It is a testament to the genius of Samuel Beckett that after 60 years, Waiting for Godot can still astonish with its cutting-edge brilliance, even in a low-key staging like the one Ian McKellen and Patrick Stewart are now starring in at the Cort Theatre.

McKellen and Stewart are, to borrow a phrase from Beckett, "tray, tray bong" as the tramps Estragon and Vladimir, aka Didi and Gogo, trying to decide whether to go or remain by that barren tree in the hopes that the world's most famous no-show will finally turn up.

Two of the finest actors on the English-speaking stage, McKellen and Stewart approach these now-classic roles as a pair of Existential vaudevillians, trawling for laughs more than attempting to explore any of the philosophic conundrums in a play Beckett described as a "tragicomedy."

The debate over the "meaning" of Godot has raged for decades. Some find the play full of hope; others see only despair. Some detect an argument for the existence of God; others see a rebuttal. The truth is that the play can mean pretty much whatever one wants it to mean. It is, in the words of the critic Eric Bentley, the "quintessence of Existentialism."

From an opening exchange (Vladimir: "So there you are again."; Estragon "Am I?") to the now-famous lines near the end (Estragon: "I can't go on like this"; Vladimir: "That's what you think.") Waiting for Godot is at once a humorous and terrifying examination of the futility of the human condition.

Written in French in 1948, the play was considered so bizarre it could not find a producer until 1953 when the small Theatre de Babylone on the Left Bank in Paris mounted a production. Its American premiere, in Beckett's own English translation, was in a dinner theater in Florida. It went from avant-garde to classic almost overnight and remains the foundation on which the entire Absurdist movement in the theater was built.

Stewart and McKellen are ideally suited to the roles of the two lost souls. They sing, they dance, they urinate, they contemplate suicide, anything to pass the time. McKellen, in a scruffy beard and looking like a bedraggled Gandalf with a hangover, conveys all the pain of taking off a boot and putting it back on. Stewart, wandering about like he's lost in space, is a study in perplexity as he gazes into his hat hoping to find an answer to the mysteries of life hidden there. When the wayfaring Pozzo and Lucky arrive, they are all agog.

The excellent Billy Crudup as the badly misnamed Lucky is balletic as he pirouettes about the stage at the end of a rope, balancing his master's baggage, and rattles off his nonsensical monologue with the conviction of a preacher delivering a Sunday sermon. Aidan Gemme, who alternates with Colin Critchley in the role, was suitably vague as the Boy messenger from Godot in one recent performance.

The one jarring element to this revival is Shuler Hensley's Pozzo. Shouting his lines with bombastic vehemence and in a broad Southern accent, it almost seems as though Hensley is attempting to transfer his Tony Award-winning performance in Oklahoma! to Beckett's play.

Under Sean Mathias's direction, the action moves smartly along for the most part, though it occasionally lags a bit here and there. And while the debate over the correct pronunciation of Godot remains unresolved, this revival insists the character Pozzo should be called Pazzo, which means quite something else. 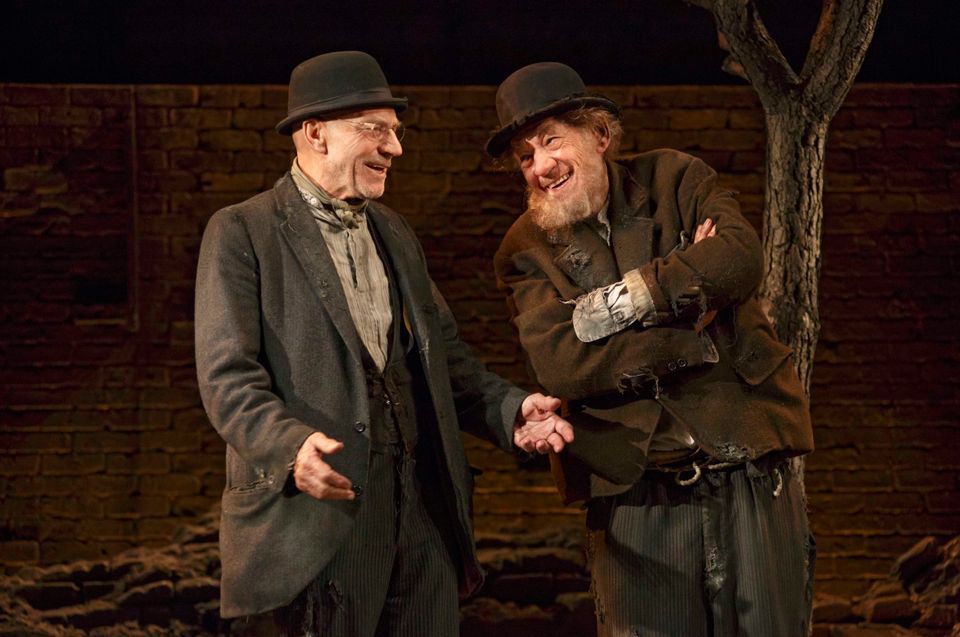