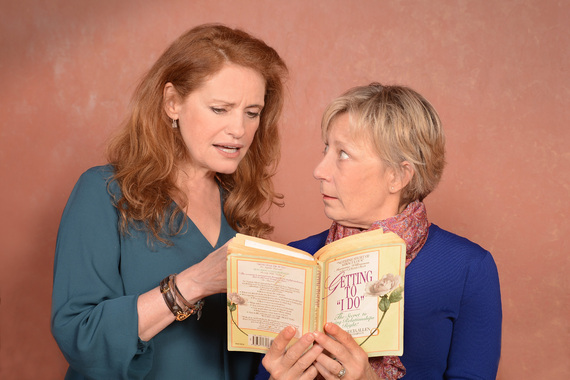 When playwright/actress Sharon Sharth suffered a freak onstage accident that dislocated her jaw during a performance at the Old Globe Theatre, her doctors told her to "get a new career." "I could barely open my mouth," recalls Sharth, "and the doctors were pushing me to have surgery, but I refused." So she took a detour into a successful career as a children's author, but the stage continued to beckon.

After moving to Los Angeles, Sharth took the first steps back to acting. Since then, she has been nominated for best leading actress awards for both Woman In Mind by Alan Ayckbourn and for A Perfect Ganesh by Terrence McNally, and recently won an L.A. Scenie Award for Outstanding Performance by an Actress in a Featured Role in the Rubicon Theatre production of See Rock City by Arlene Hutton. She also has appeared at the Odyssey with Jane Kaczmarek and Gregory Harrison in The Snake Can by Kathryn Graf. Films include starring roles in Doorman with Bradley Whitford and Eat and Run with Ron Silver.

Even as she returned to the stage, Sharth continued her writing - this time for the theatre. "I was thinking about the men in my life," says Sharth, who was single at the time, "and so I started writing about that and ended up with a one-act play." As she was writing, she met author Mark Bryan, who co-wrote The Artists Way, a best-selling guide to creativity. Before long, they were married, and Sharth had a second act for her play, Waiting for Grace. Waiting for Grace

"In many ways," says Sharth, "the play is the story of a generation of women who were caught between marriage and career. In that way, it may be controversial, but I believe it has a universal message for women, and for men as well." Waiting for Grace opens on November 12th at the Odyssey Theatre. It is directed by Lee Costello and features, in addition to Sharth, Pamela Dunlap, Lily Knight, Todd Babcock, Jeff LeBeau and Bob Telford.