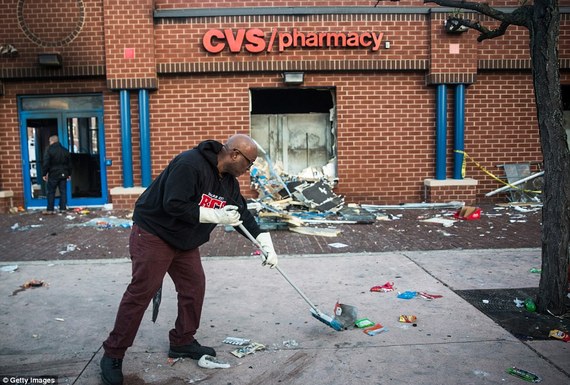 It seems that whenever a racial, or racialized incident takes place, we always tend to invoke the words of the great Reverend Doctor Martin Luther King Jr. While many lament, what would Martin do or say, we have to come to the stark realization, that Martin, and for that matter Malcolm, Medgar and Sister Rosa, are no longer on this Earth and are not walking through that door to "save us."

Martin Luther King Jr. was killed on April 4, 1968 in Memphis, Tennessee. I was minus two years old. My generation, "Generation X," or the "Post-Civil Rights Era," grew up not only knowing Dr. King as someone who, according to our families, "did good things in history," but for many of us, were less than six degrees of separation from him. Whether it was through our own families, or family friends, someone knew him, marched with him, went to college with him, or was a part of a Civil Rights Organization that worked in concert with Dr. King. We, those of us in Generation X, are now in our 40s or older and some hold positions of power, while others are still on the margins Dr. King fought against. Some of us are parents, or maybe even grandparents. Every time someone invokes the name of Dr. King, many of us immediately stop in reverence, and admire the man we feel as if we knew, even though none of us walked a mile with him or protested alongside him. We "know" Dr. King as if he were a family member and not just a name in bold in a history book. Perhaps it is up to us, to lead the next generations into seeing his true vision of everyone having qualities which make up a leader rather than looking for a singular messiah.

With all of that said, it is time to understand that we are the change we are looking for.

We all hoped that the leaders who stood immediately right beside King, or seemed to be his designated successors would "lead us" into a better tomorrow. Unfortunately, for a plethora of reasons it has not happened as smoothly or to the extent many expected. Human beings, regardless of their station in life, as we now know so agonizingly, are fallible. Social media has both shone a critical lens on every word anyone has ever spoken or written, as well as connected us together. The incessant 24/7/365 news media cycle means that channels are starving for news and will term most anything "newsworthy" as they see fit (think Shark Week). What has not happened in this more transparent society is the ascension of a successor to the King, as in Martin Luther King Jr.

The question is why?

Why do people feel such a strong need for leaders? Leaders historically have guided people to the "promised land." From Biblical times through the "Great Generation" who defeated evil in World War II, and then came home and fought the Cold War for decades, we have always had "leadership" to guide us to a better tomorrow. We may not have always agreed with those leaders, but it is undeniable that there have been strong leaders both in politics and the public arguably up until a watershed moment. Watergate.

I believe that even after the assassinations of John Kennedy, Medgar Evers, Malcolm X, Martin Luther King and Bobby Kennedy, there was a brief period from 1968-1973 in which we as a nation, still believed in leaders and heroes.

Where does that lead us today as Baltimore is recovering from yet another uprising? When people are organizing, marching and protesting in numbers unseen since the late 1960s? Where are the organizations leading us towards a better tomorrow? Where are the individuals who sacrifice and put themselves in harms way to make the world a better place? They are right here, right in front of our noses. We may not know their names. We may not erect statues for them on the Capitol Mall in Washington, D.C., but know this, they do exist. If we want proof, think of how much of a tinderbox we have been living in between the death of Martin and the election of President Obama. That things haven't gone deeper into the constant fear and violence that permeated the decade of the 1960s is a testament to the grassroots organizing that takes place around this country, in ever urban, suburban and rural area.

Being a leader is within us all. Each of us can take that difficult first step of speaking up and speaking out when it comes to issues that are important to us, no matter the issue. We do not need to be leading marches or rallies, giving speeches, or being on TV to be seen as leaders. The small steps each of us take; collectively lead us as a nation into a better tomorrow.

So what we need is not another King, he is gone. Long live the King. Most importantly, long live those with whom his memory, tactics, love, and faith are demonstrated in every community, every neighborhood, and yes, every mountaintop in this nation. As Public Enemy said, it takes a nation of millions to hold us back.