The inspiring story of a Utah Chili's waitress who "fixed" a sliced cheeseburger for a young girl is just one more example of how a simple act of kindness can have a large impact.

This part weekend, Anna MacLean, 25, took her little sister Arianna Hill out to lunch at Chili's before going to see the Easter bunny. MacLean told ABC News that Arianna, who is autistic, "was really enthusiastic" and "told the waitress, 'I'll have my cheeseburger.'"

But when the meal arrived, something was wrong: The burger was "broken," Arianna said sadly.

“Automatically we cut it in half so it’s easier for the kids to eat,” the family's server, Lauren Wells, explained later to CBS affiliate KUTV 2.

While some servers might have laughed off Arianna's reaction as childishness, Wells immediately ordered a new (and unsliced) burger for no extra charge, after MacLean explained that Arianna had an autism spectrum disorder. When Wells told manager Brad Cattermole about the situation, he too went over to Arianna and apologized for the mishap.

“I was like, ‘Did we bring you a broken hamburger?’ And she (said), 'yeah,' and so I told her we’ve got another one coming on the way in just a second," Cattermole told Utah local station KSL 5. "I offered her some French fries to munch on while she’s waiting."

MacLean was so impressed by the Chili's staff's reaction that she posted the whole story on the chain's Facebook wall, along with a picture of a happy Arianna kissing her new, fixed burger.

"Being a child with autism, she has to have certain things in a particular order at all times. One slight change in her routine can change the course of the day instantly," MacLean wrote. "I was so touched by this experience. Especially since I know people who have been asked to leave restaurants when their child with autism is being disruptive. I expected a few different things with this scenario based on past experiences, but I did NOT expect such kind and compassionate mannerisms from Lauren and Bradley."

By understanding the situation and acting with professionalism and compassion, MacLean said the Chili's staff literally saved the rest of Arianna's big day.

“She made my day for sure," Wells told KUTV. "I will never forget this in my lifetime now."

The picture of Arianna kissing her cheeseburger has since been shared over 130,000 times on Facebook, and has racked up over half a million likes since it was posted Sunday. 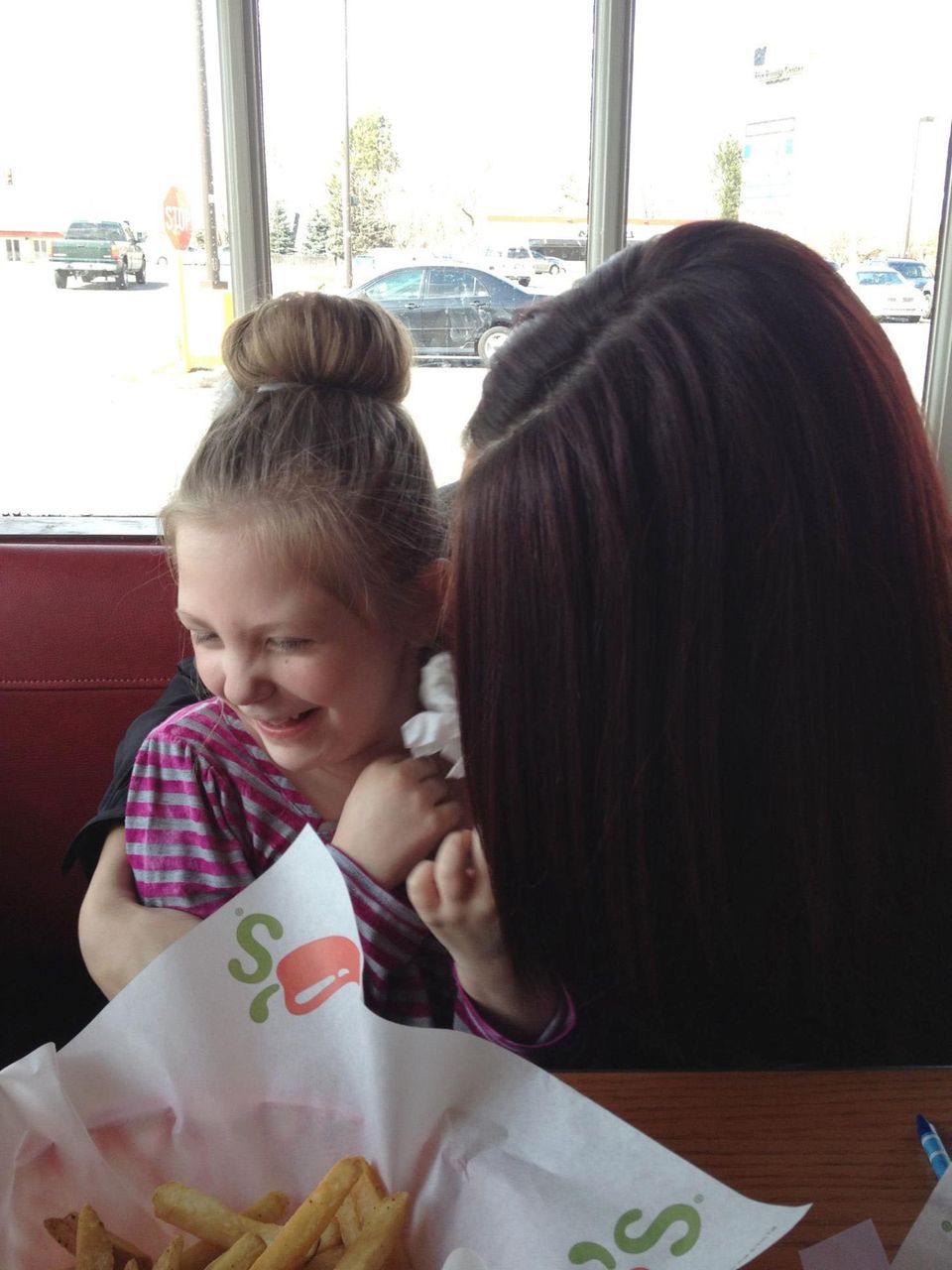