57 days ago, in the dead of night, the worst environmental nightmare in U.S. history began.

The spill cam, requested by Congress, has brought the horror into homes across the country, as we watch tens of thousands of barrels of oil billowing into the Gulf every day.

For years, the oil industry swore this could never happen. We were told that technology had advanced, that offshore drilling was safe.

BP said they didn't think the rig would sink. It did.

They said they could handle an Exxon Valdez-sized spill every day. They couldn't.

Now the other big oil companies, testifying in Congress today, contend that this was an isolated incident. They say a similar disaster could never happen to them.

And yet it is this kind of Blind Faith -- which is ironically the name of an actual rig in the Gulf -- that has led to this kind of disaster.

In preparation for this hearing, Congress reviewed the oil spill safety response plans for all the top five oil companies.

What we found was that Exxon, Chevron, ConocoPhillips, Shell and BP have response plans that are virtually identical. The plans cite identical response capabilities and tout identical ineffective equipment. In some cases, they use the exact same words and made the exact same assurances.

The covers of the five response plans are different colors, but the content is ninety percent identical. 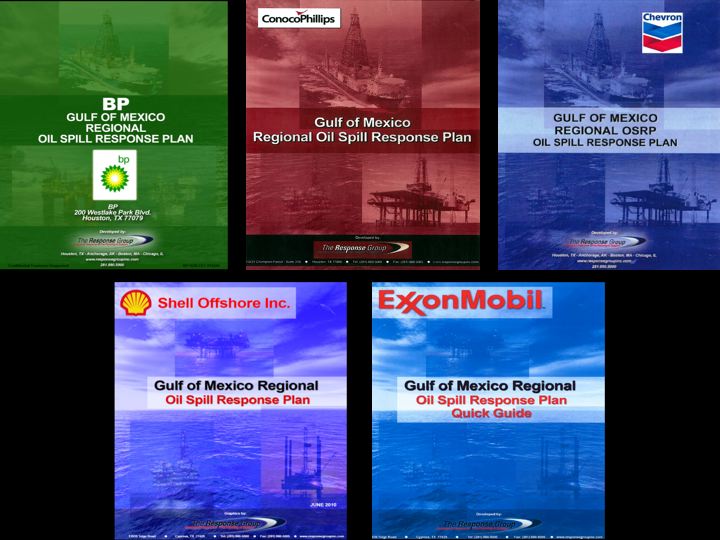 Like BP, three other companies include references to protecting walruses, which have not called the Gulf of Mexico home for 3 million years.

Two other plans are such dead ringers for BP's that they list a phone number for the same expert - a man who has been dead since 2005.

The American people deserve oil safety plans that are ironclad and not boilerplate.

We now know the oil industry, and the government agency tasked with regulating them, determined that there was a zero chance that this kind of undersea disaster could ever happen.

When you believe that there is zero chance of a disaster happening, you do zero disaster planning. And the oil industry has invested nearly zero time and money into developing safety and response efforts.

The oil companies amassed nearly $289 billion dollars in profits over the last three years. They spent $39 billion to explore for new oil and gas.

Yet the average investment in research and development for safety, accident prevention, and spill response was a paltry $20 million per year, less than one-tenth of one percent of their profits. 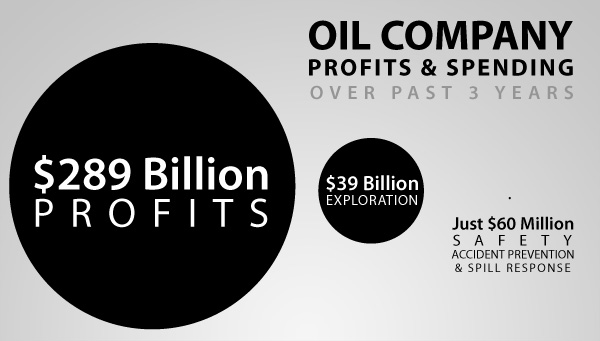 The oil companies may think its fine to produce carbon copies of their safety plans, but the American people expect and deserve more. It is time to expect more from the oil industry. And that needs to start today.

First, Congress must ensure that there is unlimited liability for oil spills by oil companies. While we try to cap this well, we must lift the cap on oil industry liability.

Second, Congress must also enact wide-ranging safety reforms for offshore drilling. If oil companies are going to pursue ultra-deep drilling, we must ensure that it is ultra-safe and that companies can respond ultra-fast.

Third, the free ride is over. Oil companies need to pay their fair share to drill on public land. Right now every single one of the companies here today and dozens of others are drilling for free in the Gulf of Mexico on leases that will cost American taxpayers more than $50 billion dollars in lost royalties.

And finally, America must move to a safer clean energy future so that we don't have to rely as much on oil to power our cars and our economy. The House has acted, passing the Waxman-Markey American Clean Energy & Security Act. Every day we delay action, Chinese moves ahead in wind technology. The Germans create more solar jobs. Worst of all, American consumers send half a billion dollars a day to OPEC and countries that wish us harm.

In overwhelming numbers, the American people are ready to start working our way to a clean energy future. They want to wake up from BP's oil spill nightmare to a future powered by clean, safe energy solutions.