It sounds odd, but for four friends who just walked more than 1,200 miles to the FIFA World Cup, their ultimate goal was never really the soccer tournament itself.

The crew of Brits, who departed on foot from Mendoza, Argentina, in early March of this year, aimed to raise more than $30,000 to build a water well in Bahia, a state in the eastern part of Brazil that is in the midst of a severe drought.

"In direct contrast to the [glitz of the World Cup]," one of the walkers, Ben Olsen, wrote in a piece for The Guardian, "[Bahia] has suffered its worst drought in a generation, with desperate water shortages causing the deaths of a million cattle, the failure of corn and cassava crops and the lives of up to 10 million people to be irreversibly affected."

@FA 3 England fans walking 1966km to Brazil World Cup for Brazilian charity, can we get a shout-out? #Brazil2014 pic.twitter.com/x0aDZOxjd0

The 1,221-mile journey from Mendoza, Argentina, to Porto Alegre, Brazil, via Uruguay, took the travelers, identified as Adam Burns, Dave Bewick, Pete Johnston and Ben Olsen, just under 100 days, given their arrival in Porto Alegre -- one of the host cities for the World Cup -- on Sunday. As of June 13, the men have raised more than half of their goal for the J de V Arts Care Trust.

The four relied on a "mixture of roadside camping, abandoned train stations, budget hotels and the generosity of those we’ve met en route," Ben added in his article.

Along the way, they were detained by police, broke bread with locals, and ended up bonding with a dog that followed them for nearly 500 miles.

After 105km with Jeff we can already see the headlines: England fans walking to the World Cup joined by Uruguayan dog pic.twitter.com/yPSPum9akC

The dog, which they named Jefferson, was ultimately reunited with his owner after it journeyed with them for five weeks.

According to PRI, the dog's owner arrived in Porto Alegre to retrieve the adventurous dog the same day the group arrived. Reflecting on the journey they'd taken together, Burns said, "I don't think Walt Disney could have made a more perfect ending."

To learn more or to donate to help the men reach their goal, click here. 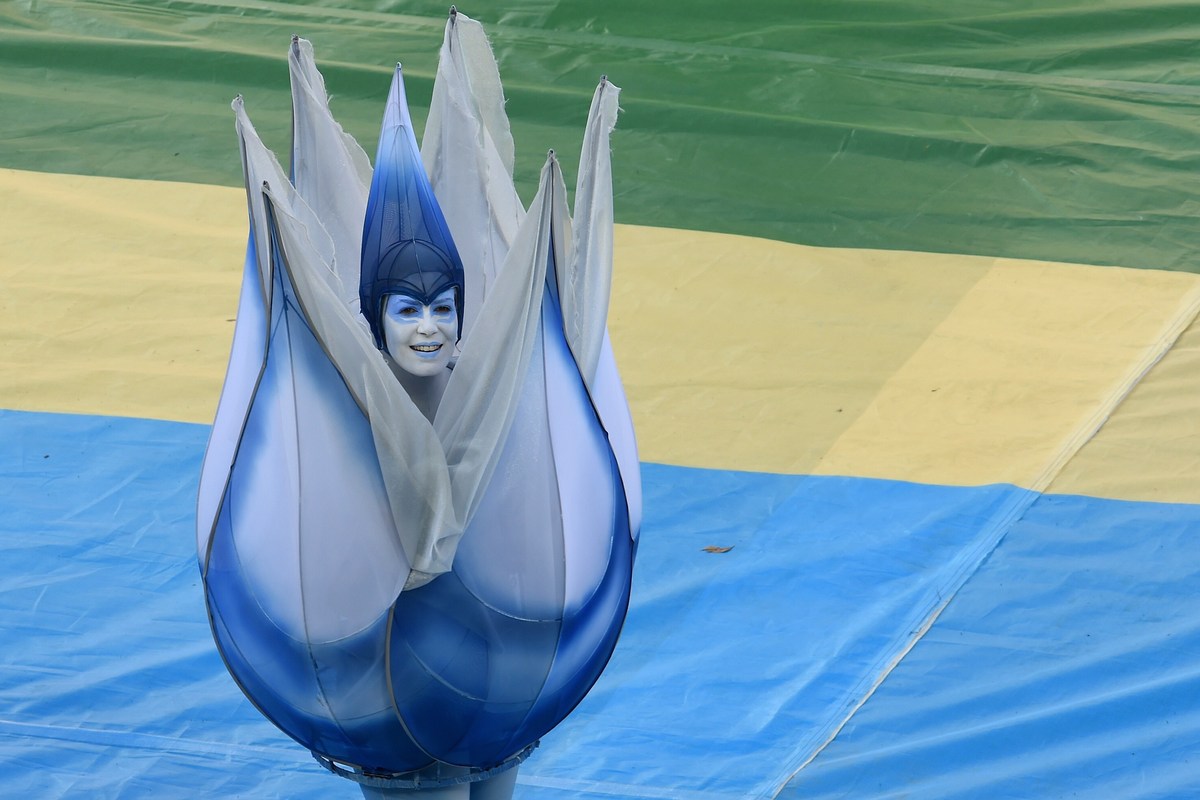 1 / 16
FBL-WC-2014-OPENING CEREMONY
A performer takes part in the opening ceremony of the 2014 FIFA World Cup at the Corinthians Arena in Sao Paulo on June 12, 2014, prior to the opening Group A football match between Brazil and Croatia. AFP PHOTO / PEDRO UGARTE (Photo credit should read PEDRO UGARTE/AFP/Getty Images)
Getty Images