"The Walking Dead" is back!

After months of waiting, Season 5 of "The Walking Dead" finally premiered on Sunday night, and it was amazing.

The premiere found Rick and his crew trapped in Terminus and presumably about to be turned into cannibal chow when Carol decided to show up and be a complete badass. After blowing up the fences around the compound and camouflaging herself like a walker to take out the "Termites," the survivors escaped and hit the road once again.

Here are the 10 most OMG moments from the premiere:

1. When Terminus introduced us to the trough

2. When you realize the first victim is the Penguin from "Gotham."

4. Then pretended to be a walker because she's awesome 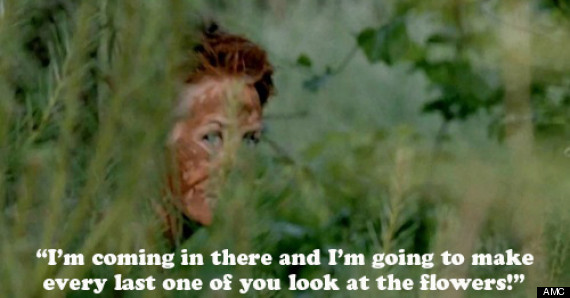 ... and then immediately realizes that was a mistake

7. Then Tyreese saved the day

8. All those wild walker kills

9. When Carol finally reunited with the group