Walking down the street, local national residents under colonial rule know that they need to defer to the soldier on the corner with the gun. At any time, they are subject to possible verbal and physical harassment with lethal weapons at will--simply because they are the colonized and speak a different language and have a different cultural background. Suspicion is aroused when they speak their family's home language. Fear is real that they can be separated from their families and home communities at a moment's notice, unable to travel, imprisoned or even be deported on the whim of the economically and militarily powerful colonizer. 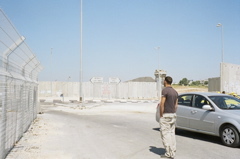 Border crossings and ad hoc and unpredictable checkpoints made us and the subjugated Palestinians into cattle, prodded and shouted at by Israelis with machine guns, proving who had colonial power and who had none. As we were herded through metal gates and turnstiles, bombarded by bullying and shouts that were amplified and nearly unintelligible, I was reminded of Albert Memmi's classic description of French colonized Tunisia. As Memmi observed, "subhumanity" is an integral part in every colonial situation, creating a low sense of self-worth among in the colonized people.  Further, by using overwhelming military threat to put down any uprising, the colonizers build fear and submission. Defiant resistance in the face of this threat is seen by the occupier as extremely dangerous to its position and control and is used as a rationale for even more repressive and collective constraints on the entire occupied population. 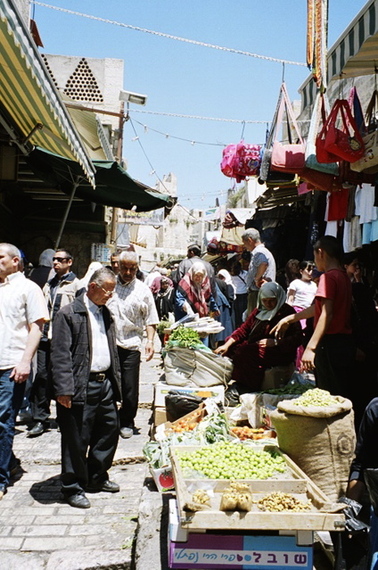 Since producers in colonies have limited or controlled direct access to investments for capital improvements and markets, the standard of living of the colonized inevitably goes down. Walking in Ramallah, I commented that markets seemed to be full of fruit and vegetables. On closer scrutiny, the boxes in which the produce arrived were from Israel, not Palestine. I was told that many fertile and producing orchards and farms in Palestine had been leveled in the interests of "security" and now Palestinians had no choice but to import and buy Israeli farm products--many from West Bank settlements that have supplanted local Palestinian producers and who have been aided by their access to irrigation and capital investments.

Looking at the children's faces as we passed through the cattle cages and peered at what is described locally and aptly as the "apartheid wall," it seems clear that more generations of young people are being raised as haters and resisters. Stones will not deter Israeli tanks but the young people I met were looking for some way, any way, to resist and establish a dignity that is being stripped daily by colonial humiliation and petty control of daily life. It is taken for granted that transportation between Gaza and the West Bank is impossible, but this is also true between the northern cities of Nablus and Jenin with the other parts of occupied Palestine. Families are separated by travel restrictions, the wall and unpredictable checkpoints. Over and over again I heard comments like Mr. Ahmed in Ramallah, "We are now pushed into isolated pockets of communities like holes in Swiss cheese, unable to maintain communities and livelihoods. We've never seen it so bad, so hopeless."

It parallels what I studied in Korea in an early 20th century colonial age that has long been condemned, discredited and finally ended as unjust and immoral. Yet it has been reborn and exists in the 21st century. Recently, I watched a CNN report on the conflict in Palestine and loss of human life and injury are clearly deplorable.   The headline on the screen is "Restoring the Calm."   But it's shocking to see the extent to which the media feeds the lie that the "calm" to be restored is really a life of violence experienced daily by the Palestinian people because of the continuing colonial occupation by Israel of Palestine.

Few of us have had direct personal experience with colonial aggression. 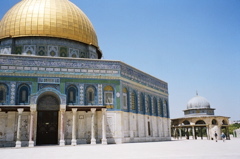 I hope that all US citizens will travel to Palestine.  I hope everyone will experience first-hand the oppression and intimidation that Palestinians experience on a daily basis.   Go and experience for yourself.

Edwin Gragert has a PhD in modern Korean history and is the author of Landownership Under Colonial Rule: Korea's Japanese Experience.