Field hospitals in the war zones of Syria. The villages of occupied Palestine. The urban streets of Raleigh, North Carolina.

Few young people would venture to these places. Most would never even consider it.

But these were the paths taken by Abd al-Rahman Kassig, Kayla Mueller, Deah Barakat, Yusor Abu-Salha, and Razan Abu-Salha, who were killed in recent days and months. These young Americans didn't run from the suffering that plagues our world, whether it was in the Middle East, or just down the street in Raleigh. Instead, they lived in solidarity among those in dire need, and helped in the ways they could. They didn't use their privileged positions as Americans to hide away from the world's problems, but actively decided to share in the struggle of those plagued by war, oppression, or sickness. Ultimately, they shared the same fate of many they served--an unjust, undeserved death.

Abd al-Rahman Kassig, formerly known as Peter, was a young man from my hometown, Indianapolis. He traveled to Syria on a humanitarian mission, to provide healthcare to any and all Syrians who needed it. He was captured and imprisoned by ISIS, and murdered by the group in December 2014. Kayla Mueller, who, despite her young age, had a long history of living alongside marginalized communities abroad, also traveled to Syria to give medical aid to the displaced. Like Abd al-Rahman, she was captured by ISIS, and her death was confirmed Tuesday.

Abd al-Rahman and Kayla weren't naive about their decisions to serve in Syria. They knew the risks involved and that they alone couldn't alleviate the suffering experienced by most. But something bigger compelled them to move forward. Both were faith-filled individuals who felt it was their life's mission to continue helping in the face of suffering.

In an interview with CNN in June 2012, Abd al-Rahman said, "There is this impression, this belief, that there is no hope. That's when it is more important than ever that we come in against all odds and we do something."

"I find God in suffering," Kayla wrote. "I've known for some time what my life's work is, using my hands as tools to relieve suffering."

This view must have been shared by Deah Barakat and Yusor Abu-Salha, newlyweds who were college students in North Carolina, and Yusor's sister, Razan. They were shot dead in their home on Tuesday night in what many are calling a hate crime. All three were active in humanitarian causes in their community, which had ripple effects worldwide. Last year Yusor traveled to Turkey where she provided dental care to refugees of the Syrian war, and her husband, Deah, was planning to do the same later this year. The spouses helped found the North Carolina Triangle chapter of United Muslim Relief, through which they provided health and dental care to the poor and homeless of Raleigh, Durham, and Chapel Hill. Razan was also involved in the group and organized UMR's monthly meal distributions to the homeless. All three were also active in efforts to help Palestinians; Deah traveled on a dental mission there last year and the trio participated in Islamic Relief USA's Palestine fundraisers.

Even from their Facebook accounts, it's clear the young family members had a deep appreciation for the simple and beautiful things of life--the blessings that often go unnoticed. One day in recent weeks, Deah wrote, "Our health is one of our greatest blessings." Razan--an artist and architecture student--shared a photo of the sunlight reflecting off windows, which captured the subtle beauty of her neighborhood at dusk. These young Muslims celebrated eve n the simplest aspects of creation, and encouraged others to notice them too. It's no coincidence that Deah's last name is Barakat--which means "blessings" in Arabic. 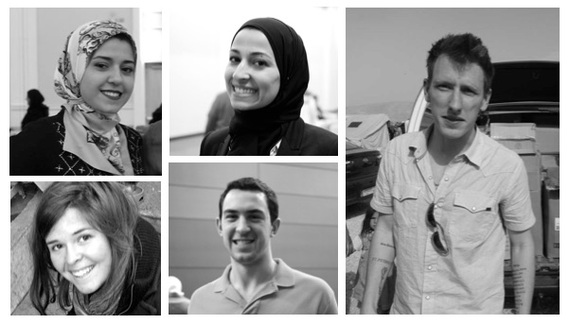 For me, these young people remind me of the central figure in my faith--my God, Jesus the Christ. Like Jesus, they died too soon, and for no fault of their own. Even more strikingly, they embodied his self-sacrificing love for others.

Jesus walked with people, and was a companion to those who suffered. He chose to make his home among the poor and outcasts. He was constantly on the move, but still keenly attentive to every person he met, and present to their needs. Jesus helped and healed, but he did more than that. He stayed with the people when the going got rough, when it became clear that his way of loving all people was upsetting the powerful of society. Though it would have been easier for him to simply lend a hand and leave, he chose to stay. He chose to walk the "way of sorrows"--the Via Dolorosa--until he too met death.

This way of radical solidarity may seem difficult--or nearly impossible--to emulate. But Kayla reassures us that this profound selflessness is not simply an elevated state of mind only achieved by a few. She wrote,

"I've learned that selflessness is a practice, not a place; a journey much more than a destination."

Accompanying others selflessly is not the result of a state of enlightenment, nor is it a constant, deep emotion. It is a decision we make, a path we undertake consciously and with perseverance.

A number of Jesuit priests I know have put it another way. Love, they say, is not a feeling, but a choice. If it were an emotion, says Fr. Kevin O'Brien, S.J., then Jesus "would have turned around on his way to Calvary." If it were just a fuzzy, warm feeling, he would have abandoned his cross.

The kind of love Kayla, Fr. O'Brien--and Jesus--speak of is one that persists in the face of unspeakable suffering, whether or not we 'feel like it.' It is a constant, repeated act of choosing to do the right thing.

This was no doubt something that Abd al-Rahman, Deah, Yusor, and Razan also understood. In their diverse efforts to help those in their community and abroad, and in the face of physical danger, misunderstanding, or prejudice, they chose to take up the heavy crosses of others.

These young people have left for us an example, a via, a way. They have showed us what it means to embody agape and rahmah--God's love this is entirely self-less and self-giving. They have taught us how to recognize the barakat and beauty in our world, even amid suffering. And they now ask us to take on their mantle, and walk with joy on the road of sorrows with the many who so desperately need our help. 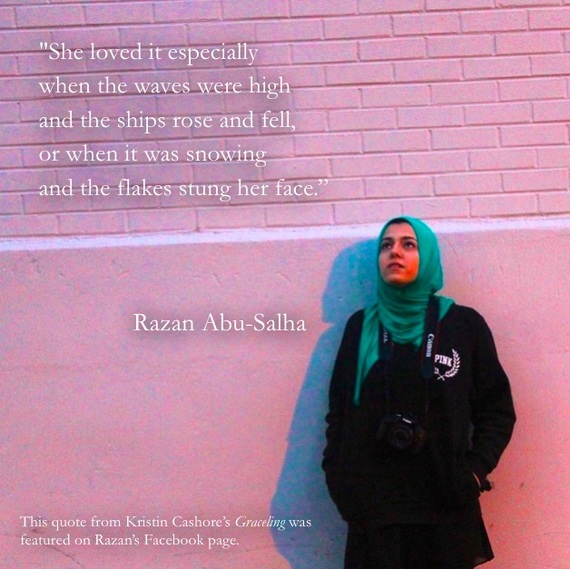