Now female students can hire a middle man to get into a sorority.

Citing growing competition and that skills learned in sororities help young women land jobs after college, the generation that has embraced the private math tutor, SAT-prep course and PSAT study book has turned to Wall Street image consultants to fluff their appeal and social graces prior to rush, according to The New York Times.

Particularly for young women living in the South — where sorority participation is more prevalent — students and their parents pay up to $8,000 for a weekend of services that include professional resume building, wardrobe selection and small talk and conversation coaching.

[The Wall Street consultant] Ms. [Samantha] von Sperling offers a Friday-to-Sunday intensive, for $8,000. One day is devoted to carrying yourself properly and the art of conversation. Treat rush, she says, as you would a job interview. Avoid politics and religion. ‘I teach them how to make interesting small talk: what you saw at the cinema, a trip to Europe. I don’t know too many 20-year-olds who are having a debate about economics.’ Another day is for getting physically ready — hair, makeup and wardrobe. Ms. von Sperling organizes ‘outfits down to accessories, completely strategized.’ Just in case a client forgets, outfits are photographed and placed in a 'style file.'

In a post on the motherhood website Mommyish, Koa Beck slams von Sperling’s advice for female students. Beck wrote, “Why concern yourself with debating or articulating your thoughts to strangers about religious liberty, the 2012 election, Obamacare, or -- yes, economics – when you can stand around crafting sound bytes about spring break in Barcelona?”

Mariette Studios originally offered home and wedding decorating services but just introduced the expansion. The website boasts that it's “the only sorority rush/recruitment consultant in the West Virginia, Ohio and Kentucky Tri-State area.”

While the site does not appear to have been updated since the fall of 2010, gogreekgirl.com, has posted a few testimonies from its clients.

“Because of Go Greek Girl I was able to find the chapter that made me feel most comfortable. Rush is very competitive at our campus and I was so nervous about everything because no women in my family had gone Greek,” said one client, who is now supposedly a Kappa Delta sister. “She treated me like a little sister and ensured that all my paperwork was in place and that I knew how to best approach each stage of recruitment. I would not be in my chapter today if it was not for her invaluable guidance.”

Calls and e-mails made to the National Pan-Hellenic Council for comment were not returned by press time. 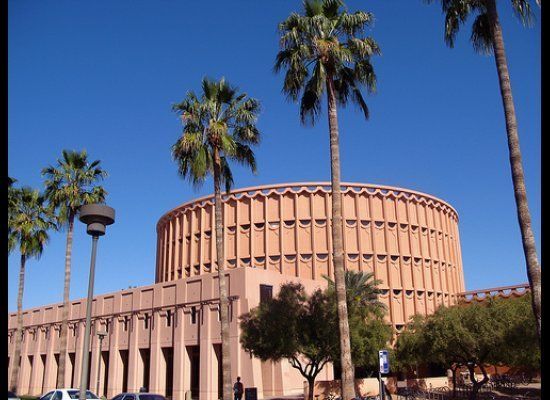 1 / 10
Arizona State University
<a href="http://www.unigo.com/arizona_state_university/" target="_hplink">ASU</a> has always held a coveted spot on Playboy's Top Ten Party Schools ranking (this year it was #3), and that's probably because the students at ASU are the type of people that would consider such an distinction to be coveted. ASU students are beautiful, friendly, tan, and ready to drink anything that comes in a hollowed-out pineapple. Cassie, a senior, sums up ASU like this: "<a href="http://www.unigo.com/arizona_state_university/reviews/10008/ " target="_hplink">crazy fun town and nightlife, beautiful men and women, fun in the sun</a>." Nick, a psychology student, describes the type of students that would fit in at ASU in a way that should be clear to everyone (except, hopefully, your parents): "Students who wish to re-experience their high school lives of promiscuous sex and heavy drinking."
Freshman, Arizona State University