Wall Street pulled in $26.7 billion in cash bonuses last year, according to estimates revealed Wednesday by the New York state comptroller. That’s up about 15 percent from the previous year, and amounts to $164,530 per person when split up among the industry’s 165,200 employees in New York.

In a new report the Institute for Policy Studies, a progressive think-tank that advocates for pay fairness, paints those bonuses in a rather startling way: Wall Street's cash pile is now nearly double what the country’s 1.085 million full-time minimum wage workers made all of last year. 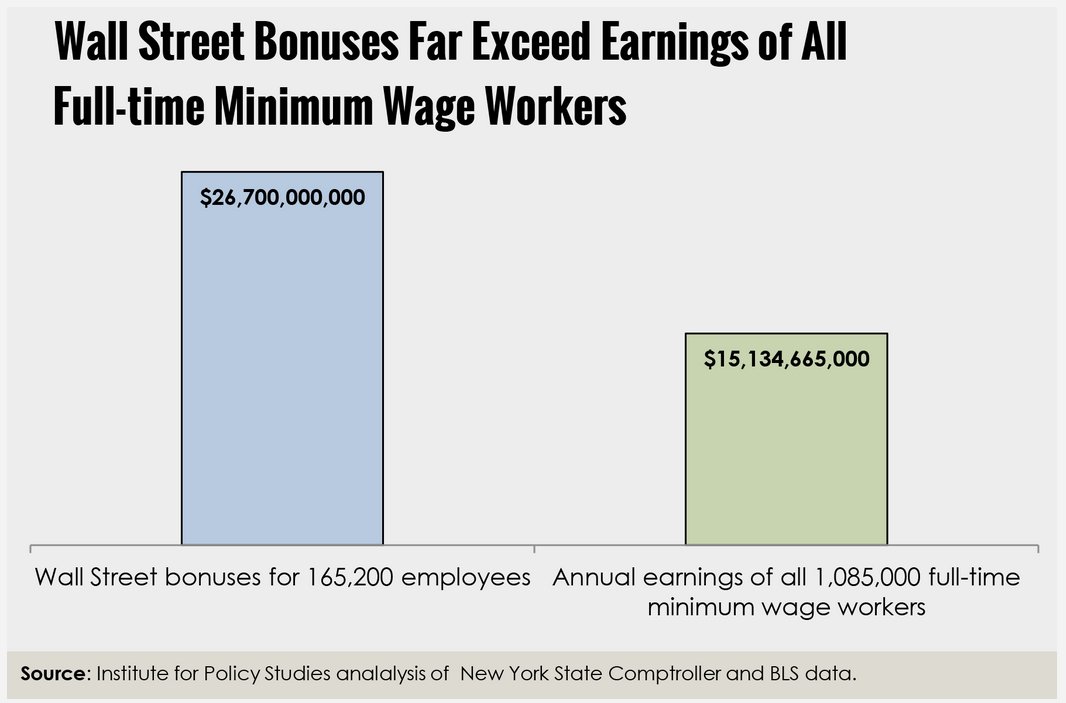 That’s sad of course. But it’s also bad for the economy.The Institute estimates that if Wall Street’s bonuses instead went to the federal minimum wage workforce, the economy would have benefited more than three times as much: 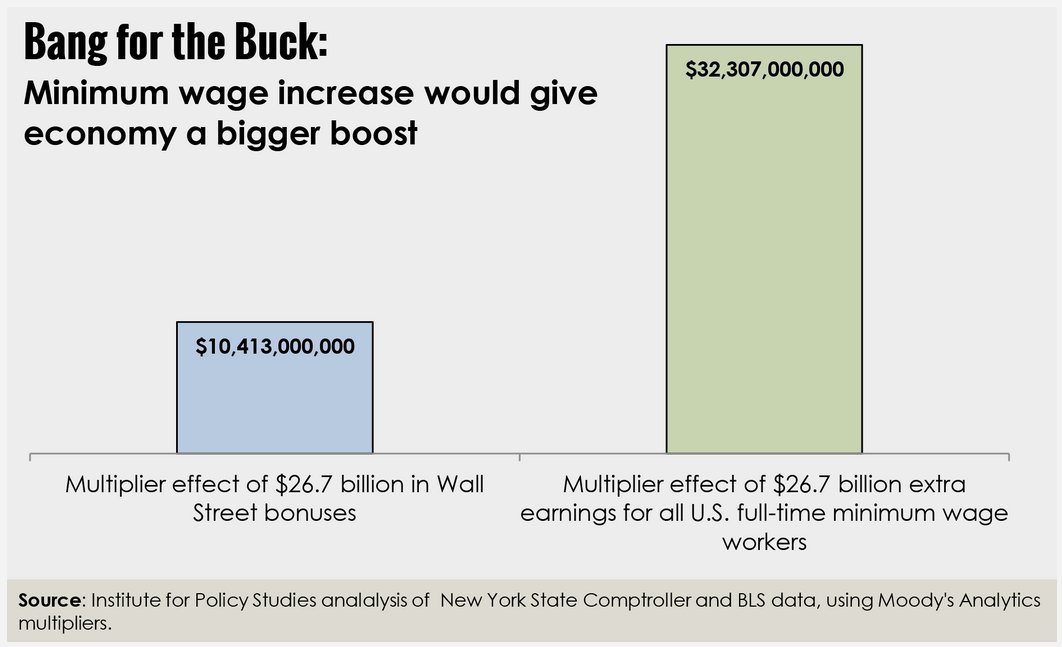 Why’s that? Because people living at the bottom of the income ladder often need and spend nearly every dollar they get, especially when they have children. And as the Economic Policy Institute, another think tank that is pushing for a higher minimum wage, noted Wednesday, around one-fifth of all children in America have a mom or dad who would benefit if the federal minimum wage increased.