“I loathe secrets,” Wallis Annenberg declared to a packed ballroom at the inaugural Women A.R.E Summit in Los Angeles.

“We share the wealth; we share the openness,” Annenberg, Chairman of the Board, President and CEO of the Annenberg Foundation added, describing her journey to becoming one of the country’s most effective and generous philanthropists.

Started by her father, Ambassador Walter Annenberg, in 1989 with over a billion dollars from the sale of his company, Triangle Publications, the Foundation has given away more than $4 billion to over 6,700 recipients.

With the thoughtful and innovative grant-making that is her signature, Annenberg -- the force behind the Annenberg Community Beach House, The Wallis Annenberg Center for the Performing Arts, and the Annenberg Space for Photography, just to name a few -- has truly changed lives for the better. Here are some excerpts from my conversation with one of the truly great women of Los Angeles:

Willow Bay: For most children of very powerful and very successful fathers, becoming a success in life is a challenge. How did you find your voice as a philanthropist?

Wallis Annenberg: That’s a wonderful question. Finding your voice is really a process. It’s just a question of being true to yourself. That’s not as easy as it sounds. First of all, I’m living in a totally different era than my father lived in. My father was a one-man-operator, he was the king in the shop, and you either agreed with him or left. I would say that I’m the opposite. I loathe secrets -- and if I know that there is anyone in my office who is forming cliques or keeping any types of secrets or anything of that nature, they’re not going to be around for very long. We share the wealth; we share the openness.

Finding your voice is interesting. You can hear 10 different singers [sing] the same song and they will all be different. So I think it’s just a question of interpreting things the way I would like to see them done -- which is not to say my father wasn’t a brilliant philanthropist -- he was. He had his way of [heading the Annenberg Foundation], just as I have my way of doing it. Just as you may have another way altogether -- none of them are wrong. Be true to yourself. For all you young people in this room, do not be afraid to try everything in philanthropy and nonprofits. You will find something that grabs you, you will find your passions and what moves you. 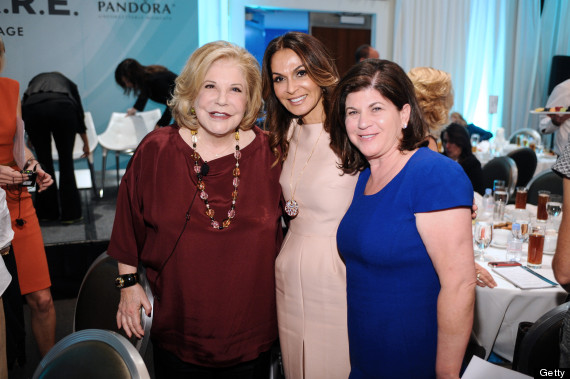 Your father [Walter Annenberg] discovered quickly when you got into the philanthropy business that you had a talent for it. What do you think he recognized in you early on?

We were a lot alike. We both had the ability to size up a person -- or a situation -- very quickly. I can generally sense a con or something "shoddy" coming at me within five seconds on the telephone. And I think my father felt I had good judgment. Without good judgment, you cannot [head a nonprofit]. I don’t care how many degrees you have. That’s what’s going to make the difference -- the choices you make. I think those qualities that I possess led him to believe that I would be the one to take over the Foundation. I never wanted anything else. We were born to great wealth and privilege, and it was very nice, very comfortable certainly. But it is not what I wanted. I didn’t want to be a slave to things -- the more you own, the more they own you. [Things] never fixed me, they never made me happy -- so the thing that I wanted from [my father] was the Foundation.

I learned by sitting there during his phone calls. I came in the office when he wasn’t looking and read the mail. And I just picked it up!

I started out with a very small amount of money relative to today, and I asked all the right questions: What other foundations were involved? How many people does this embrace? Because when you give away money you want the maximum number of people to benefit. It’s a choice because you have 50 applications to build schools. How many people are going to be affected by a certain brand? This is very important. 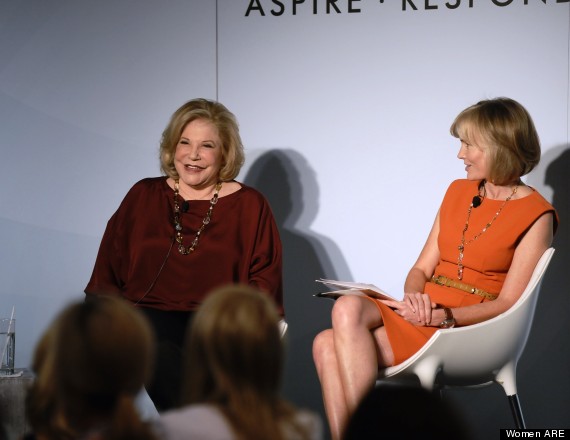 I know much of what you do is invest in leaders. When you do that, what are you looking for? What are the things that stand out for you and make you say, "That’s the person!"

Leaders stand out. It’s like asking, "Why does a movie star light up a screen?" There is no way to define it -- it’s like trying to define a great poem or piece of art. The leaders that have impressed me in nonprofits have been working at it, most of them for years.

These are the people you look for. Now, you can’t find these people on Craigslist or want ads. They stand out, just like a movie star everyone in this room would know. And it is these people who are risking -- and that, in my opinion, applies to everyone in this room. Keep risking in all areas in your life. That’s the most important thing, and that’s what these leaders are doing. They’re not afraid to say they tried and failed. They don’t want to put their names in big Texas-style letters on the building. These are people of action and commitment.

When you invest in these initiatives -- big and small -- what do you ask for in return? What metrics do you use to judge a success?

Well first of all, you can’t solve any problem by writing a big check. There’s just not enough zeroes. It doesn’t work that way.

Accountability is very important. I mean, we don’t just hand a grant out without seeing the figures, and investigating them and making sure everything is on the up and up, so to speak. The reward is in itself. There are no plaques and tokens or anything like that. When I used to feel depressed -- I was living in Malibu at the time, and it was sort of lonely -- I would just go down the road and see the Annenberg Community Beach House and look over the fence, and see mothers and fathers with their offspring enjoying this community space. That’s the reward. That’s my jewelry. 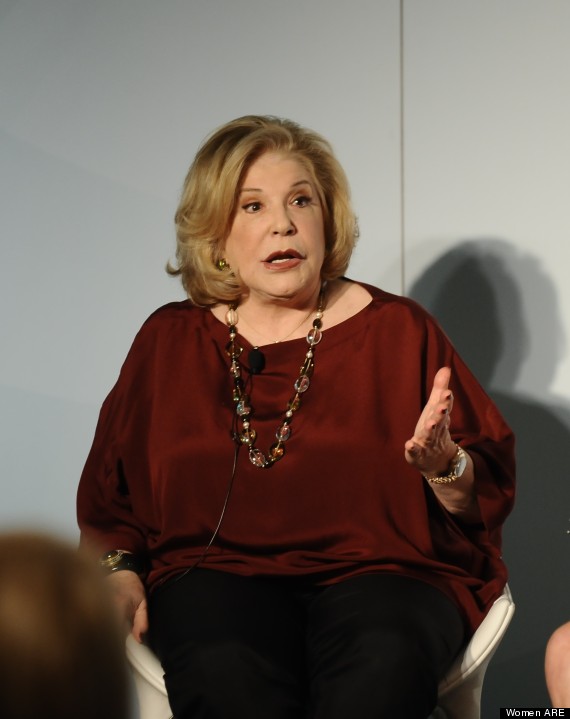 I would say that virtually everyone in this room, from volunteer work to chairing boards and beyond, is involved in philanthropic efforts in some way. What other advice would you give to us?

The soul of a community is in its culture. Our future depends upon beauty, art and tourism. [These are] very important. What other advice can I give you? Experiment -- find what you enjoy. That’s the reward. I don’t do things that I don’t enjoy. That’s what it is -- you can’t get that in a Neiman Marcus catalog! That’s what makes me very happy.

It’s not all about the money. Look at the number of people who can be affected by a small grant. Never explain to anybody “I could only afford to give this.” Give up whatever you can give, and don’t put a judgment on it. Whatever you can do!

As you have been on this journey, changing lives for the better and certainly changing our city for the better -- what have you learned about yourself in the process? Are you different today than you were when you first started in philanthropy?

Absolutely! I was as crazy as a bat! I think life is a process. It takes a really long time to get to the place -- for me it has -- where I like myself. I don’t want to put a number on it, because I know some people who are 23, and I look at them and I say, “My God! You could be my grandfather, you’re so wise and grounded.” But a lot of us put on an act of being wise and grounded, and inside we’re miserable. So I’d say today what’s happened is that my insides match my outsides, and I like myself! And I don’t play games! And that’s it, Willow -- I’m done!

CORRECTION: A previous version of this story misnamed Walter Annenberg's company as Annenberg Publications. It was called Triangle Publications.