Walmart’s founding family could afford to buy every home in Seattle. Literally.

The Walton family's combined wealth of $154.8 billion is enough to purchase all 241,450 homes in the Emerald City, which are worth a total of $111.5 billion, according to an analysis published Thursday by real estate brokerage firm Redfin. 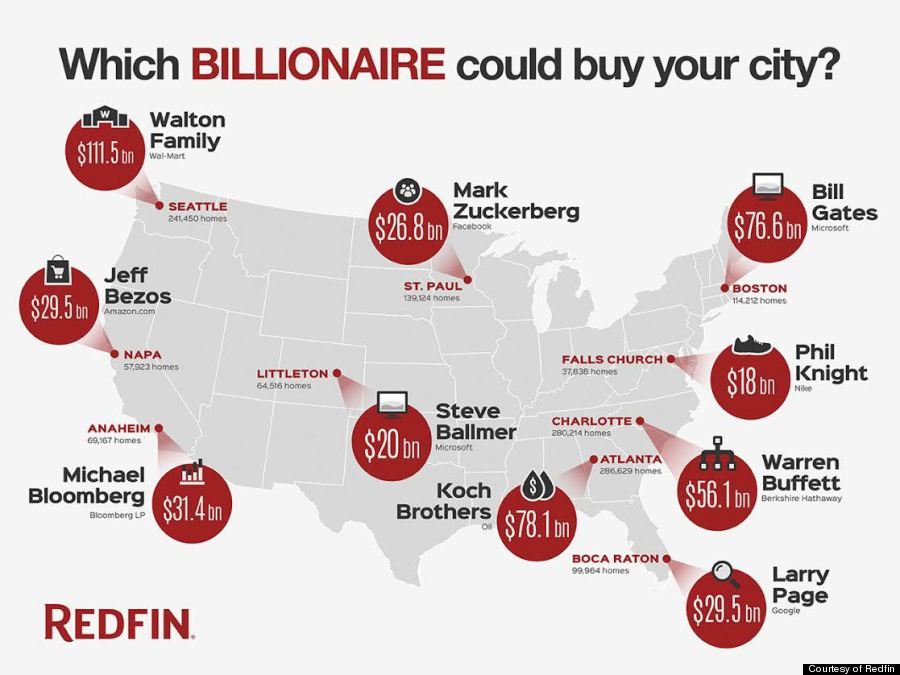 The Waltons' wealth is also more than enough to buy every single-family house, condo and townhouse in Dallas at $109.4 billion, Washington, D.C. at $109.2 billion or Miami at $92.8 billion.

“Given that the average American struggles to afford a home, we wanted to illustrate just how many homes the wealthiest among us could buy,” Tommy Unger, a data analyst at Redfin, wrote in a blog post. “For the sake of this illustration, we assumed that wealthy families, such as the Waltons of Walmart or the Koch brothers, would pool their money if they were going to purchase an entire city.”

Redfin used Forbes' wealth research and their own data on home prices in its analysis.

A representative for the Walton family did not immediately respond for comment. 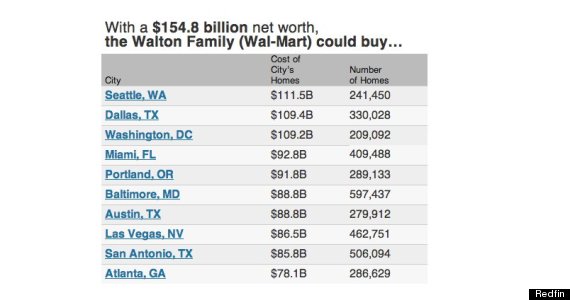 Some cities could go to a standalone billionaire buyer.

Investment titan Warren Buffett, valued at $65.8 billion, could buy up all 280,214 homes in Charlotte, North Carolina, the financial hub of the South, for $56.1 billion.

“In this fictional real estate investment, the 30 billionaires on our list, with a combined fortune of $582 billion, could afford to own a staggering 6 percent of the total U.S. home equity,” Nela Richardson, Redfin’s chief economist, said in a statement.

A representative for the Walton family did not immediately respond for comment.

PHOTO GALLERY
Cities With the most rich people(CLONED) 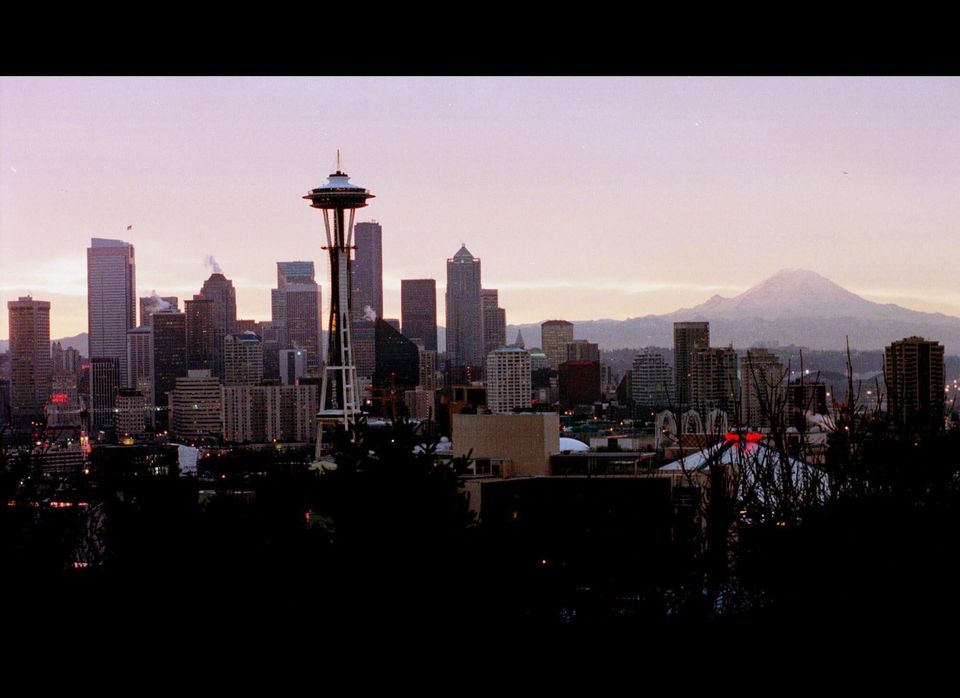