In early September, Growing Power, a leading urban agriculture organization based in Milwaukee and Chicago, announced it would receive a grant of more than $1 million from Walmart. The group has a long record of growing food and jobs on its inner-city farms, but that laudable history could not stem the criticism that followed.

"Agtivists," foodies, and well-intentioned progressives jumped on the news as a sign that Growing Power had sold out. Writing on this page, Elizabeth McVay Greene opined that Growing Power was now "under the corporate thumb." Grist.org, a leading environmental news site, asked ominously, "Did Walmart buy urban ag group's silence?"

This predicable criticism, colored by class biases, has little, if anything, to do with Growing Power itself. Growing Power's integrity depends on what it does with the money and not merely on its accepting a one-time grant.

If these groups can't learn to play nice, and quickly, the Obamas will not live in the White House much longer, let alone grow vegetables on the South Lawn.

Gardens might seem an unlikely flashpoint, but no more so than the alliance between Growing Power and the world's largest corporation. Growing Power's founder, Will Allen, serves as the face of urban agriculture -- what he calls the "Good Food Revolution," a movement predicated on small-scale, high-quality, earth-friendly foods.

Walmart, of course, represents the opposite approach: global supply chains, behemoth contracts, and more than a few container ships' worth of junk food.

Yet Walmart is an easy enemy to target (not to pun). Until Growing Power establishes some kind of lucrative, ongoing relationship with the mega-retailer, it can hardly be called a corporate pawn.

Moreover, the critics need to dig deeper to examine the politics underlying their own buying habits. During the biggest recession in decades, can they afford not to shop at big-box stores? Really? No cheap milk from Target or bulk pasta from Costco? Anyone who can avoid such places in these lean times can surely be called "privileged" and maybe even "out of touch."

It remains to be seen whether Walmart will become a good partner for the Good Food Revolution. For that matter, Growing Power's own future is far from clear. Can urban agriculture survive without big grants? How many people can city farms actually feed? Doesn't it make more sense to grow food close to cities instead of inside them?

Having reported on urban agriculture for the last few years, here's what I know for certain. The Walmart-Growing Power alliance is not as unlikely as it might seem. Both groups share one priority: selling affordable food, a desperately needed commodity in inner-city neighborhoods amidst the Great Recession.

On the South Side of Chicago, where I live, it remains mighty hard to buy a head of broccoli. The primary food distributors here are small bodegas selling hot Cheetos, "juices" containing no actual juice, and, if you're lucky, a grainy, $1 apple.

It's an appalling social problem and, at the same time, a beguiling business opportunity.

Corporate chains like Walmart are moving into Chicago to meet the ravenous demand for fresh food. They will almost certainly make lots of money in the process. Growing Power has built five Chicago farms to feed residents while reinvesting the profits here. Vastly different methods, but at least the shopping options for Southsiders will improve.

Maybe one fine day, Growing Power will take over Walmart's stores and convert them to indoor farms. But heading into what will be a cold, hungry winter for many families, we need less rhetoric about food politics and more affordable food.

PHOTO GALLERY
Culture Wars in the Garden
Download
Calling all HuffPost superfans!
Sign up for membership to become a founding member and help shape HuffPost's next chapter
Join HuffPost

Why Can't You Hate Walmart as Much as I Do?: Culture Wars Infiltrate the Food Movement
Culture Wars in the Garden 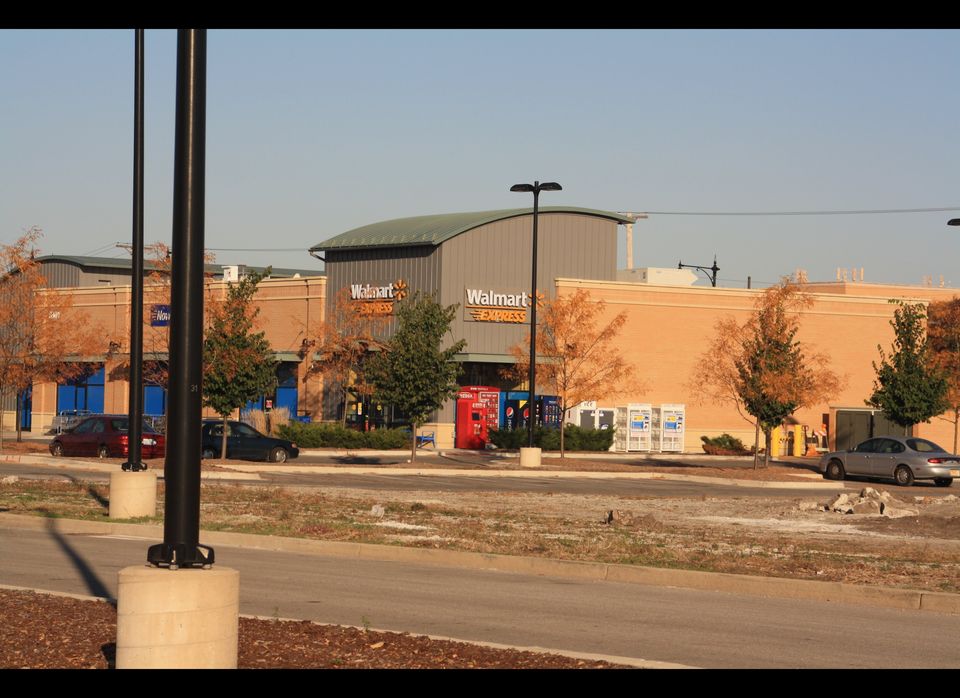 1 / 6
One of the new, drugstore-sized Walmarts on Chicago's South Side. It carries mostly food and has a large produce section.