Despite all these people saying they didn't want it... 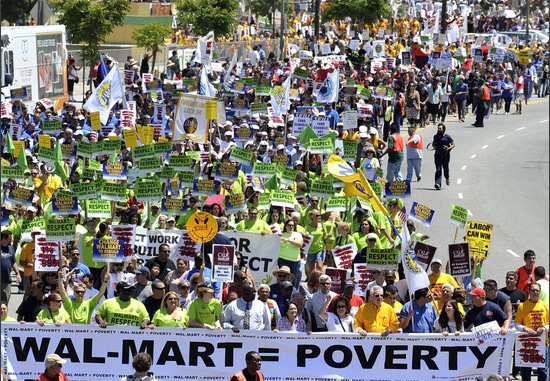 This is now a reality. Downtown LA's first Walmart -- Chinatown-style: 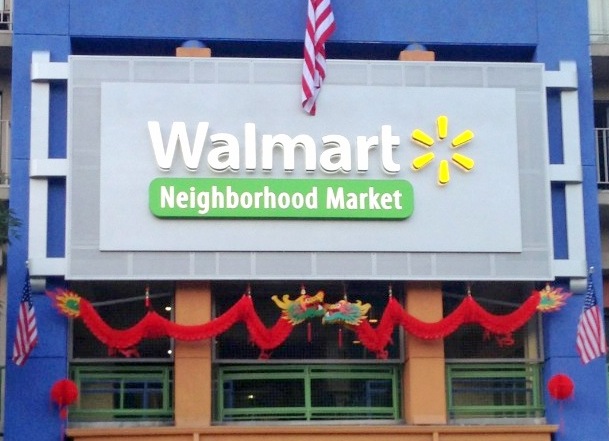 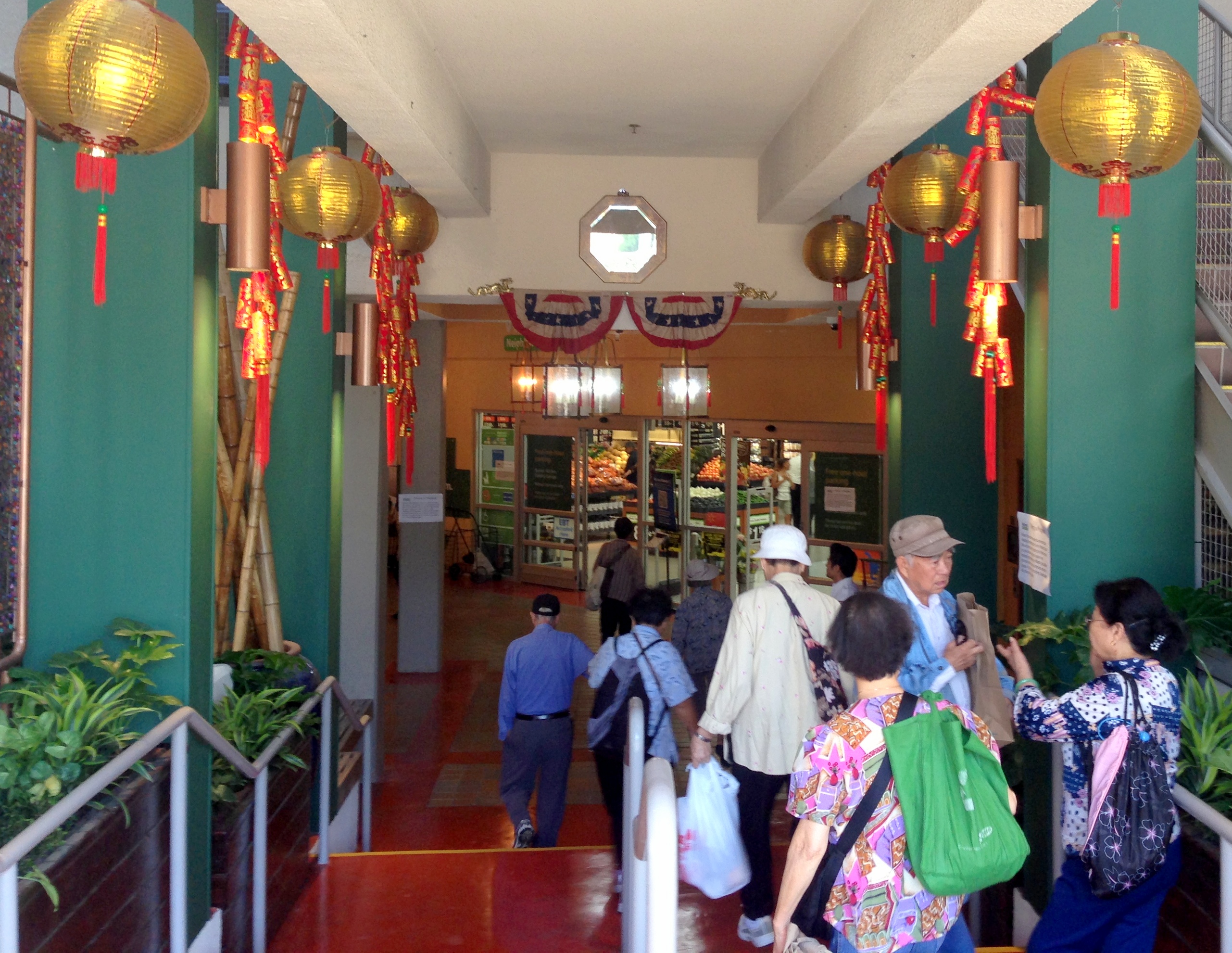 A new Walmart, which is one-fifth the size of the company's regular stores, opened in downtown LA's historic Chinatown neighborhood Friday. It is the first centrally located Walmart in the city of LA.

The store was bustling Friday at 10 a.m. About 80 percent of its patrons were Asian -- mostly elderly, presumably from the apartments for senior citizens above the store. A Walmart sales clerk told HuffPost that the store's "soft opening" is Friday and that there will be a ribbon-cutting ceremony on Thursday of next week. 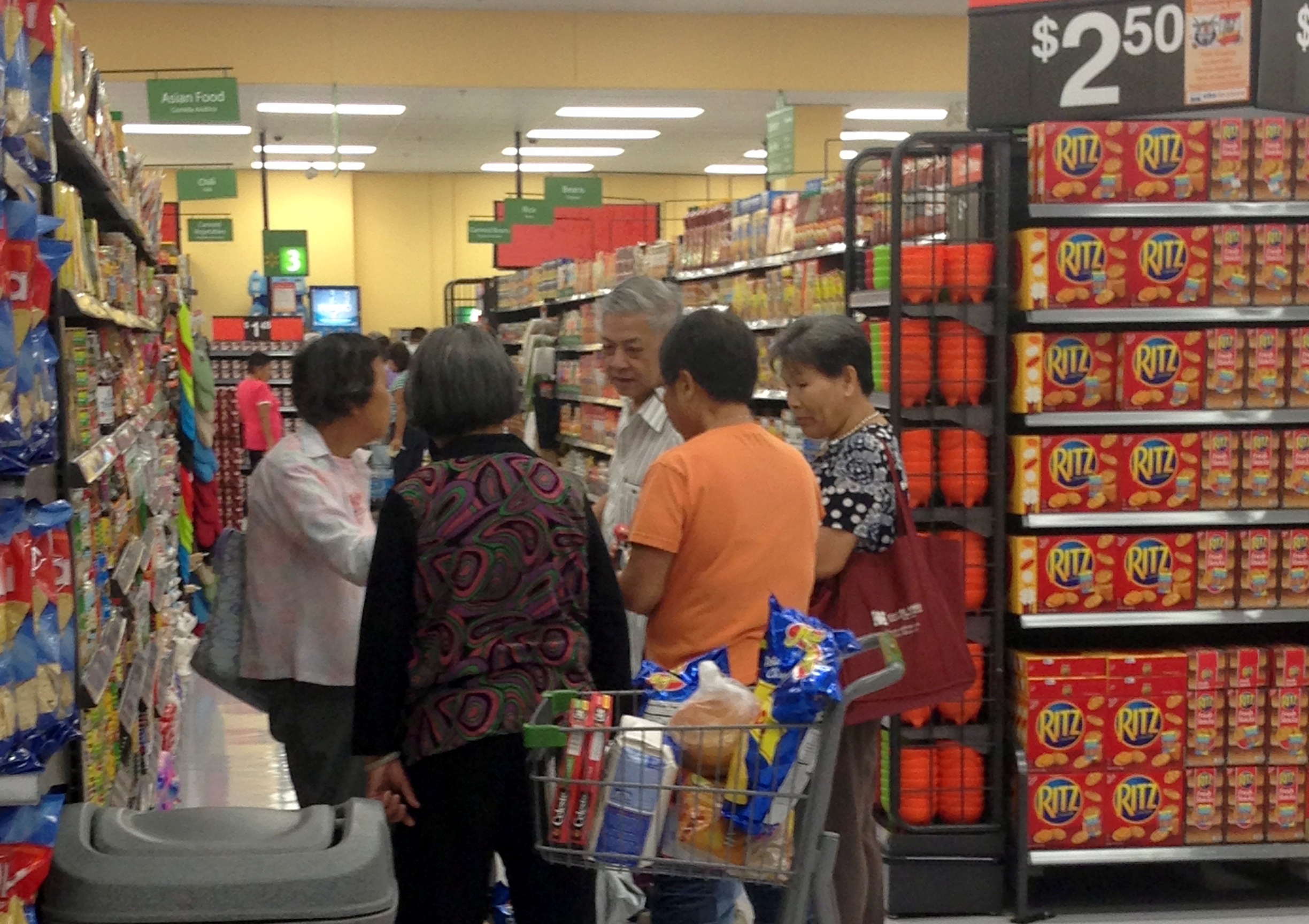 A coalition of community activists protested at the store at 8:30 a.m. "Community activists wielded large, papier-mâché puppets dressed as the ghosts of local small businesses, living wage jobs, and justice," the Los Angeles Alliance for a New Economy (LAANE), which has led the fight against the Chinatown Walmart, said in a statement to HuffPost.

In June, thousands of Angelenos -- pictured in the first photo above -- marched through Chinatown to protest the proposed Walmart. (Check out more photos below.)

In April, a coalition of labor groups filed a lawsuit seeking to block the store from opening. The suit alleges that the LA Department of Building and Safety failed to notify the public of its decision to exempt the Walmart from an environmental review.

Allison Mannos, communications specialist at LAANE, told HuffPost Thursday that the lawsuit won't have a court date set until April 2014. The judge in the case will have the ability to close the store, although it's unclear how likely that is.

Mannos said the alliance will also push for compliance with a city ordinance requiring that a certain number of employees be hired and that they be local residents.

"What we're seeing now, with the Walmart and fast food worker actions, is workers organizing across the industry, rather than just 'site fights' as the focus for change," Nguyen said. "We need to see more regional policies to improve standards for grocery and retail workers like living wages and sick days."

CORRECTION: An earlier version of this story stated that the new Walmart is LA's first Walmart. In fact, it's LA's first centrally-located Walmart and the first one in downtown. There is a Walmart in South LA on Crenshaw Boulevard.

Check out photos from the protest in June:
(Uncredited photos are by Kathleen Miles)