Looking for a way to broadcast your anti-corporate worldview? The world's largest retailer has your back.

Over at Walmart.com, you can buy an Occupy Wall Street poster for only $42.75: 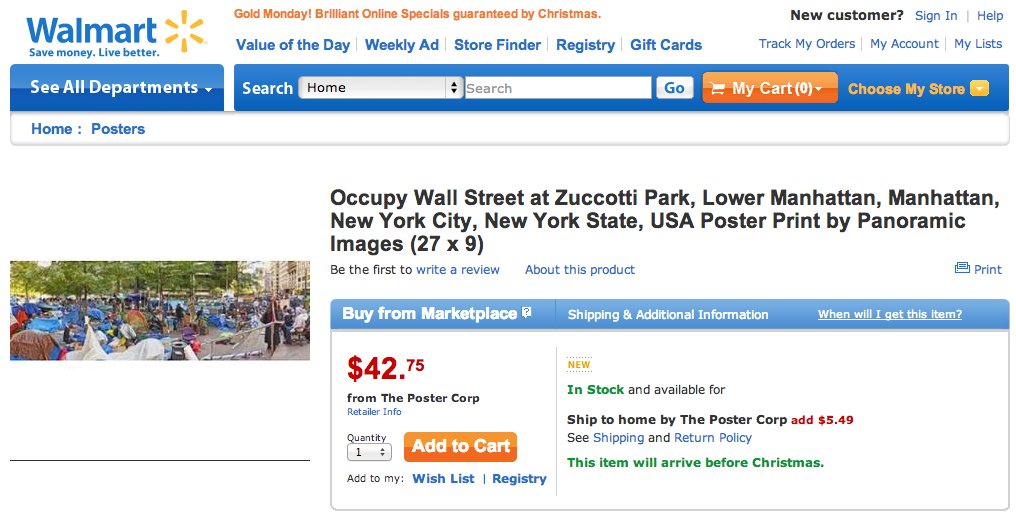 That's correct, Walmart is selling a huge photo of the very group of people who, among other corporate gripes, have spent the last two-plus years protesting what they describe as Walmart's low wages, “crushing” anti-worker tactics, high CEO-to-worker pay ratio and reliance on government programs to feed workers.

The print is selling on the Walmart marketplace, an area of the site that allows third-party vendors to sell their products -- and apparently isn't as closely watched as Walmart's brick-and-mortar stores, which can be quite particular about what's on sale.

In a statement provided to The Huffington Post, company spokesperson Ravi Jariwala said the retailer is simply committed to its "diverse customer base." "We provide a broad assortment of products," he wrote in an email.

Last month, Walmart told The Huffington Post it had "disabled" a counterfeit version of Banksy's "Destroy Capitalism" print that ended up on the Walmart marketplace.

By the way, if the OWS print isn't doing it for you, head over to OccupyWallSt.org for your own Walmart-themed shirt: 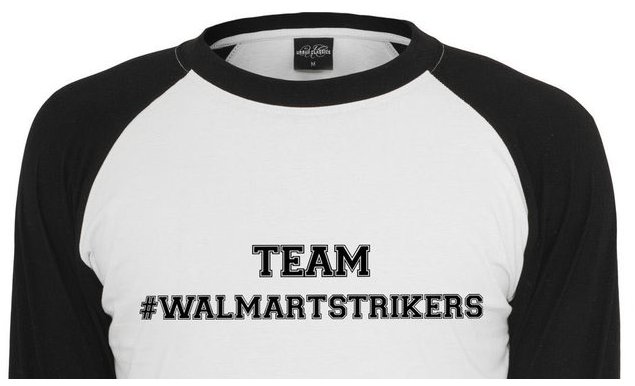 PHOTO GALLERY
Photos Of CEOs Before They Were Captains Of Industry

Walmart Is Now Profiting Off 'Occupy Wall Street,' Because Capitalism
Photos Of CEOs Before They Were Captains Of Industry 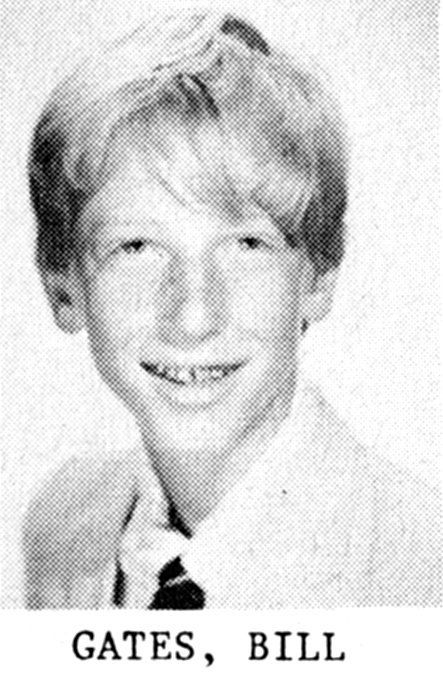