There is a battle going on between animal protection advocates and the pork industry over "gestation crates," the 2-foot by 7-foot cages that confine about 80 percent of the United States' 5.5 million breeding pigs. In these crates, pregnant pigs are unable to engage in most of their most important natural behaviors. They're never able to turn around or even lie down comfortably, day and night, for their entire lives.

Julia, in a gestation crate, moments before gaining her freedom: 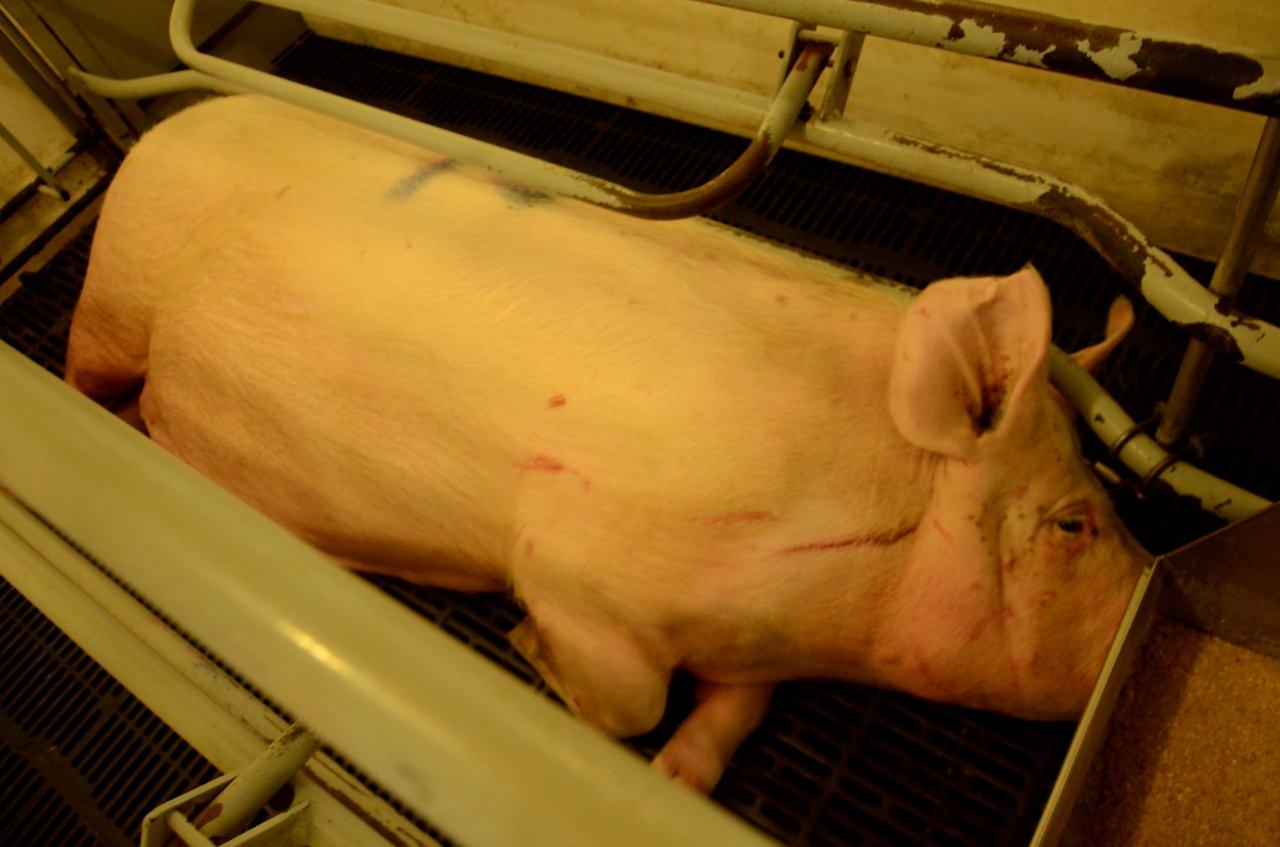 Over the past decade, nine states have banned the crates -- most recently, Rhode Island, after lobbying by the Humane Society of the United States (HSUS), the ASPCA, and Farm Sanctuary. Building on our legislative success, HSUS has convinced a long list of corporate behemoths to phase out the systems, from Smithfield Foods, Oscar Mayer, and Hormel to Costco and Burger King.

When a practice is so cruel that Smithfield Foods agrees it has to go, you have to wonder who might be foolish (and heartless) enough to defend it. In fact, the humane community's campaign has been so successful that a former stalwart defender of crates, agricultural scientist Ted Friend from Texas A&M, has called on pork producers to stop their "kicking and screaming" and to recognize that a crate phase-out is simply "another inevitable change."

Enter Wal-Mart, denier of science and defender of cruelty to animals -- as Mercy for Animals documented in their investigation into a Wal-Mart supplier. The following video shows in graphic detail just how bad these crates really are. Please watch.

I've attempted several times, without success, to secure a response from Wal-Mart concerning their continued use of gestation crates in their supply chain. In an online response to the allegations of abuse, the company calls crate use "a complicated issue" with tenable arguments "on both sides." This statement simply isn't true, and it ignores the findings of scientific studies on the effects of gestation crate confinement on pigs.

The Scientific Consensus
The science is not in dispute: immobilization of pigs in crates is highly damaging for them, both mentally and physically.

There are a host of physical problems that result from crate confinement, each of which represents extreme suffering for pigs. First, the animals' muscles and bones waste away so severely from lack of use that walking becomes excruciating; even standing up can be painful. Second, because the animals rub against the bars of their crates and lie in their own excrement all day and night, they suffer painful ammonia burns on their skin, and their lungs become raw from breathing putrid air. Third, the animals are in a constant state of starvation because they are fed about half of what they would normally consume. Fourth, due to lack of exercise and decreased water consumption, many sows suffer from urinary tract infections (UTIs), which are associated with a high mortality rate. For source information on each of these issues, check out this scientific report from the Humane Society of the United States.

The situation is no better in terms of the animals' mental health: Pigs have cognitive and emotional capacities beyond those of dogs, and, in some areas, they outperform even chimpanzees. So it's no surprise that they suffer mental and emotional anguish when they're unable to move for most of their lives. Meat industry consultant Dr. Temple Grandin states unequivocally what the science proves -- that other animals need companionship every bit as much as humans do; they love to play, they experience joy, and more. Every one of these natural desires is impossible to experience when they are confined in tiny crates. The relentless stress and frustration routinely leads to mental instability in these animals, who chew maniacally on the bars in frustration causing their mouths to bleed from cuts and sores.

Conclusion
At Farm Sanctuary, we spend our lives with farm animals, and we wouldn't eat them regardless of their treatment prior to slaughter. There is no moral or rational difference between consuming a dog or a pig, a cat or a chicken.

But we also work to eliminate the worst abuses of farm animals, and it's hard to imagine anything worse than gestation crates; immobilizing animals for their entire lives qualifies, without a touch of hyperbole, as torture.

Please take action now to pressure Wal-Mart to stop its support for cruelty to animals.