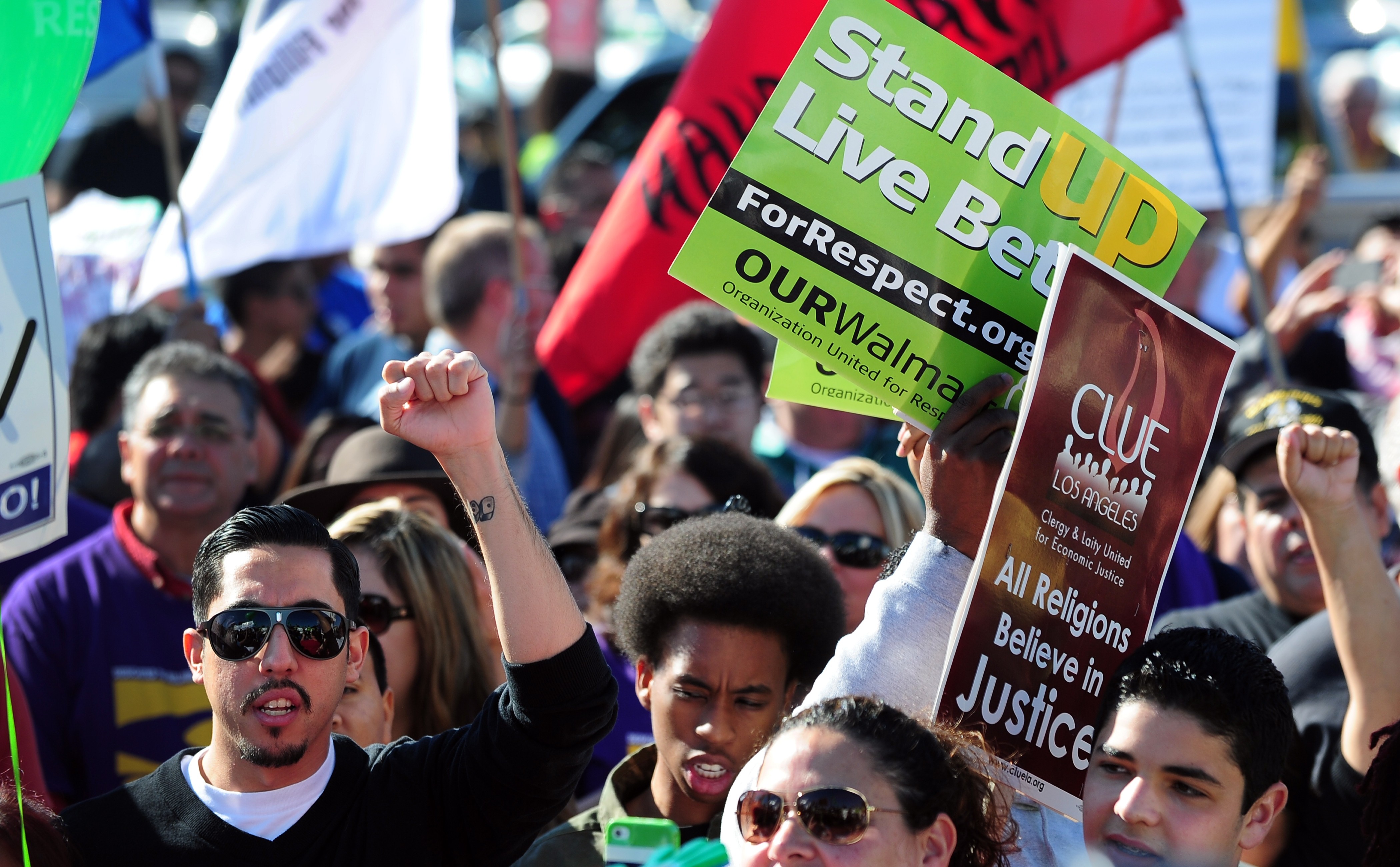 Walmart workers and their supporters are planning to kick off this year's holiday shopping season with protests at 1,500 Walmart stores around the country on Nov. 29. Advocates for Walmart workers hope to use Black Friday, the biggest shopping day of the year, to draw attention to what they describe as low wages and retaliation against employees who criticize the company.

Protestors are hoping for an even better turnout than last year, when hundreds of Walmart workers walked off the job in 46 states on Black Friday, according to OUR Walmart, a group advocating for Walmart workers. Protests have already occurred in multiple cities this month -- most notably in Los Angeles, where more than 50 Walmart workers and supporters were arrested in what organizers described as the largest single act of civil disobedience in the retailer’s history.

"We do expect [the protests] to be larger than last year because we have so many more members and so much more community support,” said Dan Schadelman, campaign director for Making a Change at Walmart, another advocacy group focusing on the rights of Walmart workers, in a conference call Thursday. "We're at an exciting moment, the movement of low-wage workers has taken off in 2013."

Making a Change at Walmart is seeking an end to alleged retaliation against workers, as well as to win full-time work and $25,000 per year for those who seek it.

Walmart, which made $17 billion in profit last year, is facing growing criticism over worker pay. That outcry grew louder earlier this week after news went national of an Ohio Walmart store holding a food drive for its own sales associates.

Walmart appears unfazed. The retail giant claims Black Friday 2012 was the most successful in the company’s history and has no plans to slow down this year. The company said some Black Friday sales would begin this week.

“This is the busiest time of year for Walmart and we’re really focused on serving our customers to make sure they’re having the best holiday season ever,” Walmart spokesperson Brooke Buchanan told The Huffington Post. “We couldn’t do it without the hard work of every associate throughout the country.”

Making Change at Walmart says it has protests planned at stores in Los Angeles, Chicago, the Bay Area, Seattle, Sacramento, Miami, Minneapolis and Washington, D.C. Walmart has nearly 4,800 stores in the U.S., according to the company's website. If the advocacy group makes good on its promise to hit 1,500 stores, there will be nearly one protest for every three Walmart locations in the country.