In Altoona, Iowa, Christmas came early for one local family.

Ruby Modlin was at a local Walmart with her family shopping for some holiday groceries when an anonymous man picked up their $211 bill, KCCI 8 Des Moines reports. Modlin had noticed the man following them around the store, but wasn't sure of his intentions until he stepped in to swipe his card at the checkout. The "secret Santa" handed her the receipt and wished her a Merry Christmas before leaving with his own family.

The holiday gift was particularly special for Modlin, who has been in and out of the hospital in recent months due to liver failure, according to KCCI 8.

When it comes to charitable giving, nothing trumps the holiday season. At a Walmart store in Hastings, Mich. last week, an anonymous donor wrote a $10,000 check to pay off 43 customers' layaway accounts. One woman fainted when she was told her bill was paid for.

In Palm Beach Gardens, Fla., another "secret Santa" similarly requested to donate $10,000 to pay for strangers' layaway accounts at Toys R Us.

Here's a roundup of some of our favorite holiday gift-giving stories: 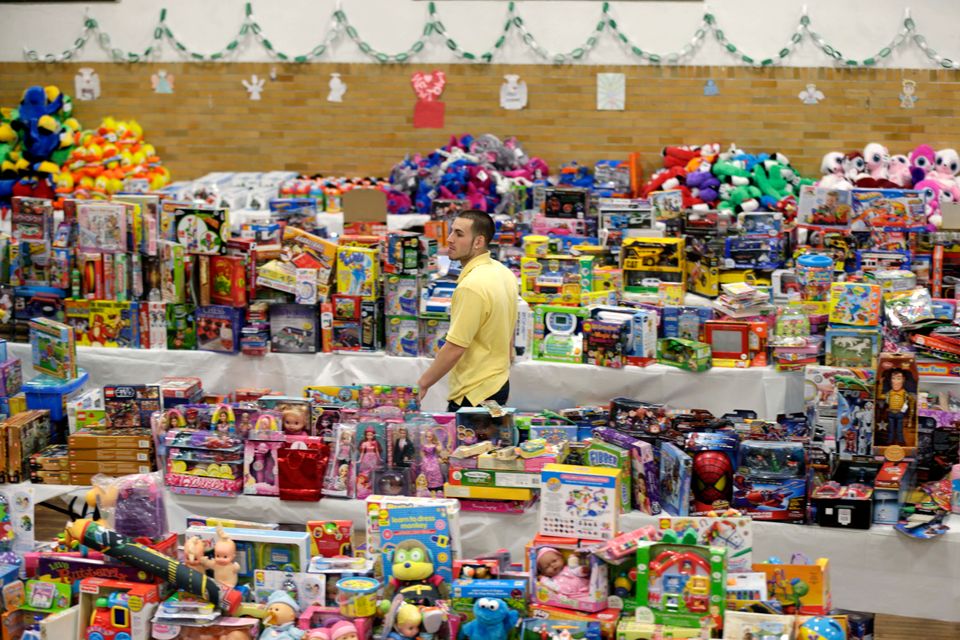 1 / 7
Thousands Of Gifts Pour Into Newtown
The second most deadly shooting in America, which claimed the lives of 20 children and six adults, has rocked the nation, but hasn’t touched its resolve. Since the Sandy Hook Elementary School shooting on Dec. 14, <a href="https://www.huffpost.com/entry/newtown-shooting-donations-gifts_n_2355609?utm_hp_ref=impact&ir=Impact">millions of dollars and thousands of gifts have poured in</a>, according to the Associated Press. And on Saturday, every kid in town was invited to Edmond Town Hall to choose a toy. <a href="https://www.huffpost.com/entry/newtown-shooting-donations-gifts_n_2355609?utm_hp_ref=impact&ir=Impact">"It's their way of grieving,"</a> Bobbi Veach, one of the organizers, told the AP."They say, `I feel so bad, I just want to do something to reach out.' That's why we accommodate everybody we can."
AP