Would you be willing to spend one penny more for a box of macaroni and cheese if it meant that Walmart workers would no longer need food stamps to survive? Because that's all it would cost, according to an analysis by American Public Media’s Marketplace.

While it's unclear how many of Walmart's workers are on food stamps, as many as 15 percent of the company's employees in Ohio are. By adjusting a 2001 analysis from UC Berkeley statisticians of Walmart wage data to reflect inflation and current pay structures like that in Ohio, Marketplace estimated the company would need an extra $4.8 billion to lift its average wages across the U.S. enough to get all of its workers off public assistance.

Walmart workers cost the government about $300 million a year in food-stamp costs, according to Marketplace. A single 300-employee Walmart store may cost taxpayersanywhere between $904,542 and nearly $1.75 million per year, a study by Democrats in the U.S. Committee on Education and the Workforce found.

As an example of how low wages can be, Marketplace noted that one a 2011 analysis placed the average wage for Walmart sales associates at $8.81 an hour. This figure, which was also cited in the congressional report by House Democrats -- comes from market-research firm IBISWorld. Three years ago, an analyst at IBISWorld calculated the average based on job listings in urban areas, and posts submitted to the employer review site Glassdoor showed entry-level Walmart workers earning between $7 and $14, an IBISWorld spokesman told The Huffington Post.

"We don't know how they arrived at that number," Lundburg said in a phone interview. "It's so off it's laughable that they even try to cite it."

He said waged workers earn $11.83 an hour, on average, and that 99 percent of the company's employees make above the minimum wage.

But, as HuffPost has previously reported, Walmart's formula for calculating average wages is murky and may exclude many part-time and temporary workers, while including some supervisors. And most Walmart workers made less than $25,000 in 2012.

In any event, Marketplace estimated that Walmart would need to raise average wages for all low-level employees to just above $13.83 to get its workers off food stamps. And that would cost, in total, $4.8 billion.

Walmart is a mammoth company, so it would only need to raise prices by about 1.4 percent to cover that cost, Marketplace estimated.

To see what all this means for your mac-and-cheese, let's walk step-by-step through Marketplace's calculation:

Sales associates in urban areas earned an average of $8.81 an hour, according to the IBISWorld research number cited by Marketplace 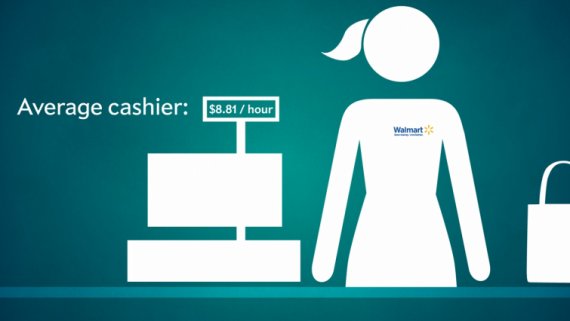 A single mom working at Walmart for that wage might be eligible for food stamps. A two-person household can earn as much as $20,449 per year and still qualify. 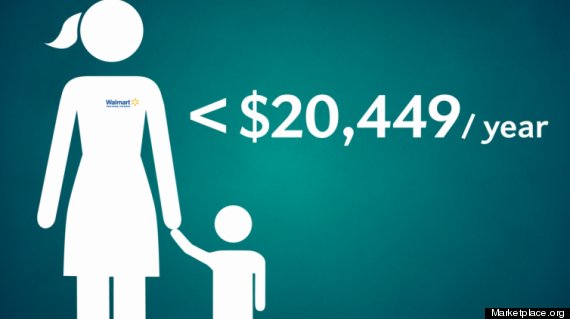 For this single mom to no longer quality for food stamps, she would need to earn about $13.63 per hour at an average number of retail hours. 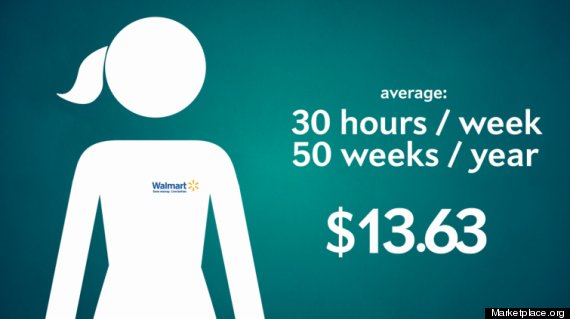 Paying that to employees claiming one dependent and working 30 hours a week, a federal average for retail workers, would cost Walmart an additional $4.8 billion each year. And unless the company wants to eat that cost, it would pass it on to customers in the form of higher prices.

How much higher? On average, about 1.4 percent, by Marketplace's estimate. 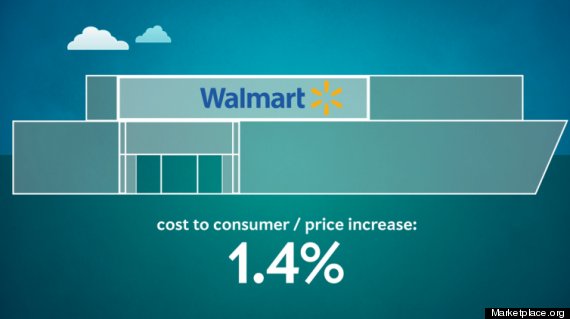 How would that affect Walmart shoppers in real life? Well, a box of macaroni and cheese, which ordinarily costs this much: 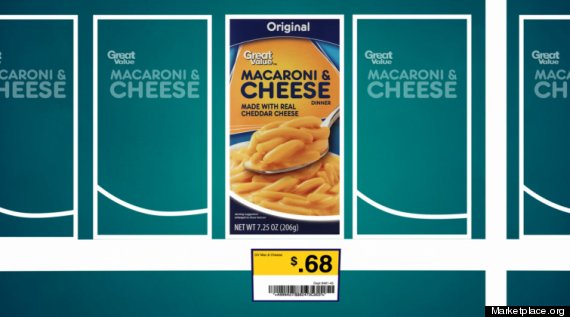 Would now cost this much: 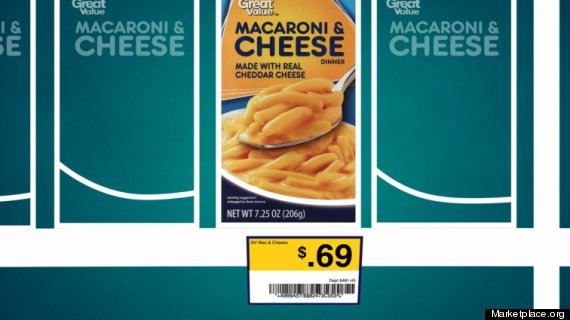 So paying this much more per box of macaroni and cheese: 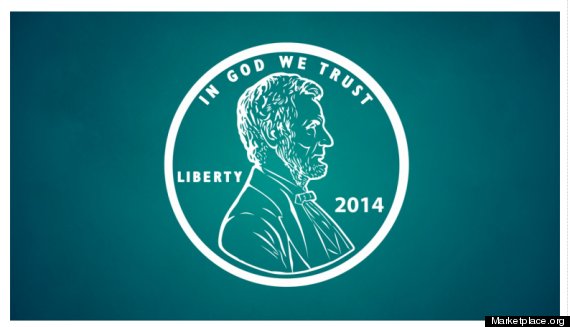 Would save the government this much in food stamp costs each year: 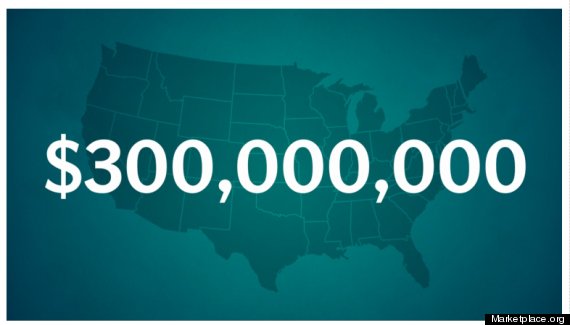 Correction: An earlier version of this post erroneously described Marketplace’s methodology for calculating estimated $4.8 billion Walmart would need to get workers off food stamps. The $4.8 billion cost estimate that the video comes to is not based on the $8.81 wage estimate from IBISWorld, but from a separate 2001 analysis from UC Berkeley, adjusted for inflation. Earlier language in the post also implied that the $4.8 billion would be needed to hike wages for only workers earning $8.81 an hour to about $13.63 an hour. The $4.8 billion estimate is for how much it would cost to raise all workers wages to $13.63 an hour.