Beijing-based artist Wang Qingsong has watched his homeland's epic transformation since the Cultural Revolution, observing China's boom in population, industry and commercial presence over the last four and a half decades. His photographs reflect the overwhelming changes, portraying crowded, polluted and sometimes obscene landscapes jam packed with a variety of figures. 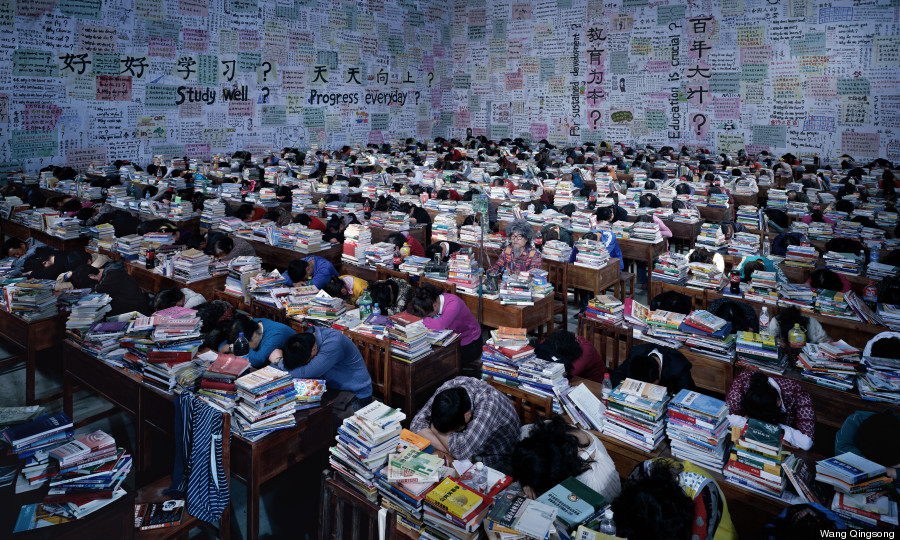 To create his expansive images, Wang stages elaborate scenes in warehouses, involving dozens of models and meticulously placed props combined in impossible arrangements. From gory hospital scenes in amphitheaters to mock UN meetings under a glaze of fog, the photographs are equal parts surreal and obsessive, referencing China's surging material appetite and the rapidly changing economic landscape all in one fell swoop.

"For me, the dramatic changes in China have transformed China into a huge playground or construction site. Whenever I go into the city I feel suffocated by the pollution, social contradictions, and so forth," Wang explained to Oxford Art Online. "All of these factors contribute to the fact that artists cannot just make art for art's sake. I think it would be absurd for an artist to ignore what's going on in society." 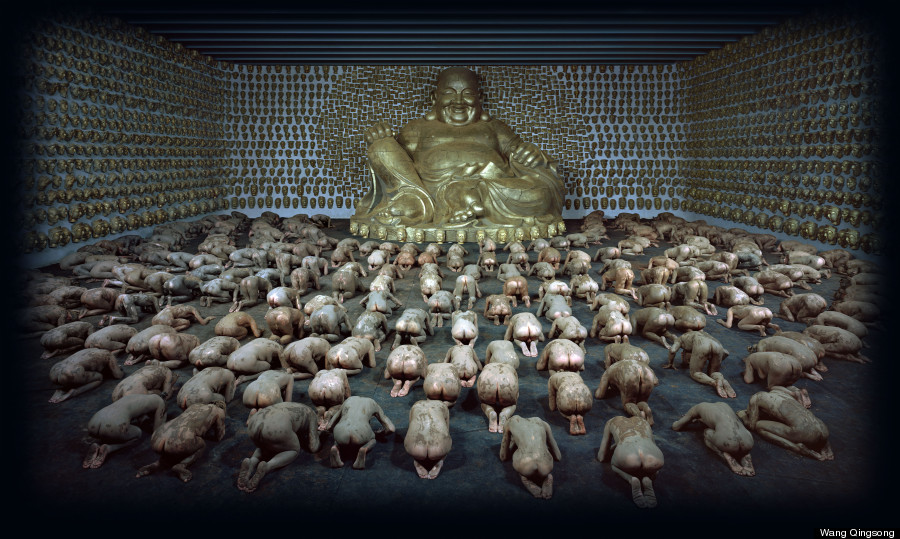 While Wang may not be as outspoken as his Chinese compatriot, Ai Weiwei, the photography genius joins artists like Wang Xingwei and Liu Wei in openly criticizing the societal atmosphere of China. Using sensational imagery and a complex melding of Western and Eastern iconography, Wang pushes the boundary between dark fantasy and the reality of his country's future.

"Often amusing, [Wang's photographs] are more than mere gags," The Economist wrote last year. "Rather, they often feel like odd group portraits, with plenty of powerful reasons to keep looking beyond the first snigger."

Wang's work was recently on view at the 2013 Venice Biennale as part of the fair's China Pavilion. Scroll through the images below for a taste of the politicized, "Where's Waldo"-esque photos and let us know your thoughts on the works in the comments. 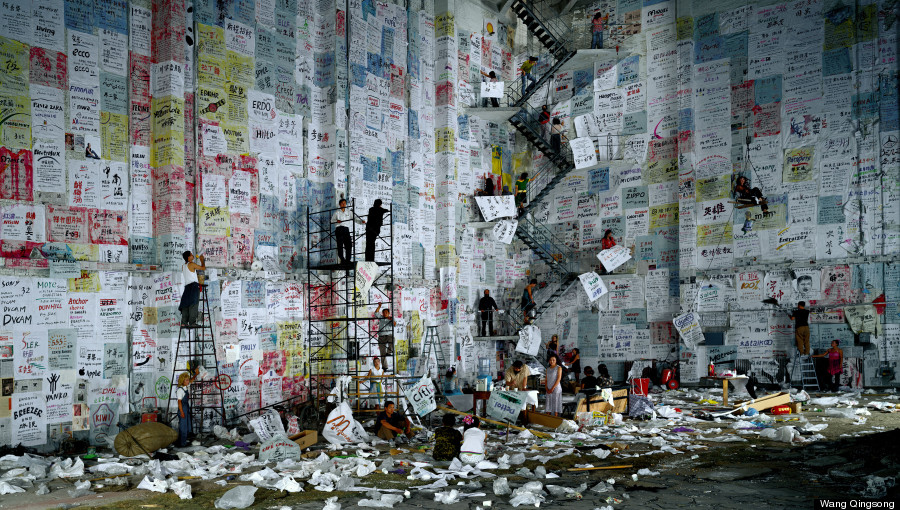 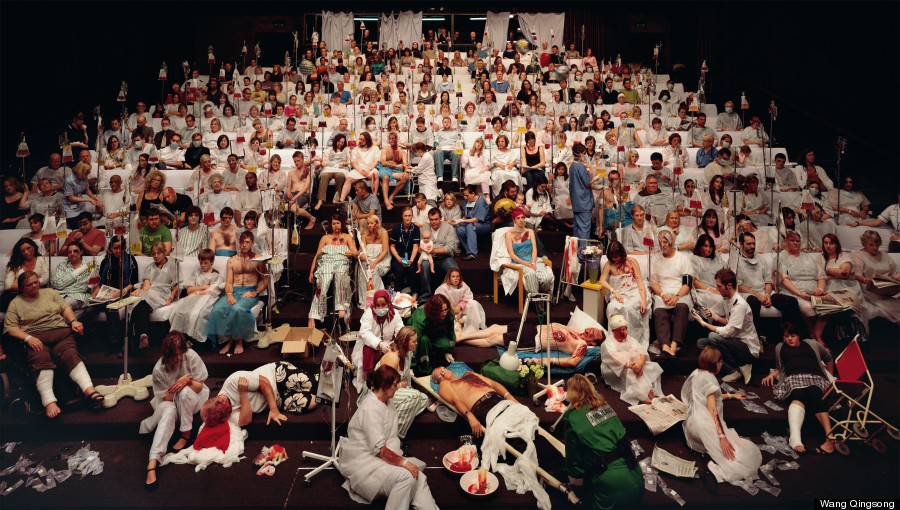 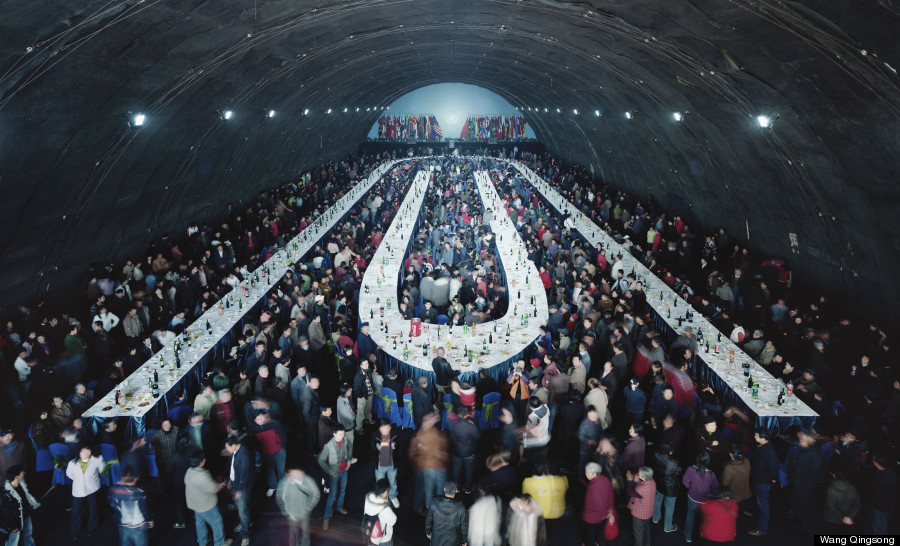 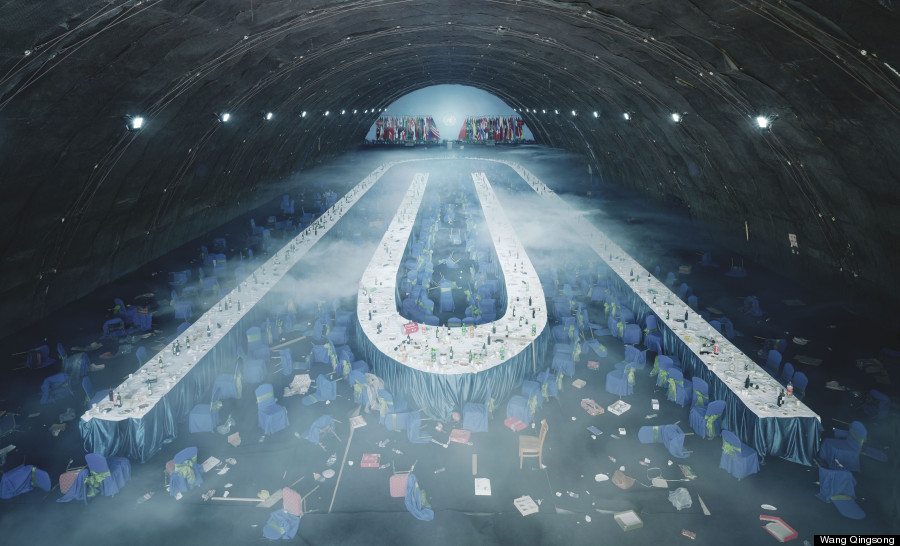 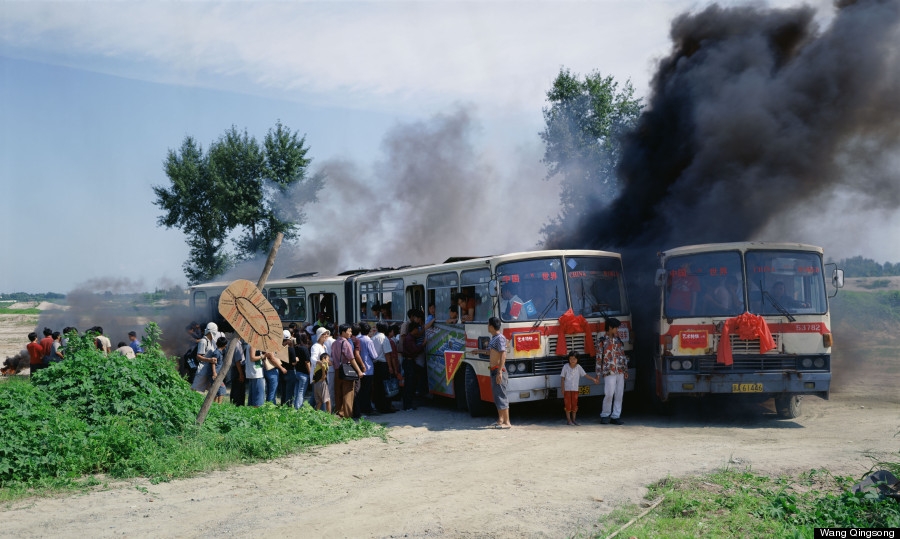