The resurgence and spectacular reception of comic superhero movies in the last few years has brought about familiar arguments. Which is the better franchise DC Comics or Marvel, and who's copying who? I've seen tons of articles pointing out the similarities in DC and Marvel characters. Some heroes have strong resemblances in their backgrounds and personalities. Others have very similar skills or powers. Think about it: The Justice League vs. The Avengers, Green Arrow and Hawk, Batman and Iron Man (Tony Stark/Bruce Wayne) Thor and Superman. I could go on, but are these similarities coincidence, and if not who's copying who? Why would one franchise want to emulate another franchise and who did it first? Tons of resources and theories exist on this topic. Fans and skeptics research and debate, and websites are dedicated to it.

So why would one superhero want to look, act or live like another? Probably because of the level of success already witnessed. Hollywood has been doing this for years by introducing a series of films based on the box office smash-hit success of similar flicks. Maybe they figure it's easier than having to imagine something wholly different, and taking your chances on whether or not people will buy in. Unfortunately similar thinking exists in the realm of social influence and leadership. But most of us aren't in Hollywood, and unless we're part of the DC or Marvel franchise-it's best we discover our own secrets to success. 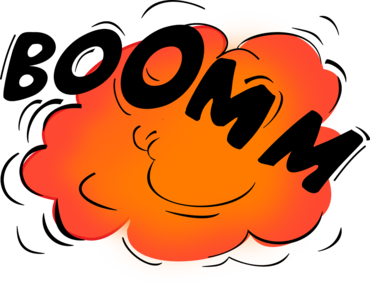 Entrepreneurs too often make the mistake of trying hard to follow in the footsteps of other successful entrepreneurs, and nothing can be more damaging to their efforts. Many fall into the trap of chasing someone else's dream rather than their own. Podcast entrepreneur Jared Easley cautions creators and entrepreneurs about that in the book Stop Chasing Influencers coauthored with life and business coach Kimanzi Constable. Their take: Stop chasing influencers and just become one, and I couldn't agree more. But it's easier said than done, and what's wrong with a little competition right? Here's the thing, Simon Sinek says, "People don't buy what you do, they buy why you do it" and Seth Godin teaches that "People don't buy goods and services. They buy relationships, stories, and magic." Truth bombs.

Every leader or influencer has a unique story with unique life experiences that resonate with a certain group of people. Every leader, creator, or entrepreneur has earned and built influence based on their own personality, experiences and relationships. No matter how hard one person tries to emulate someone else's success story, they're not going to get the same result.

In the end, attempts to be like someone else or do what someone else did, are futile and disappointing--and your chances of becoming "super" based off someone else's vision in your shared influence space are pretty slim.

You have to do what YOU do. You have to know why you do it. It's up to you to build your own relationships, share your own stories and create your own magic. 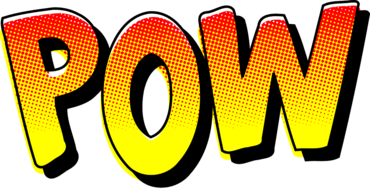 Someone else's dream is not your dream. Yet, it happens all the time. People see the success of others and they're amazed. In most cases, they have sincere admiration for their favorite influencer or entrepreneur, and in a sense those successful people in their niche become their heroes. They figure they have a similar dream so the best way to accomplish it, is to do exactly what their favorite superhero is doing, the same way they did it. It's less about someone trying to hijack another person's dream and more about attempting to follow someone else's path to success. Either way though, it's just not going to be the same. You have to suit up in your own super gear, find the cape that will help you fly on your own, and wear that.

One of the greatest villains or enemies of aspiring entrepreneurs, content creators, or social influencers is "Fear"--fear to be oneself, fear to step out and try something totally new, fear of starting from scratch and building something. Starting out is challenging, but your kryptonite is the phrase, "I can't".

Stop trying to be a double agent. You can't be someone else, and yourself at the same time. Remember, Fear is our greatest villain-"I can't" is our Kryptonite".

If you really want to be a "super" leader or influencer remember this: you'll find your own super powers when you discover your unique passion, purpose, and vision, and when you develop your own compelling message that brings value to the lives of those around you. Now go crack that case, and save the planet one genuine relationship at a time.