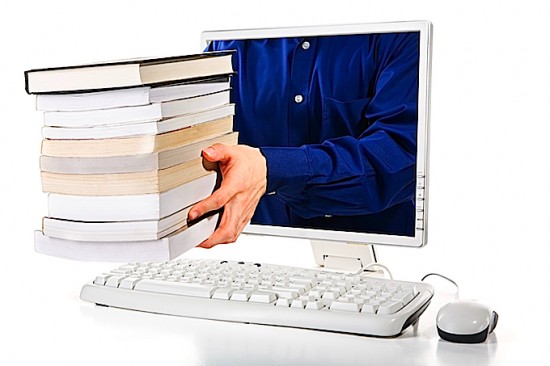 Today it is easier than ever to generate a following online for your work. If you are producing excellent content in your niche and expanding your personal brand your chances of landing a book deal are at an all time high. If you are looking for a book deal, prove to publishers that you have what it takes by starting a blog and getting people to listen.

These five authors started out as bloggers and now have landed themselves big time book deals courtesy of Under30CEO.com the resource for young entrepreneurs.

Matt Gallagher originally started his blog when he was deployed to serve in Iraq as a way to share experiences with his friends and family, "no one likes the blast email," he said. In May 2008, the Army made him shut it down. Two months later, the Washington Post published an article about the Army shutting down a soldier's blog, which gained the attention of publishers who offered him a book deal shortly after. His book, sharing experiences serving in Iraq, came out in March.

Originally starting her blog as a class assignment, Pamela went from about 100 to 20,000 visits in 24 hours when her blog was linked up by author Guy Kawasaki.

She found different ways of directing traffic to her site, "I spent a lot of time reading and commenting on other people's blogs when I first started blogging. I also closely followed the work of some of my very favorite bloggers, took copious notes on their writing style, approach and insight."

Christian started his blog in January 2008 and a month later it was featured on NPR's Talk of the Nation, to debate whether the site is considered racist or satire. By March 2008, he had a book deal with Random House.

When Shuana James Ahern began her blog in 2006, she wasn't just another online presence raving about her favorite foods and recipes. Her added-value was blogging specifically about simple methods for cooking and buying products for the ever growing gluten-free population. A year later she was writing a book.

Not every book deal today requires a solid writing style or expertise in a specific subject-matter. Just ask Lauren Leto and Ben Bator who came up with a concept everyone could easily identify with. People around the world submit their texts and the most entertaining ones are posted on the site. It was that simple. The 192-page book was released in stores in January. While securing a book deal was a major success, it was by no means a slowing down of the site, which currently gets about 4 million hits per day.

Setting up a blog is easy. Wordpress.com is a popular site or if you use Gmail, you basically already have an account on blogger.com. Now go off and be the next success story. But don't just start ranting about that annoying cashier at the grocery store. To have a good blog, you should have a focus, know your audience and write about what you care about.

This article originally appeared on Under30CEO and was written by Uptin Saiidi .