This article was originally published on riskology.co.

If you want to help people change, don't judge or criticize. Instead, tell them a story.

When I was a kid, my mom had stories for everything: why you should brush your teeth, eat vegetables, not talk to strangers or do drugs. The one I remember vividly, though, is about lying.

When I was six was on a baseball team. I loved playing in games but didn't care much for practice. To get out of it, I'd pretend I was sick. When she caught on to what I was up to, Mom threatened, "You were too sick for practice yesterday, so you must be too sick to play in your game today."

The details are fuzzy, but I probably cried a lot and ran around throwing a fit. When I was done, she told me the story of the little boy who cried wolf [1]. The lesson? No one believes a liar, even when they're telling the truth.

After that, I only needed to hear the story to know it was time to shape up each time I stretched the truth. The story changed me. Against my instincts and desires, it forced me to be a better person. I still remember it today when the temptation to lie strikes.

But it's not just me. Story is a powerful motivator for change in anyone. If you have a message for the world -- if you're trying to get people to change the way they think and behave -- a story could be the most powerful weapon in your toolbox. 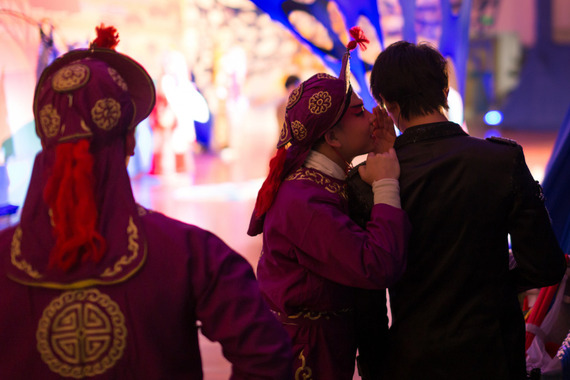 Why Story Is A Powerful Motivator

Think of a recent argument. Specifically, a time someone tried to get you to change something about yourself. They might have explained how they don't like how you act and that you should change it for various reasons.

You, however, happen to like yourself just how you are thankyouverymuch! The more they confronted, the more you tuned out, thought of something else, resolved to be more the same than ever before!

Changing the way someone thinks or acts requires confrontation. You have to point out their inadequacy and try to say or do something that will make them change. Turns out, people don't like that. Especially when what you're trying to change is a long-held habit.

Rather than listen, you tune out and look for proof you're perfect just the way you are. It's called confirmation bias [2].

But when you tell a story, the reaction changes. If someone tells you you're overweight and need to lose 50 pounds, you're probably not going to like that. But if they casually tell you a story about their friend who lost weight, you'll listen with great interest. You might even tell yourself, "I can do that! I should do that!" And if you hear that story a few times in a few different ways, you actually might.

Why? Because a story does two powerful things to persuade:

This the weird thing your brain does to process a story. It forces you to take a first-person perspective, and that vision of yourself -- once it's in your head -- is an incredibly powerful motivator to make a change [3].

How To Tell A Convincing Story

It's not enough to just understand how stories win hearts and minds. You have to be able to craft your own.

If you have a message for the world -- if you're on a mission to change the way people think or behave in some aspect of their life -- your success will depend on your ability to tell great stories.

The formula is pretty simple, though. You can create your own persuasive story in just a few minutes.

Maybe you want to...

This will take crafting over time to get right -- and it will need to vary from person to person as you tell it -- but if you really want to make a difference in someone's life, don't just tell them what to do and why they should do it. Show them with a powerful story.

1. The boy who cried wolf is one of the most popular Aesop fables about a bored little boy who "cried wolf" while watching sheep to get villagers to come entertain him. The villagers eventually stopped believing his cries and all the sheep were eaten when a wolf really did come.

2. Confirmation bias is a psychological principle that explains how people who hold a belief will look for evidence to confirm that belief and ignore evidence that it's wrong, even if the evidence against it is overwhelming.

3. For more evidence of this, look at the way people behave after watching TV. TV is a fantastic medium for storytelling, and it's why actors determine fashion trends, weight loss fads, and various other aspects of everyday life.

Thanks to David McRaney and Melanie C. Green for their fantastic discussion about this topic in Episode 14 of the You Are Not So Smart Podcast that informed this article.