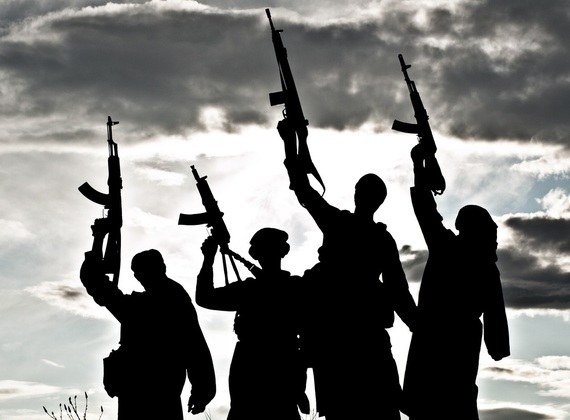 Part one of this two part article argued the case against American military intervention. The conclusion focuses on how to deal with ISIS.

Whether or not one agrees with the assessment, media coverage and the statements of world leaders have ensured that terrorism is currently the most important global issue in the popular imagination. A recent New York Times poll showed that 19 percent of Americans ranked terrorism as the issue most important to them, higher than any other issue listed in the poll. Why then do we not see the world taking an urgent, unified approach to this issue? Why do we instead see a global community in disarray, bickering impetuously and unable to put aside its differences? The disjointed bombing campaigns launched by France, Russia and the United States in Syria in the last month appear to have done little to weaken ISIS and have instead caused civilian casualties and disillusion amongst the local population. The world needs to do better than that.

Let me state at the outset that first and foremost, we must cease portraying the fight against ISIS as an American war-because it is not. Iraqis and Syrians have been the main victims of ISIS. Saudi Arabia, Lebanon and France have all experienced high-fatality terrorist attacks planned and coordinated by ISIS. There is a far greater and much more clear and present danger from ISIS to Muslim populations in the Middle East than to any other region of the world. Secondly, the Second Gulf War was widely seen as an American war, the "coalition" dismissed as a mere pretense. This contributed greatly to the perception of America as a unilateral aggressor that disdained global opinion. Al-Qaeda in Iraq, the direct progenitor of ISIS used this effectively in its propaganda and recruitment efforts. If this is seen as yet another American enterprise it will play into the hands of ISIS and further fan anti-American sentiment. The most useful role America and other Western nations can play is an ancillary one providing ground intelligence, satellite reconnaissance, logistical support and training.

Without further ado, an Emergency Special Session of the United Nations should be called and an attempt made to arrive at a consensus on how to deal with ISIS. Input from the world beyond Europe and America is needed if any anti-ISIS effort is to have acceptance in the Muslim world. The "good ol' boys" attitude employed by NATO countries when it comes to military action since 9-11 has only served to alienate Muslims and raise suspicions about Western motivations for war. The world must speak with one voice and with conviction when it comes to ISIS.

The Arab League and the Organization for Islamic Cooperation (OIC) must be asked to play a focal role against ISIS. These organizations claim to represent Arabs and Muslims and to defend their interests. It is Arabs and Muslims who are the principal victims of ISIS; if not now, then when will Arab and Muslim leadership take ownership of the conflicts in their midst and fulfill their pledge to be their brother's keeper? Saudi Arabia was able to assemble a coalition consisting of nine Arab states, Somalia and Senegal to fight the Houthi insurgency in Yemen. It even asked Pakistan to join the effort but the Pakistani parliament declined the request. Is ISIS a less pressing issue than the Houthis? Does the bravery and the resolve of these nations end where ISIS begins? Or do sectarian obsessions so possess their minds that they cannot lift a hand against the enemy of their enemy? Any military action that is to be taken against ISIS must be fronted by Arab troops and be supported by other Muslim majority countries. Turkey has already started to help train Pesh Murga fighters; having one of the largest and most powerful armies in the Muslim world it should play a larger role against ISIS.

Each state bordering Syria and Iraq must do more to stop oil-smuggling and the steady stream of ISIS recruits pouring in from all over the world. A continuing capability of ISIS to generate revenue and gain recruits is inimical to any military endeavor against them. The inability to control ISIS from generating oil revenue and receiving cross-border recruits is an unacceptable failure that will not be redeemed by the finger pointing that Russia and Turkey have recently engaged in.

The Arab clergy has long been politicized by regimes that have used them to oppress minorities and give religious sanction to their illegitimate autocracies. These clergies have large followings and command great respect. Getting vocal clerical support against ISIS is vital to thwarting their "defenders of the faith" pretensions and recruitment propaganda. Quietist Salafis in particular are a vital untapped resource that could hold the ideological ammunition needed to strip ISIS of the religious legitimacy they aspire to. There is a sizable presence of Quietist Salafis in Saudi Arabia, Jordan, Iraq and Syria. Since they speak the same theological language-while advocating non-violence and non-participation in politics-they are more likely than clerics of other denominations to find a receptive audience among Syrian and Iraqi Salafis that are the main recruitment pool of ISIS. The Salafi school of thought that follows the late Sheikh Muhammad Nasiruddin al-Albani has a prominent presence in Jordan and Syria. With its strong opposition to "Tafkirism" (doctrine of excommunication and declaring other Muslims of being heretics) and violence it may provide the rhetoric that could prevent youth from being drawn to the apocalyptic rubbish of ISIS.

To divest ISIS of the trauma and resentment it feeds on, the Government of Bashar-al-Assad must go. Just as the excesses of Prime Minister Maliki and the torture and killing campaigns of militias like Al-Badr fueled Sunni resentment in Iraq, Assad's horrific civilian slaughter in the early days of the Syrian civil war was the impetus for the arrival of ISIS in Syria. For this, it is necessary that Russia and Iran be engaged diplomatically as only they have the sort of leverage with the Syrian regime to maneuver an Assad abdication. While the butcher of Homs and Aleppo deserves far worse, a bloodless end to his brutal regime would go a long way in calming sectarian conflict and preventing prolonged civil war.

On December 15, Saudi Arabia announced the formation of a 34-Nation "Islamic Military Coalition". Many are skeptical about this due to the precious little that Saudi Arabia and other Arab states have done to fight ISIS thus far. It is now time for the world to take them up on their word. This is not America's War. This is not Europe's war. Beyond the anti-Western posturing and grandiose proclamations of global ambitions, ISIS is a political movement whose goals are manifest-power and territory in the Middle East. It is the brutality, corruption and abysmal governance of Middle Eastern autocrats that has contributed as much to the birth of extremism as Western political and military intervention has. This is their responsibility, their mess to clean up. A broad coalition of Muslim nations united against ISIS will also have tremendous symbolic significance. It will send a message, loud and clear, that extremism has no place in the Muslim world.

Lastly, let us not perpetuate the legend of ISIS. In the final analysis it is a group that probably numbers less than one corps of the United States Army.

It does not have modern weaponry. It has neither a navy nor an air force. It can be defeated easily if the global community can find the resolve and good sense to put aside differences and act for the common good.