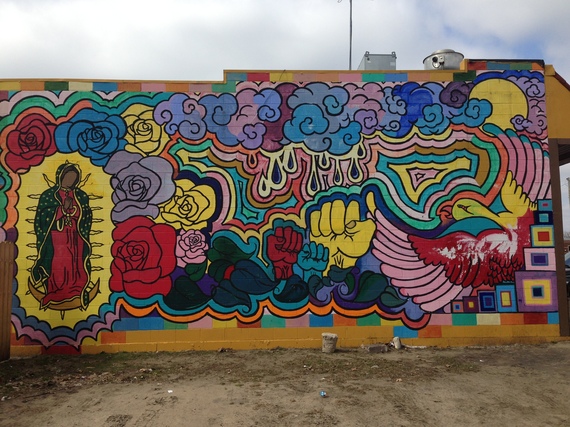 Donald Trump's recent largely baseless anti-immigrant tirades, which sadly resulted in a spike for him in presidential polls, are not new phenomena for demagogues and political opportunists. It is, however, something that Latinos and Latinas, from lay-persons to politicians to entertainers, are now openly confronting. This is why engagement and education must continue. Indeed, while the United States may be considered a "nation of immigrants," this reality is at odds with the level of anti-immigrant sentiment in national and local news headlines, particularly during national political campaigns. Derisive comments about Mexicans and Latin Americans only serve to highlight the general ignorance and deep misunderstanding that persist in the U.S., particularly with respect to the neocolonial history that ties the U.S. and Latin America. While stereotypes about immigrants and Latinos/as have always existed, these have especially intensified after 9/11, as chronicled in the book Those Damned Immigrants: America's Hysteria Over Latin American Immigration. In fact after 9/11, law-abiding Latinos/as and Muslims/Arabs have been equally maligned, and are commonly intertwined in the American imaginary, to the point that the discourse on immigration has become rhetorically linked to the fight against terrorism. For instance, Congressman Tom Tancredo made anti-immigrant terrorism threats a mantra of his presidential bid. Fear, distrust, and ignorance tend to be the fuel behind xenophobia, which in turn promotes stereotypes that feed fear and distrust. It's a vicious cycle; and the only way to break it is through education.

The truth is that Latinas and Latinos have lived in the territory that is now the United States before the latter was actually a country. This group has migrated and continue to migrate to the U.S. for multiple reasons that, more often than not, has been encouraged by this country's economic sector, and is the result of direct U.S. intervention in their countries of origin. And another undeniable truth is that people of Latin American descent--Latinos/as--are in the U.S. to stay. Whether people are ready to accept it or not, we are a foundational and indispensable presence in the United States, particularly in the economic arena. Given these realities--simple historical facts that most Americans do not know because Latin American history is usually not taught in schools must be addressed. Only education can combat negative stereotypes.

One of the primary ways to achieve this education is through down-to-earth, experiential, real-life education. For those of us teaching at university level, adopting a community-based learning approach (also known as CBL and service-learning) can provide us with the tools we need to make education a truly transformative experience. CBL is a pedagogy that mixes the knowledge learned in the classroom with the knowledge that students acquire while performing volunteer service at a community organization.

One of the most powerful ways to combat racist and negative stereotypes about U.S. Latinas and Latinos, or any group for that matter, is to be armed with actual facts and data, and to use that information to engage others in learning about and interacting with that particular community. CBL offers the opportunity to combine these two key aspects: the personal and the intellectual. Here are five reasons why everyone would benefit from teaching/taking a CBL course:

1. Reading literature will never be the same - Reading about people's lives and stories is a great way to expand our worldview, but when we can connect what we read to the reality around us, literature seems to acquire an unprecedented power. It's not the same, although it is important, to learn about a people or group "from the outside"--limited to the four walls of a classroom--than to also work and interact with that group. One aspect fortifies the other; what you learn in the classroom helps you understand the experiences at the community partner's organization, while at the same time your experiences there inform your understanding of the academic material. It becomes a powerful and positive cycle that makes you appreciate the power of literature and the transformative role it can have for minorities.

2. You will gain a level of understanding that isn't common in the classroom - The world is the classroom. While you may memorize definitions for immigration, immigrant, migrant farm worker, second-generation, racism, sexism, achievement gap, etc., those pale in comparison to how you will understand these concepts after taking a CBL course. These words gain a much deeper meaning because the concepts become personalized. An immigrant is not only a statistic anymore--or a threat to the U.S.--but rather the little boy you've been helping all semester with his math homework, someone who you see struggling with English, eager to earn good grades and be a doctor someday. All of a sudden, "illegal immigrant" is the sweet and soft-spoken mother of the siblings you've been mentoring, someone you come to admire when you learn how she risked her life escaping unimaginable violence in her country in order to give her children a chance at life.

3. Your sense of civic responsibility is likely to multiply - With a much deeper awareness of the different problems and hurdles faced by many U.S. Latinas and Latinos, not only because you've studied it in the classroom, but because you see it every time you volunteer at the community partner's organization, the typical reaction is to feel a need to contribute to transform society.

4. Diminish the town-gown divide - It's become more common these days for universities to express their goal of becoming more involved with the communities that surround them. Oftentimes this translates into funding for beautification projects around campuses, while the real roots for transformation are ignored. What is the best way to chip away at the ivory tower? Getting students into the community. When students take a CBL course they are forced to break their college "bubble," in other words, they are forced to get out of their comfort zone. Volunteering in the community broadens their world-view, they discover that they don't need to study abroad in order to gain new insights about the world.

5. Get to know your self better and grow as a human being - Going out of your comfort zone is never easy. It forces you to face your fears and self-doubts. Taking a CBL course is often a guaranteed way to make this happen.

Thus, education, particularly through approaches such as CBL, can serve as powerful grassroots tools to combat the hateful and uninformed rhetoric of demagogues. The more we engage each other, the less likely baseless race-baiting will continue to occur in the current largely unchecked fashion.

Associate Professor of US Latina/o Literature