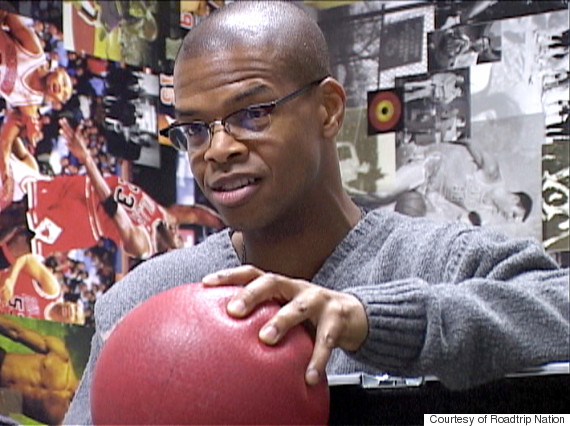 Figuring out how you fit into the world isn't an equation you solve once. From recent grads wondering how to turn history degrees into careers, to jaded career-changers looking for something more meaningful, to retirees starting anew, the entire life cycle is punctuated with crossroads that demand evaluation and change. Deciding which path is best for you is hard enough -- add the cacophony of other people's ideas and expectations, and you find yourself in a veritable pressure-cooker of anxiety. So how do you get from that lost and confused "Maybe I should just join a commune?" state to a place of happiness and fulfillment?

Sometimes it's easier to find your way by seeing how others found theirs. Think of it as a sort of career version of stopping to ask for directions. At career exploration organization Roadtrip Nation, that's what we've been doing for almost 15 years. We've taken our green RV across the U.S. on highways large and small, talking to anyone who has a story to tell about how they got to where they are -- people like comedian Wanda Sykes, filmmaker Richard Linklater, the scientist who decoded the human genome, and many more. Our new book Roadmap: The Get-It-Together Guide for Figuring Out What to Do with Your Life is the culmination of these conversations, but it's also an approach and a process for answering the question of what you're going to do next, built on activities and exercises that will guide you through the journey.

None of the people we've talked to knew exactly what they were going to do when they started out. Some had an idea, some had no idea, and some had an idea that turned out to be wrong. What we've learned is that all of those starting points are okay. We've also learned that when that huge, vague "What am I doing with my life?!" question is barreling down on you, it's easier to break down the question down into smaller ones. For author, speaker, and agent of social change Kevin Carroll, answering this question is all about channeling play. When you were young, what was that one thing you could get lost doing -- that thing that brought you the most joy? Are you channeling the spirit of that joy now? Because you could be. No matter how adrift you feel, that seemingly far-off little speck of joy is a compass; follow it when you're trying to map the murky future and figure out your next move.

Take Kevin as an example. With his joy serving as his GPS, Kevin has been on an ever-evolving journey, from starting out as an interpreter for the Air Force, to becoming head trainer for the 76ers and a brand innovator for Nike. Those leaps might seem spectacularly unrelated, but looking back, Kevin can now see an unmistakable through-line: he was just staying true to himself and his interests. For him, it was all about connecting to community through sports; his joy is a simple red rubber ball.

"People told me bouncing this ball would get me nowhere in life," says Kevin, holding up the red ball that's become his most potent representation of that joy. "But this ball gave me courage. It taught me how to deal with disappointment -- how to deal with things beyond my life." Abandoned by his parents when he was five, Kevin found himself at the doorstep of his grandparents' house in Philadelphia. That first day in his new neighborhood horsing around with other kids, Kevin played with a red rubber ball that earned him the nickname "the fast kid." That experience of play made him feel connected to his new friends and his new life -- it made him feel like he belonged. He held on to that feeling. He'd spend the rest of his days chasing it, and inspiring others to do the same.

"A lot of times you go to college and you're not searching for your joy," Kevin says. "You're searching for a job, a career -- but you can get all of that if you're on the right path." Kevin's early dream of playing professional basketball was derailed by a knee injury, but he recalibrated and followed his interests into athletic training, marketing, motivation and other pursuits that he never expected -- always keeping his joy at the center of every decision. The first step toward finding the right path for you is to look inward, but know that once you find the thing you're interested in, it's not always a set course. It's a lifelong journey, and it'll twist and turn as you try new things and evolve. But if you put yourself on the path of the thing that brings you joy, things like job and career and what you're doing with your life will follow.