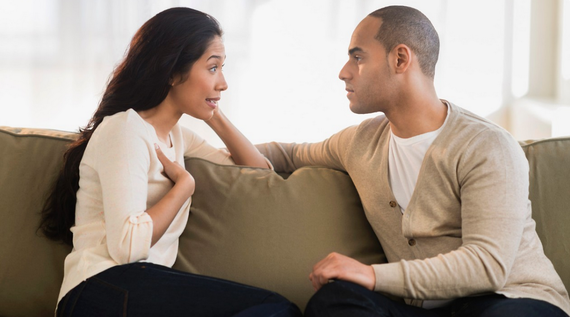 Throughout the years I've worked a great deal with individuals and couples in psychotherapy who've become masters at damaging their relationships. They do so in a number of ways, but two, in particular, are most effective. They engage in a kind of dance:

One partner withdraws, emotionally, when confronting differences or conflicts, and then hunkers down, waiting -- or hoping -- for the conflict to go away, somehow. The other partner conveys his or her desires or feelings by, well... saying nothing. The magical thinking, here, is that the partner will, of course, know how to mind-read, and then respond accordingly, as one hopes and expects.

It's classic -- and you can almost hear a Strauss waltz playing as the couple does this little dance together. It's very familiar in psychotherapy, and now some empirical research has honed in on this pattern. It shows the different ways in which both withdrawal and mind-reading harm relationships; with different degrees of harmful consequences. The findings highlight, in my view, the importance of practicing greater transparency throughout one's relationship - "radical transparency," as I've called it in this previous post -- as scary as that can feel at the outset.

The research, conducted at Baylor University, examined these two patterns and demonstrated how they are harmful in different ways, and for different reasons. "Withdrawal is the most problematic for relationships," said researcher Keith Sanford. "It's a defensive tactic that people use when they feel they are being attacked, and there's a direct association between withdrawal and lower satisfaction overall with the relationship." And, "Expecting your partner to be a mind-reader" -- which often reflects feeling anxious in the relationship -- "...makes it especially difficult for couples to make progress toward resolving conflicts."

The study was published in Psychological Assessment, and is described in detail in this report from Baylor. It concluded that that withdrawal doesn't necessarily influence whether a couple can resolve their conflict, but expecting or hoping the other person will be a mind reader "has a direct influence on the couple's ability to settle the issue."

The researchers found that withdrawing from a partner's criticism or complaint can reflect feeling threatened, and is "more characteristic of unhappiness...you see more of that in distressed relationships." Those who expect a partner to know what's wrong without being told tend to feel anxious and neglected; vulnerable, rather than threatened. Conflicts in which one partner expects the other to mind-read were more likely to lead to negative communication and anger.

Either way, relationships suffer from any kind of hidden communications. Countless couples become entrenched in patterns that steadily erode and undermine their mutual understanding, respect and prospects for sustaining intimacy. This research adds credence to the damage and suffering that results.

More:
healthy livingrelationship adviceLoveRelationshipsLove and Relationships
Newsletter Sign Up
The essential guide to taking care of your mind and body
Subscribe to HuffPost’s wellness email
Successfully Subscribed!
Wellness delivered to your inbox