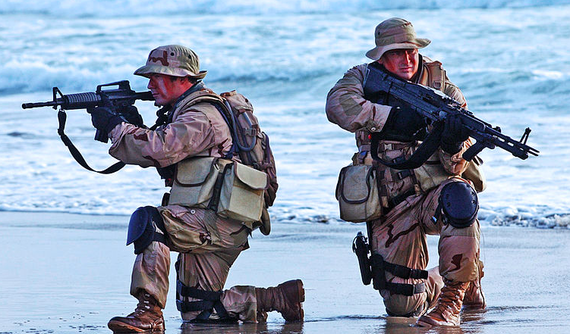 Resilience is defined as "the capacity to recover quickly from difficulties; toughness."

It's a characteristic of some of the world's most successful people. It's also a required trait to endure and succeed in some of the toughest specialties in the U.S. military.

Over on Task and Purpose (a site for members of the U.S. military) and Fatherly (a site for--well, fathers), a former U.S. Navy SEAL named Eric Greitens (now a candidate for Missouri governor, by the way) shared his tips for raising children to be more resilient--rules that also apply to anyone who wants to increase their mental toughness. Here's our take on the plan Greitens outlined. 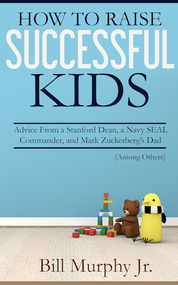 Like any self-improvement program, increasing resiliency requires demonstrating a commitment. And if you hope to inspire others, such as your children, it's doubly important.

"To paraphrase Ralph Waldo Emerson, who you are will speak more loudly to your children than anything you say," says Greitens. "If they see you always able to pick yourself up when you've been knocked down, that's behavior they're going to adopt intuitively."

Responsibility here means over everything that you can control in your life. There are things you can't control, sure--but know the difference.

"Teach your children early not to pass the blame or make excuses, but to take responsibility for their actions" says Greitens.

3. Seek to serve others.

Besides positively affecting the rest of the world, service to others emphasizes that life really isn't about just one person (you). It also helps you increase resourcefulness and empathy.

"Children who know that they have something to offer others," Greitens says, "will learn that they can shape the world around them for the better."

This is one of the things that the most successful people do under any circumstance.

Expressing gratitude to others improves your performance as a leader and also frames your mind to appreciate the things you've been given. Because, let's face it, even on your worst days, you probably have things a lot better than most people in the world.

5. Let others solve their own problems.

Certainly this doesn't mean letting other people founder or even flounder--especially your own children. However, there's often as much to be gained in learning how to solve problems as there is in solving the problems themselves.

"Your children should know that you're always there for them, and that they can call on you when needed," says Greitens. "But give them the opportunity to learn to solve their own problems."

Sometimes the best thing that can happen is to make a big mistake and live with the consequences. However, it's often the case that the mistakes we make as children have fewer long-range effects than things we screw up we get older. So, better to learn from smaller mistakes while we're young.

Moreover, allowing your children to live unimpeded through the consequences of what they choose to do can also have another benefit. It demonstrates that things are rarely as bad as they might appear at first blush--and that sometimes good can arise out of bad.

It's almost a cliché among entrepreneurs, but failure is a prerequisite to success. Nobody accomplishes anything great if he or she is afraid to fail.

Risk-taking and failure go hand-in-hand. People who are afraid to lose what little they have will likely never achieve very much more.

"To be something we never were, we have to do something we've never done," says Greitens.

9. But assert your authority where it's sensible.

Greitens is writing for parents who want to increase their children's resiliency, but this is likely applicable to any situation in which you have some authority over others' actions--as a boss, a coach, or a mentor.

"Not every risk is a good risk to take," Greitens says. Sometimes we all need an experienced, more authoritative person to show us the better way.

10. Express your love for the people you care about.

Resilient people know that they rely on the love and care of others in their communities. One of the best ways to reinforce this is to express how you feel to those people often.

In fact, this is a great practice no matter what your self-improvement goals are. Doing so both reassures them and reminds you about the importance of your relationships.

Don't forget to download the free 103-page e-book, How to Raise Successful Kids: Advice From a Stanford Dean, a Navy Seal Commander, & Mark Zuckerberg's Dad (Among Others). Free!

You can find me on Facebook at thatbillmurphyjr. I also write for Inc.com, where a version this article first appeared. Here are a few other posts you might like: