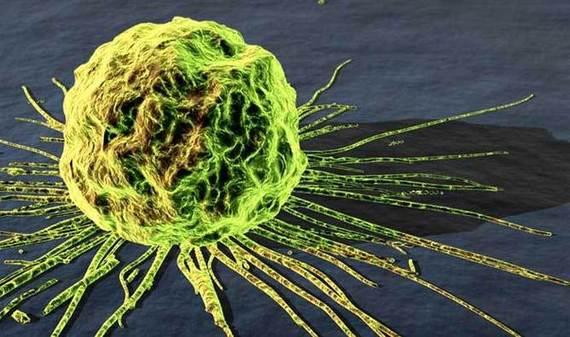 The American Cancer Society estimates that in 2014, there will be about 1.7 million new cancer cases diagnosed and 590,000 cancer deaths, accounting for nearly 1 of every 4 deaths in the U.S. The annual productivity loss from cancer deaths is expected to grow to $147 billion by 2020.

Against this constellation of people, beliefs and ideologies, the annual U.S. federal budget for cancer research has been flat over the last six years at about $4.9 billion. That means it has not kept pace with inflation, which has now robbed NIH of over $400 million in purchasing power in 2013 alone.

Why do so many groups think that $4.9 billion per year is an acceptable level for cancer research and vote to continue this year after year, even though nearly everyone will have to deal with cancer during their lifetimes? Who came up with this figure, which has become so ingrained as a traditional fiscal target that no one ever proposes with a straight face, say, $10 billion or $20 billion instead?

The vast majority of cancer research in the U.S. is conducted by the National Institutes of Health (NIH) at their National Cancer Institute. The government closure last October was major blow for the NIH, which lost $1.71 billion during sequestration. The bipartisan appropriations deal reached by Congress in January 2014 only partially restored NIH funding to pre-sequestration levels of $29.9 billion, but this is $700 million below the 2013 enacted level of $30.6 billion. The Federation of American Societies for Experimental Biology has recommended that the White House increase the annual NIH budget to $32 billion dollars . Unfortunately, the White House budget for 2015 will only provide a meager increase to $30.36 billion.

Meanwhile, Senator Rand Paul's proposed 2014 federal budget (page 35 table) reduces NIH to its spending levels in 2008, which was $29.3 billion. Nevertheless, the Rand budget plans to replenish the budget lost by the Department of Defense by adding $126 billion over the next 10 years (see page 41 table) from its current $600 billion.

Why isn't it appropriate for the Congress to feel an equal moral outrage and increase the NIH budget by $2 billion?

All of these numbers are simply rearranging the chairs on the deck of the Titanic. The bottom line is that the portion of the NIH budget that goes to cancer research is close to $5 billion, give or take. This is such a small amount compared to the federal budget or the U.S. GDP, that one seriously wonders how this meets the needs of fighting a major life-threatening disease in this country; A disease that essentially every citizen will have to deal with, or suffer from, at some point in their lives. We don't have trouble coming up with gobs of money for other things. Each year in the U.S. we spend $11.8 billion purchasing bottled water, $15.4 billion on video games and $21.5 billion on pet food.

Yet we let our political system nickel and dime cancer research into a $5 billion fiscal triviality that hasn't even kept up with inflation for the last six years!

Perhaps in our collective ignorance we really don't know there is a problem?

The 2012 Patient Access to Cancer care Excellence (PACE) survey was a public opinion survey of cancer knowledge and attitudes, which polled 4,341 individuals from six countries: the United States, France, Germany, Italy, Japan, and the United Kingdom. Nearly 60 percent surveyed said that they were satisfied with the progress made in the fight against cancer over the past 20 years. In the U.S., 74 percent of the respondents estimated that it cost $100 million or less to bring a cancer drug to market when the actual amount is about $1.2 billion. Also among the U.S. respondents, 55 percent indicated that the investment in cancer research (e.g. $5 billion annually) was adequate.

So there it is. As we let cancer roll through our lives and society, we feel that $5 billion for cancer research is an adequate amount. Yet to feel good about this paltry number, we grossly underestimate just how much it costs to do the research, development and trials to bring a new drug or protocol to market. If someone proposes to double or triple this investment, they would be asked to first find it by pulling it out of some other socially important program in the inevitable zero-sum budget assumption.

Senator Rand Paul, instead of giving the DoD a $12.6 billion increase each year, might you consider making the political argument to give them $7 billion, and the balance to cancer research?

President Obama, instead of giving the oil and gas industries $38.5 billion in subsidies over the next 10 years, how about letting them have $11 billion instead and give the rest to cancer research?

Senator Debbie Stabenow (chair, Senate Agriculture Committee), of the $277 billion spent on farm subsidy programs since 1995, about $82 billion went to subsidize corn. As a recognized champion for cancer research, can you pull $5 billion out of the agricultural subsidy programs and use it to double our national effort to fight cancer?

Given that everyone lives with the fear of contracting cancer, we can easily find $5 billion in the federal budget to double our research to at least $10 billion annually.

All we have to do is try!