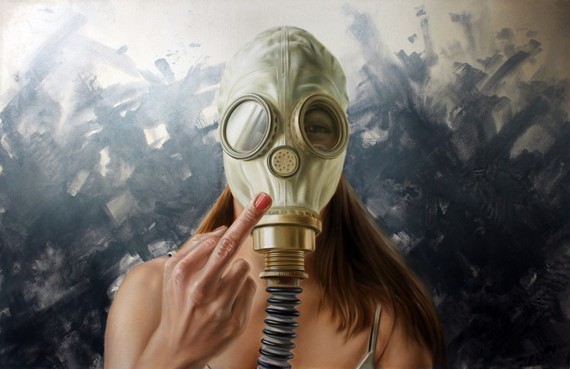 Tradition meets revolution in this fascinating and captivating group exhibition featuring new contemporary art from the Czech Republic. Far from monolithic in mediums or styles, these artists are shown to speak diverse languages of sculpture and painting ranging from the lyrical and abstract, to the tumultuous and gestural, to the overtly, boldly political.

Although it's undeniable that the current generation of emerging artists, coming of age after the political upheaval of the 1990s, will have been finding their voices in response to those new political and social realities, nevertheless, theirs is not an art that breaks with history, but rather, seeks to reconcile the Old Europe culture of magic and beauty with the violent reality that birthed modern Europe's zeitgeist of global modernity. 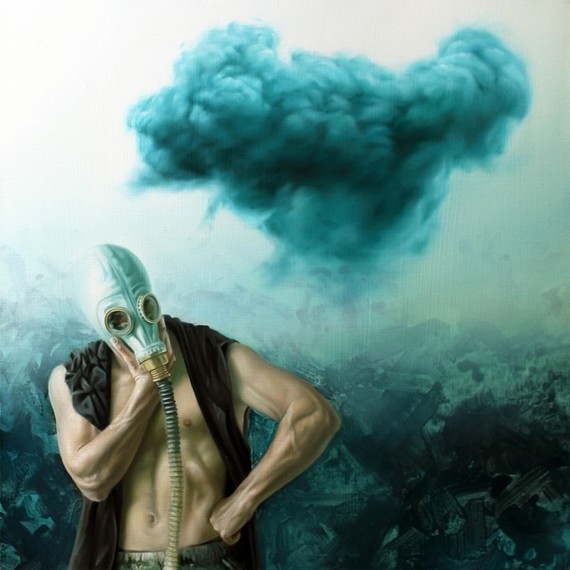 Marek Slavik: What Could Destroy the World?

Four of the artists in particular bear special scrutiny as harbingers of modernity, profoundly resonant to new generations of war-weary American eyes and informed by literary ideas about late 20th-century (a.k.a. post-Soviet) Eastern Europe. Painters Marek Slavik, Jan Uldrych, Martin Sarovec and Tomas Spevak have each developed singular mergers of abstract and figurative modalities, creating surreal narrative symbolism with the urgency of storytelling and the ambiguity of the fog of war. 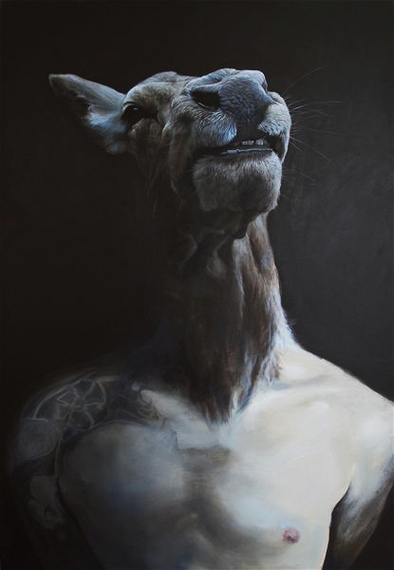 Slavik and Spevak each employ specific imagery of military, medical, or relief efforts, with a backdrop of omens, disasters and hazards. Gas masks, surgical gowns, respirators, armored vehicles, burned and toppled buildings, toxic and entropic landscapes, disrupted public and private settings. Sarovec's paintings combine the figures and the expressionistic melees they inhabit into nearly unboundaried single images. Their diffuse, unsettling surrealism is self-contained as if my internal dream logic; the images seem both unknowably private and archetypally universal. Uldrych's dualistic manner of wedding object with pattern produces works that depict reality as though perceiving its energy fields directly, with a correlating thread imagine intelligent human/animal hybrid creatures in the pristine landscape.

This ambidextrous stylistic legacy presents the ideal sensibility in which to witness the emergence of a new Europe from the violently deconstructed elements of the old; the rediscovery of a more ancient history by a generation reaching into the future. Their legacy is a radically hybrid vision engaged in refashioning and reevaluating the past, and reimagining art history as a dynamic look toward the edge of tomorrow. 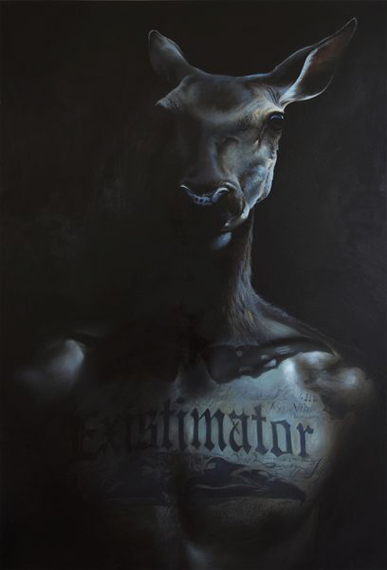