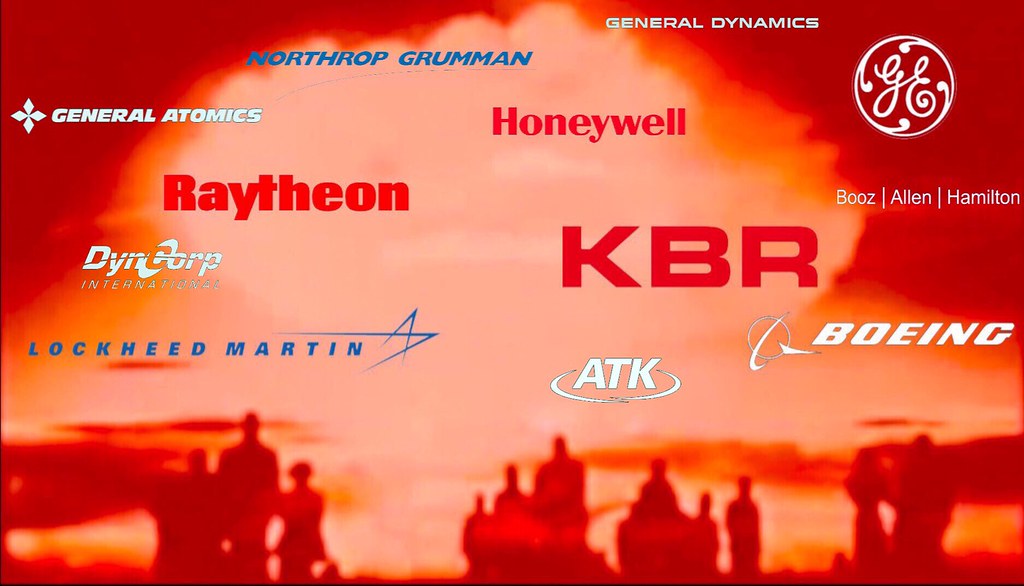 Major General Smedley Butler will have been dead for 75 years this coming June, and was this country's most decorated soldier ever when he passed. I'm going to go out on a very sturdy limb and say that if he could see his country now, the country that awarded him two medals of honor, he would be amazed and appalled. Butler, as some of you are no doubt aware, was the author of an incisive indictment of everything to do with war and the American approach to it, War Is A Racket.

Over the course of his military career, Butler participated in American interventions from Cuba to the Philippines, from China to Mexico, and by the end of his service was stridently disillusioned with virtually all forms of military action. Amongst other proposals presented in War Is A Racket, Butler suggests that the U.S. Navy keep to within 200 miles of the United States coast line, a proposal that, were we not living in a country steeped in Orwellian doublespeak, would be consistent with the mission of something called a department of defense. If voiced today, however, this sort of talk would get you laughed out of Washington almost as quickly as if you were to suggest limits on CEO compensation. Or to simply mention "peace."

What Butler called war profiteering in 1935, not a new phenomenon in human history at that time, within thirty years had blossomed into something Eisenhower christened the Military-Industrial Complex, itself now such an intrinsic feature of our economy and culture that to notice it all, let alone question it's righteous purpose, is to invite criticism of being un-American and, of course, the moldy accusation -- supporting terrorism.

Enough violence-glorifying parts per billion now fill the cultural air that Americans did not notice that, during the extreme controversy and apparent debate regarding the $700 billion to bailout the banks in September 2008, at least $700 billion was uncontroversially being shoveled into the military (nothing to see here, friends, business as usual!) -- despite its ongoing, well-documented actions that could generously be described as disasters.

Today, somewhere between $495.6 billion and $1 trillion (depending, of course, on which aspects of the Pentagon system and National Security State you care to aggregate) is allocated to what is far and away history's most well-funded military. American taxpayer money spent largely on the presumption that there is an abundance of perilous violence in other parts of the world that Americans and "American Interests" need to be kept safe from -- at least that's the government and corporate sponsored version of reality. Yet, when we talk about violence and savagery in other parts of the world, conveniently excised from these discussions is the extent to which American made weaponry enables said savagery. According to the New York Times, as recently as 2011 overseas weapons sales by the United States accounted for approximately 78 percent of the global arms market. As of 2014 that number has fallen to 68.4 percent of all global arms sales, but remains at 78 percent of all sales to developing countries.

Now, if you happen to be a CEO in the defense industry (damn that crank Orwell), 78 percent of the global arms market is great news. Those are American jobs, producing -- fortunately or unfortunately, depending on whether you're holding the gun or looking down its barrel -- security via fear, mayhem, destruction and death. These are jobs that have remained secure during the worst of the Great Recession, and therefore are regarded as vital to the struggling economy. Indeed, the Military-Industrial Complex is a virtually recession-proof economic sector, and this owes much to the darkly brilliant mechanisms and processes that have jammed the money spigot open. A couple of these mechanisms have been identified and detailed by former military analyst, Chuck Spinney in his 1990 article, Defense Power Games -- front loading and political engineering.

Front loading refers to the practice of securing taxpayer funding for a particular piece of weaponry, typically prior to a prototype having been built, based solely upon what it's manufacturer says it will be able to do. Sort of like hiring a contractor to build you a home he claims to be able to build with all the amenities imaginable -- a toilet you can cook from, a virtual fireplace that appears anywhere in the house, a moveable front door, a jacuzzi that backs-up your iPhone, and of course the orgasm room (just touch the door knob, and the magic begins!) -- and giving him a blank check.

Political engineering complements front loading; it's a process by which weapons contracts are strategically awarded to defense contractors in as many different Congressional districts as possible. Thus, voters and their representatives in Congress are dependent on Military-Industrial Complex monies, and political engineers in the Pentagon system exert pressure on them to continue supporting front-loaded programs, even after the actual costs come to light. See, for instance, the F-35 and Littoral Combat Ships, as but a couple of the most egregious examples of front-loaded programs kept alive via political engineering of the finest kind.

Voila! You, citizens, are now the shepherds and fiscal beneficiaries of what seems to be an economic perpetual motion war machine, much to the posthumous dismay of Smedley Butler, and the vast majority of other nations on this planet.

So whether you voted for the War Party or the War Party (thank you, Tom Englehardt), don't bother wondering why after 13 years of a global war on the noun "terror" that has netted few of its publicly stated objectives, the U.S. military-corporatocracy just can't seem to find a way of contemplating either Afghanistan or Iraq (not to mention the rest of the world) through any lens other than those in its night vision combat goggles, just remember -- it's not whether you win or lose, it's how you make money.

Khalid Hanifi's latest single, Not So Secret, was released on January 1, 2015, and is available wherever music is sold or streamed.