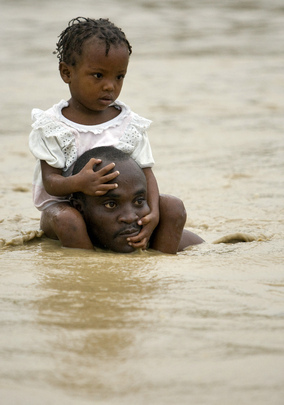 This week's UN Paris Conference is focused on climate change, but the implications of success or failure reach beyond the environment -- the consequences may be more war, hunger, genocide, or terror. "Threat to international peace and security" are by Charter the UN's most significant challenge. The UN Security Council, and particularly its veto-wielding big powers, have the responsibility, but they have also been the greatest contributors to the problem. If not the UN, then who?

This is not a bilateral problem to be addressed behind closed doors or even regional. The consequences are global and no castle wall or missile shield can deflect the onslaught. And, if ethics and accountability mean anything, who is responsible for those most vulnerable among the global citizens? Who speaks for earth and nature? Who speaks for the animals whose very existence is in the balance, but cannot comprehend the darkness that awaits to engulf their species?

Aggressor and Instigator of Conflict? 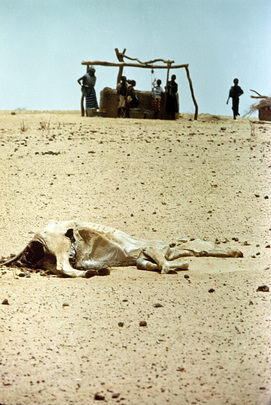 We attribute ancient hatreds, religious intolerance or simply greed to many of the current conflicts. However, from desertification to eroding shores, climate change has intensified resource scarcity, poverty and hunger. Vast new waves of migration may have a political ignition, but the fuel is climate change, from Africa to Asia. Somehow, even Syria's conflict can be attributed to the spark of longer-term drought. No continent has been secure, including the more developed ones.

As global leaders are already gathering in Paris, most have promised to curb carbon-based emissions. A deeper scan, though, reveals contradiction as some in the developing countries are also increasing the construction of coal-fueled electric generation. The Philippines archipelago faces some of the greatest risks from both extreme weather and rising seas. However, it has also expanded plans to increase electricity and industrialization via newly planned coal generators.

Similarly, many developing countries are not abating their hunger for energy while demanding that the more established industrial states make up for past abuses and the current state of advanced environmental degradation by deeper cuts. China and India have established a precedent of demanding greater leeway and extended timelines for compliance as compared to the already industrialized.

This type of mathematics does not add up to reduced carbon based emissions, but does portend to acrimony, and perhaps even conflict over who is culpable for ever more extreme weather or rising seas. Even as China makes territorial claims to waters in the South China Seas and beyond, and builds artificial islands to bolster its expansion, islands and shores of nearby states slip under the waters with each tide just a bit more permanently. Ironically, much of the territorial water grab may be for the oil and gas reserves below the waters, and the ultimate exploitation of such. One island, Kiribati, has bought land in a neighboring country to resettle its citizens, perhaps voting with its national wealth in how little confidence it has in efforts to counter or reverse climate change. Of course, the denial extends to the most developed world, from quiet abuse to many of the Republican presidential candidates who mock those that speak of climate change as a threat.

The UN's framework is needed to bring all the globe's political leaders to a comprehensive agreement beyond mere rhetoric. Empty promises are also a potential diversion. Concrete commitments need to be evaluated, measured and enforced. Keeping in mind that climate change deniers prosper on rhetoric that the "others" are not doing enough or cheating as excuse to continue their own abuse. Jobs and economic prosperity are the counter-argument. If a state abuses or cheats, will this be eventually translated to UN Security Council sanctions, Chapter 7 enforcement or even potential criminal liability for the culpable? (See: "Should Crimes Against the Environment & Animals Deserve International Prosecution?")

With the stick there needs to be the carrot to do right by the environment. The potential for-profits must be envisioned and even enhanced to spur the type of innovation that has moved Facebook and Apple from the dorm rooms and garages to make Silicon Valley the economic, innovation and social envy.

However, multilateral institutions and governments may need to play a greater role to spur the change and ultimately desirable transition to being clean and sustainable. The threat of climate change is a silent killer comparable to an epidemic, but its consequences cannot be quarantined. The innovation of biotechnology firms has gradually spread the remedial benefits to disease-susceptible infants, the HIV-AIDS infected and aging seniors.

The benefits of new technology must be even more accelerated in the creation and distribution and insuring that the profit motive as well as good global citizenship and common interests facilitate the change as quickly and thoroughly and engaging the globe's greatest minds and enterprises to counter the interests of inertia and the currently entrenched. As the developing world has in some instances "leapfrogged" the developed in areas of technology as mobile payment systems, similarly such should be encouraged in the areas of clean energy and protecting the environment as all global citizens, from Bangladesh to the U.S. benefit from the borderless war against climate change that engulfs the next generations. (Read more on "Social Responsibility Entrepreneurship")

Will Animals have Place at Climate Conference? 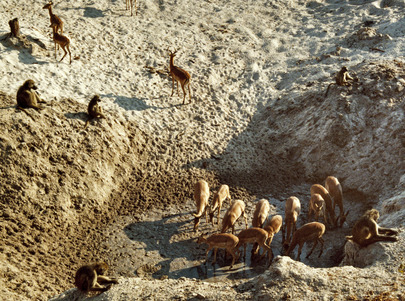 Animals may not be in position to wage war, but the consequence of our onslaught upon them may be no less than a global cataclysm for mankind as well as them. The consequence for animal and plant life are no less than even if perhaps less subject to precise measurement as rising temperatures and seas. News of species going extinct has become almost lost in the noise of environmental degradation engulfing us. However, the ethical implications may be no less than genocide and the debt burden is a future and wealth of opportunity lost to the next generations that perhaps we cannot even calculate today. If "Believers" see the earth entrusted to them by the Supreme, than the exhaustive exploitation of our animal life is no lesser sin than selling your children into prostitution. The ethical and economic considerations can no longer be allowed to be hidden in ambiguity or ambivalence. (Read: "Are Animals Global Citizens?")

Global leaders have been preoccupied with everything from "threats via the internet" to the "war on terror." Much of the attention on such threats is justified. However, the threat of climate change is perhaps the most damning and permanent. The onslaught has started before we were born. It does not have the edge of ancient hatreds. It is not a clash of civilizations but could end civilization as we know it. So why have we ignored it? We cannot build a wall along the border to keep climate change out or require someone to carry a special "identity card." The enemy does not hide among the refugee nor can they be confronted with a more sophisticated weapon arsenal. The enemy is at our gates, a storm we have created and we can fend off, if humanity unites! (Read more at "Environment Ambassadors.")

Perhaps a premonition? " Watch/Listen -- Riders on the Storm" by The Doors

UN Photo/E. Darroch: Antelope near border with Zambia during drought