Earlier this week I released the first part of saving the wild' quotes of 2014, comparing Africa's poaching crisis to a thriller novel filled with terrorism and torture, corruption and conflict. Fortunately there are a growing number of global citizens that refuse to believe in a world without elephants and rhinos, who believe that man has no right to make another species extinct, and who are acutely aware that the greatest threat to wildlife is the belief that someone else will save it.

We have to stop the blood flow. We have to be relentless in our pursuit for justice; in our pursuit for humanity. Nature is the mother of us all, and within all of us is the spirit of an eco warrior. The war on poaching is a war on greed, but what stands to be lost is priceless. 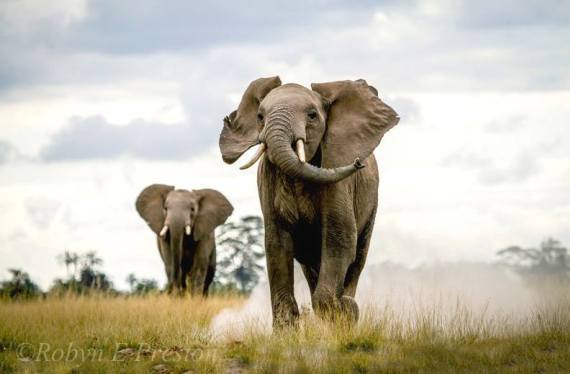 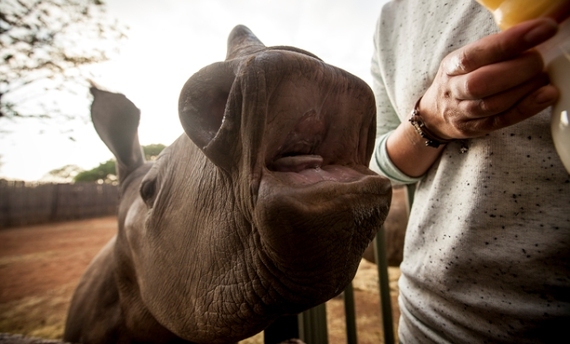 Dex Kotze, Strategist for the Global March for Elephants and Rhinos

"The unending slaughter of Africa's endangered wildlife is amputating a balancing branch of humanity. Unless the world's political elite establishes universal, thought provoking legislation and enforcement thereof, species on the brink of extinction will be lost for future generations. In particular, China and Africa stand at the cusp of the most historic leadership embarrassment of civilization."

"We must join forces everywhere to stop the slaughter of elephants and rhinos. They feel pain, they know suffering. We must stop people from buying ivory."

"We have lost the ancient wisdom that considers each decision on how it will affect future generations. We have to get back to thinking in a different way, beyond the easy political wins."

"If you look at the plummeting populations of elephants and rhinos. The huge decrease in their populations is a result of human induced mortality. So let's look at all human induced mortality; poaching, sport hunting, and human-wildlife conflict. It is not justified, on the one hand, to say to a struggling African farmer, This elephant just destroyed your crops, but suck it up, because elephants are good for tourism. And then, on the other hand, allow trophy hunting to continue."

"I think the message we need to send during this time of crisis is that we have to completely stop all human induced mortality on endangered species. And you can't send a mixed message about that. This needs to be a universal message."

"The CITES process is one country-one vote, and so when the South African Government's proposal to legalise the rhino horn trade goes to a vote in 2016, South Africa will have exactly one vote. It doesn't have a chance of a snowflake in hell of passing."

But with so many people living in poverty, Helen Clark explains that meeting the balance between conservation and development is perhaps the most complex in the array of responses to the illegal wildlife trade.

"It requires a long term approach and determination amongst communities, park managers, the private sector, governments, and donors alike. In UNDP's 2012 Biodiversity Strategy, we recognize the real value of biodiversity and ecosystems to society - in relation to secure livelihoods, food, water, and health; enhanced resilience; conservation of threatened species and their habitats; and increased carbon storage and sequestration - and we call for innovation, drawing on the potential of nature, to achieve multiple development dividends." 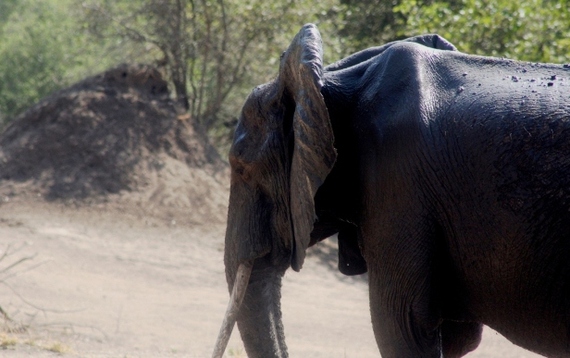 Jamie Joseph, Founder of savingthewild.com / On assignment in Kariba

"My weapon is the written word, and my battlefield is the page, and every time I connect with one of my readers the call of the wild travels just a little bit further. And I would walk a hundred miles and write ten thousand words if I could just bring back that one dead elephant bull that now haunts me. He haunts me, and yet at the same time he compels me to push on through the darkness, wherever it may take me. Anyone that has spent time amongst Africa's wild things will understand; the pure poetry of nature, the awe and the longing to be close to something so much greater than what we are."

Jamie Joseph is a writer and environmental activist. She is currently based in various parts of Africa, reporting from the frontline of the poaching crisis. Connect with the world's thought leaders through savingthewild.com on Facebook and Twitter.