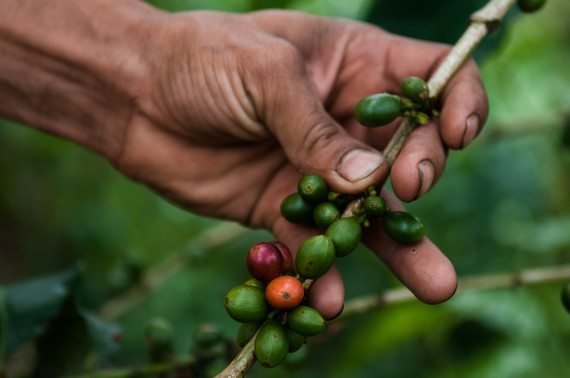 By Rick Peyser
There is no doubt that coffee has had a very positive impact on economic and social development in parts of the world, perhaps most recently and notably in Rwanda and Colombia. Coffee is also beginning to provide Myanmar, a country that for many years was politically, economically, and socially isolated from much of the world, with a positive pathway for increased international trade and rural development. Improved coffee quality, access to markets, and increasing demand have benefited millions of coffee farming families around the world and have lifted many out of poverty.

Unfortunately, coffee is not a panacea. Historically, the profit from coffee also contributed to the tremendous concentration and disparity of wealth in some Central American countries that led to wars that tragically claimed many thousands of lives before they ended. Coffee is no saint, nor is it a sinner - it is a product that requires a tremendous amount of care to reach its potential in quality and in price. How coffee's productive activities are organized, and how its benefits are shared have largely determined the breadth and depth of its economic and social impacts.

Looking ahead, as coffee provides a potential pathway to move beyond war and extreme poverty in some locations, it will do so while it is under attack by changes in climate that in recent years have delivered devastating effects that we have witnessed in the form of la roya, drought, and powerful hurricanes. In light of the rapid pace of climate change and the increasingly ominous predictions for the future, a thorough and full assessment of coffee's long-term suitability as a source of improved livelihoods, post-war or other, will become increasingly important as a prerequisite for large scale supply chain investments.

A new focus on resilience in coffee communities is providing farming families with information they need to prepare for, survive, and flourish in the midst of anticipated stressors and shocks. Lutheran World Relief, USAID, Root Capital, The Sustainable Food Lab, and other organizations are providing support for these important and necessary changes. There is no doubt that coffee can be a vehicle for positive change in the world, and like those of us who depend upon it for our livelihoods, it thrives under the right conditions.

Rick Peyser is Lutheran World Relief's Senior Relationship Manager for Coffee & Cocoa. Rick has worked more than 27 years in the specialty coffee industry, and has served as President of the Specialty Coffee Association of America, and as a Board of Directors member of the Fair Trade Labeling Organizations International, Food4Farmers (co-founder), Root Capital, Pueblo a Pueblo and The Coffee Trust.

This was originally published on the AgriLinks blog of the U.S. Agency for International Development.