With the recent "government shutdown" and the many people affected by it, I was more than shocked, more than hurt, and more than betrayed, when I heard the families of those men and women who gave the ultimate sacrifice for our country -- their lives -- will not receive the benefits their fallen service member was promised when they signed up to serve their country. The United States Government cashed that check of their lives for the cost of freedom. With that price, and their sacrifice for these United States, came certain responsibilities on the part of the US Government and American people to care for the families of it's fallen.

Even though the government is shutdown -- we are still at war. 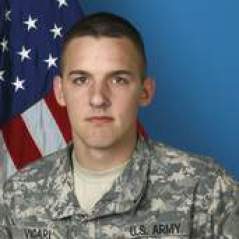 There are still men and woman fighting each and every day in Afghanistan; fighting the enemy in their land, so the fight doesn't come to ours.

Throughout my short two years as a war widow, one thing has been very clear: there is a great divide between civilians and the military. Many people fail to recognize that we are a nation at war. I found myself in a very small section of society, one of the most vulnerable, and one that our nations holds with the most pride and honor. Our nation still prides itself on producing men and women that are willing to volunteer to leave their families and defend their country and go wherever our nation sends them to uphold freedom and the American dream.

Never in a million years could I or my fellow war widows or families ever imagine that America would not protect its most vulnerable population. A group so small, that even if we were to rise up, we would barely equal 1% of the entire military. We should never have to rise up and defend ourselves. 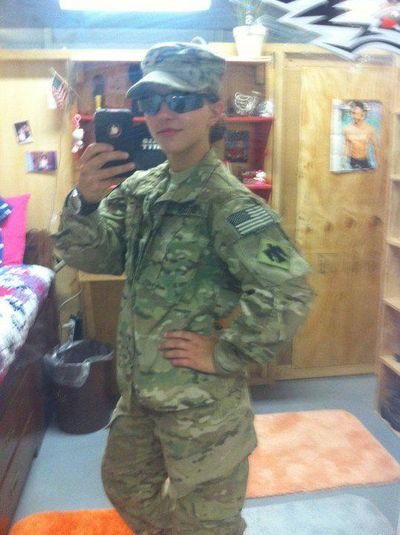 We should always be protected.

We are self-sufficient, humble, and want all honor to be placed upon our fallen service member. My husband gave his life for me, and the least I can do to is live my life for him and the country he gave everything to defend.

How can we hand the flag that was draped over a soldier's coffin to his widow or mother and say "On behalf of a grateful nation," and yet allow this to happen? 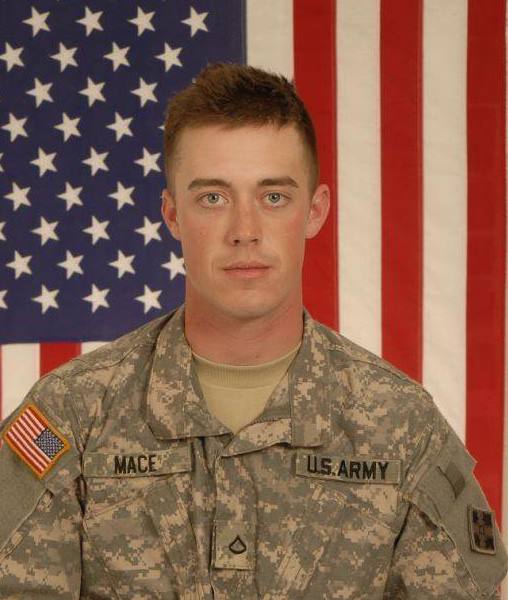 When an active duty service member dies, the family of the fallen receives an emergency fund to assist in the loss of incomes. This money is to be used to cover funeral expenses that aren't covered by the military, food, shelter, medical, and any needs of the family. Accepting this money is difficult. It is a huge punch in the gut to be told that you will be receiving $100,000 the same day you're notified of your husband's death. We don't want this money because of what it represents -- the death of our loved one -- but it is often necessary to keep us from being buried in debt as we pay for funeral expenses, bills and day-to-day living expenses. I cannot imagine a more painful slap in the face then being told, "Mrs. Horton, your husband gave us his life as an act of devotion to this nation, but we overlooked you when as we were too busy bickering and the government shutdown." 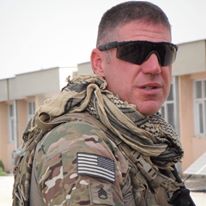 "We forgot about you and the sacrifice of your beloved husband." 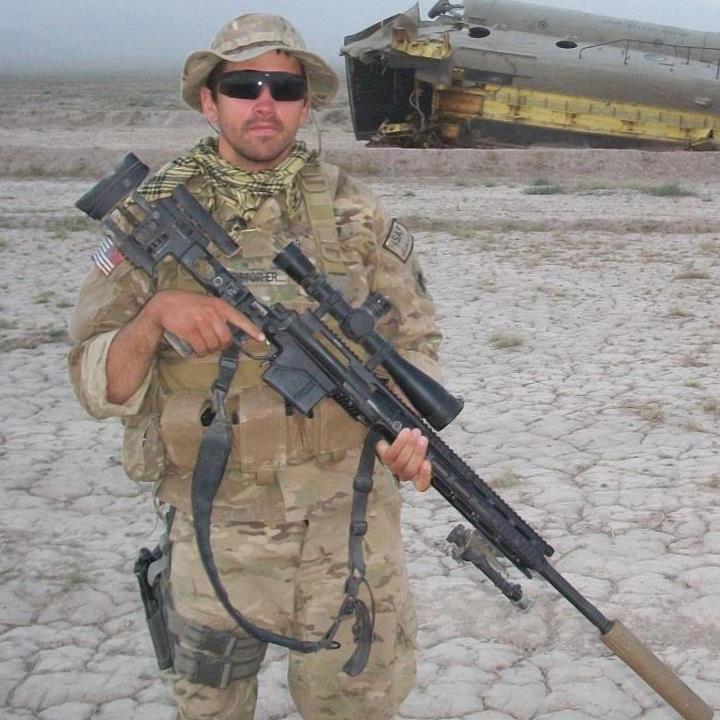 Often, we forget about our most sacred and vulnerable population -- those that have given the biggest part of them to the cause of freedom. 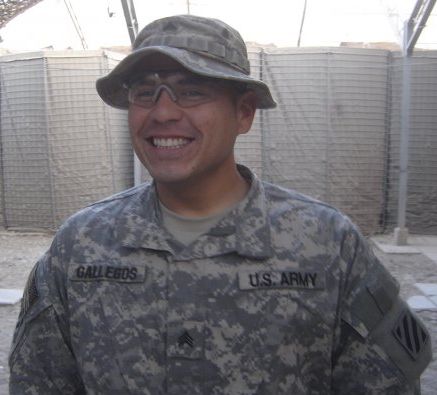 Maybe it's time that our nation takes a cold hard look itself. 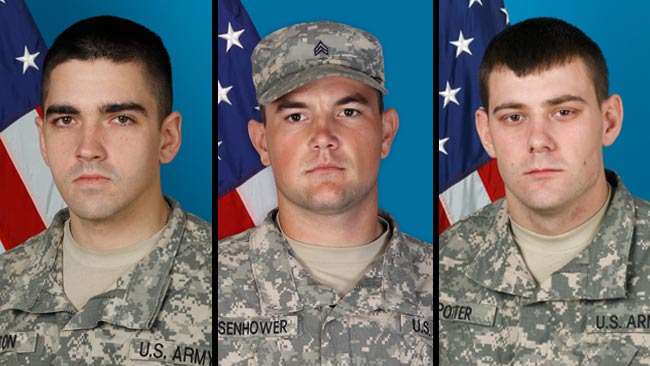 Who have we become? 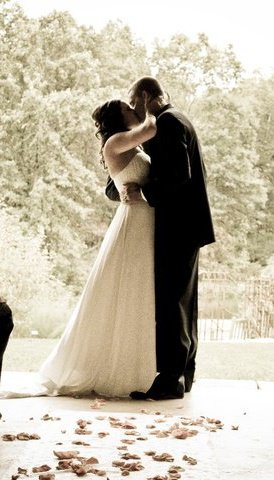 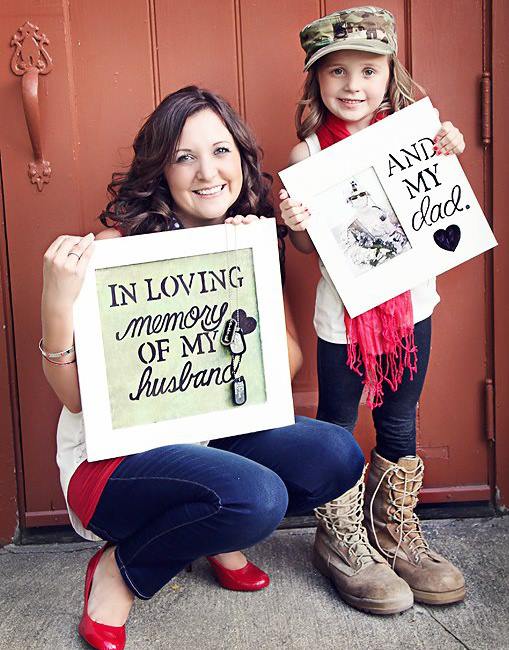 We have become a country that overlooks these brave men and women who risk their lives to protect our freedoms. We have become a country that recently deemed it unnecessary for immediate family members to travel to Germany to see their critically wounded service member. Now, as these men and women are holding on for dear life- they are being denied access to those who may just encourage them to hold on and fight for their life. And sadly, in many cases, our heroes are being denied the opportunity to say goodbye to those they love the most. 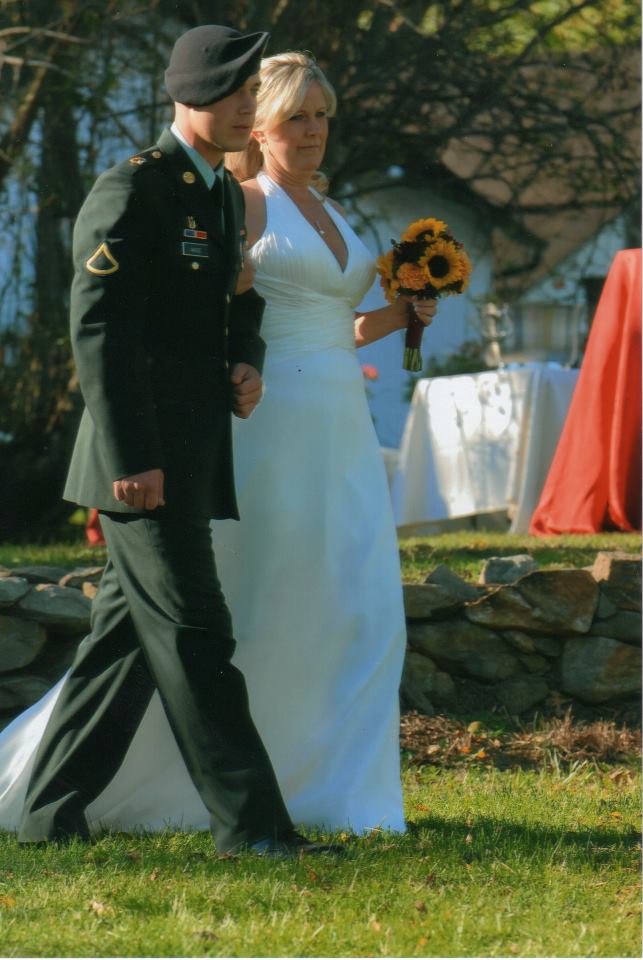 This is absolutely unacceptable. There are simply some lines you just don't cross. 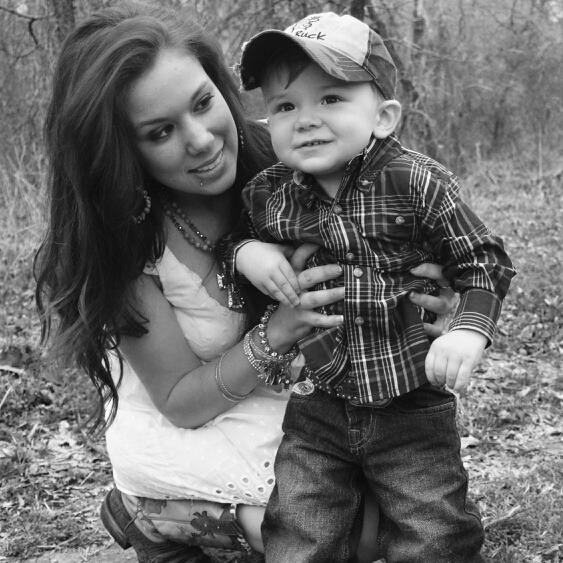 As Americans, we cannot sit idle by and watch these things happen. We cannot turn our backs on those who have fought to ensure we are free. We must take a stand. 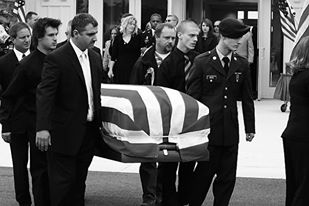 We must never forget why America is free. We must never forget that generation after generation has stood up to fight for freedom, and the tree of liberty in America has been watered with the blood of these patriots. Those patriots have families. They have families with mortgages, funeral expenses, car payments, and needs. Those that serve know that if anything happens to them, they will be a hero. They will be treated with military honors, and their family will be treated with honor dignity and respect. 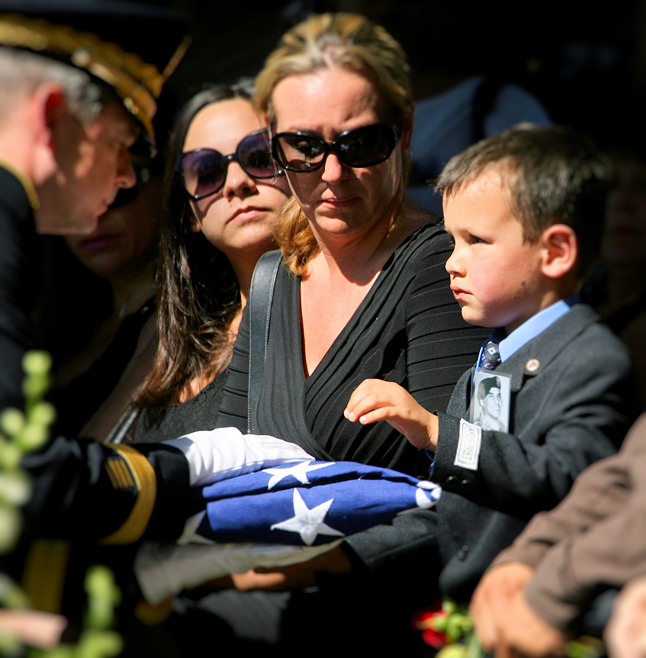 They know that their family will hurt. 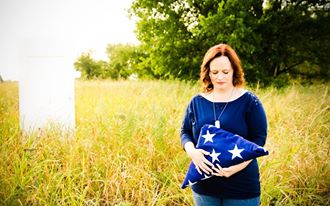 Many of us families of the fallen cannot even talk about this without tears streaming down our face. It's so painful that it is not even a place we ever want to go or imagine that our country went. If they will cross this line, what is next? Who will hold them accountable? 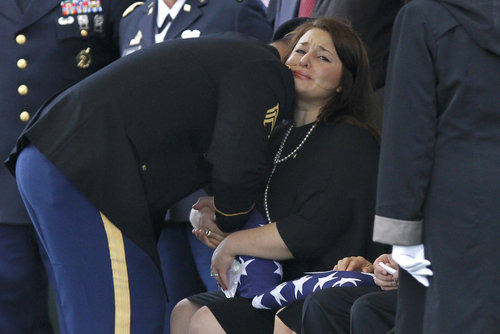 Although many are not directly affected by the war, please don't forget those that wake up every day thinking about the cost if it, and go to bed every night crying themselves to sleep because the biggest part of them is always missing. They will never be whole again. 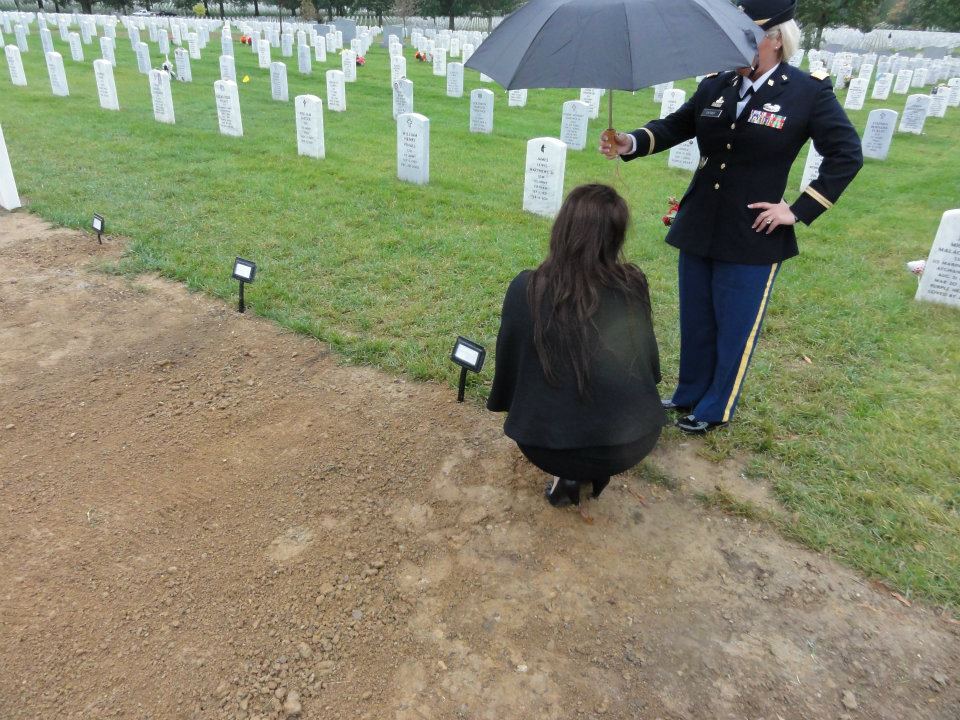 Don't forget us; our service members didn't forget you. 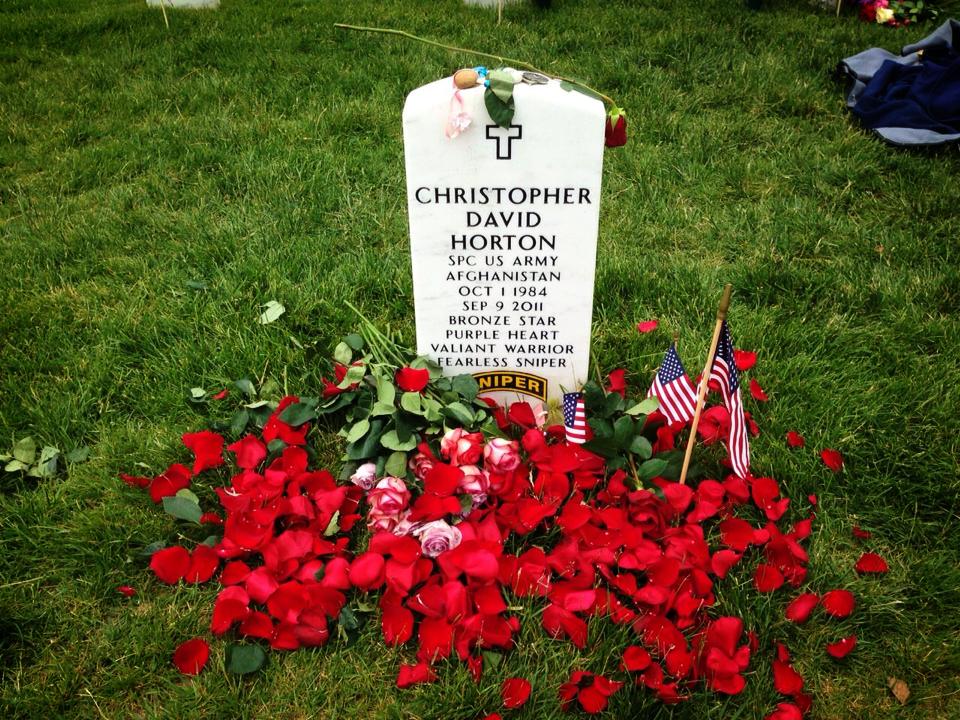