Ongoing wars require us to take a long, hard look at the language journalists use, to reassess the nouns, adjectives and verbs that are often misleading and unethical.

These unfolding conflicts demonstrate how words have become meaningless and have been taken out of context.

In the interest of precision, I thought it useful to define some words, within that very context of war. The list below is by no means comprehensive. My well-worn trusty Merriam Webster's Collegiate Dictionary is still a good reference. 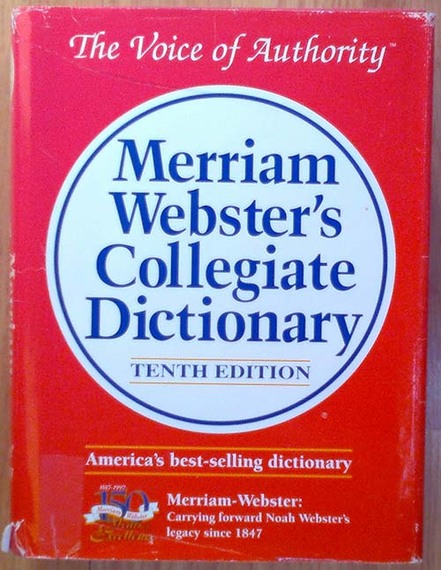 Aggression (noun) - a forceful action or procedure (as an unprovoked attack) especially when intended to dominant or master.

Animal (adjective) - of, relating to, resembling, or derived from animals.

Assassinate (verb) - to injure or destroy unexpectedly and treacherously.

Attack (noun) - the act of attacking with physical force or unfriendly words.

Balance (noun) - equality between the totals of the two sides of an account.

Collateral (noun) - property as securities pledged by a borrower to protect the interests of the lender.

Context (noun) - the parts of a discourse that surround a word or passage and can throw light on its meaning.

Defense (noun) - the act or action of defending oneself, one's team, or another.

Dehumanize (verb) - to deprive of human qualities, personality or spirit.

Dignity (noun) - the quality or state of being worthy, honored, or esteemed.

Displace (verb) - remove from the usual or proper place, to expel or force to flee from home or homeland.

Disproportionate (adjective) - being out of proportion (off-balance, asymmetrical).

Freedom (noun) - the quality or state of being free; the absence of necessity, coercion or constraint in choice or action.

Hero (noun) - an illustrious warrior; a man admired for his achievement and noble qualities; one that shows great courage.

Humane (adjective) - marked by compassion, sympathy, or consideration for humans or animals.

Justification (noun) - the act or an instance of justifying; vindication.

Martyr (noun) - a person who voluntarily suffers death as the penalty of witnessing to and refusing to renounce a religion; a person who sacrifices something of great value especially life itself for the sake of principle.

Massacre (noun) - the act or an instance of killing a number of usually helpless or unresisting human beings under circumstances of atrocity or cruelty.

Missile (noun) - an object (as a weapon) thrown or projected usually so as to strike something at a distance (stones, artillery shells, bullets and rockets).

Moral (adjective) - of or relating to principles of right and wrong in behavior; ethical

Morale (noun) - the mental and emotional condition (as of enthusiasm, confidence or loyalty) of an individual or group with regard to the function or tasks at hand.

Objective (adjective) - expressing or dealing with facts or conditions as perceived without distortion by personal feelings, prejudices or interpretations.

Occupation (noun) - the act or process of taking possession of a place or area; seizure; the holding and control of an area by foreign military power.

Propaganda (noun) - the spreading of ideas, information, or rumor for the purpose of helping or injuring an institution, a cause or a person.

Racism (noun) - a belief that race is the primary determinant of human traits and capabilities and that racial differences produce an inherent superiority of a particular race.

Radical (adjective) - marked by a considerable departure from the usual or traditional; extreme.

Rational (adjective) - having reason or understanding.

Rationale (noun) - an explanation of controlling principles of opinion, belief, practice or phenomena.

Refugee (noun) - one that flees; especially a person who flees to a foreign country or power to escape danger or persecution.

Retaliate (verb) - to repay (as an injury) in kind; to get revenge.

Scum (noun) - a low, vile or worthless person or group of people.

Slaughter (noun) - killing of great numbers of human beings (as in battle or a massacre).

Stereotype (noun) - something conforming to a fixed or general pattern; especially a standardized mental picture that is held in common by members of a group and that represents an oversimplified opinion, prejudiced attitude, or uncritical judgment.

Terrorism (noun) - the systematic use of terror especially as a means of coercion.

Triumphalism (noun) - the doctrine, attitude, or belief that one religious creed is superior to all others.

War (noun) - a state of usually open and declared armed hostile conflict between states or nations.