Former University of Colorado professor Ward Churchill will not be teaching again at CU-Boulder anytime soon.

The Associated Press reports that the Supreme Court has rejected Churchill's appeal to reclaim his job at CU. The justices refused to review a Colorado Supreme Court ruling from 2012 in favor of the university regarding the 2007 termination of Churchill.

The decision from the Supreme Court led CU officials to declare in a statement on Facebook that "the matter is now over:"

Statement on today's U.S. Supreme Court denial of a Ward Churchill appeal from President Bruce Benson and CU-Boulder Chancellor Phil DiStefano: “The University of Colorado is pleased that the U.S. Supreme Court has declined to hear Mr. Churchill's appeal and that the matter is now over. The Supreme Court’s decision upholds a unanimous line of rulings from the Colorado courts determining that the university has the right and obligation to ensure high professional standards from its faculty. This decision is a victory for the thousands of men and women on our faculty who live up to that obligation and for the students who benefit from their professionalism."

CU-Boulder investigated Churchill's academic work after public outcry over his 2001 essay "Some People Push Back: On the Justice of Roosting Chickens" provoked national outrage and led to an investigation of research misconduct, MSNBC reported.

In the essay, which was originally written shortly after the 9/11 attacks, Churchill argued that American foreign policies provoked the attacks and called workers in the World Trade Center "little Eichmanns," a comparison to Nazi bureaucrat, Adolf Eichmann.

In 2005, the controversy of his 2001 essay began to grow. Churchill, who was still employed by the university at the time, released a statement that was posted on the University of Colorado Boulder’s website under the Department of Ethnic Studies where he once served as Chair, stating that his remarks had been grossly misunderstood. Churchill sums up the point of the essay, saying:

I am not a "defender" of the September 11 attacks, but simply pointing out that if U.S. foreign policy results in massive death and destruction abroad, we cannot feign innocence when some of that destruction is returned. I have never said that people "should" engage in armed attacks on the United States, but that such attacks are a natural and unavoidable consequence of unlawful U.S. policy. As Martin Luther King, quoting Robert F. Kennedy, said, "Those who make peaceful change impossible make violent change inevitable."

CU-Boulder launched an investigation regarding Churchill’s background and academic work. Several academics came forward to state that Churchill had plagiarized some of his published work and CU-Boulder ultimately fired him for what they called academic misconduct, due to the plagiarism claims from other academics.

Churchill then filed suit in state court, arguing that he was actually fired for his constitutionally protected expression. The jury in that suit found that the Regents would not have fired Churchill but for his controversial comments about 9/11 and awarded $1 in damages for this violation of the First Amendment, Churchill then filed a post-trial motion asking the judge to order reinstatement, according to the ACLU. The jury's verdict and Churchill's request for reinstatement were rejected by a trial court, to which Churchill appealed.

In 2012, the state Supreme Court ruled in favor of the University of Colorado saying that it was a "quasi-judicial action," meaning it was equivalent to a judicial process, a ruling that left Churchill unable to sue. David Lane, Churchill's attorney argued that the university's quasi-judicial immunity is a threat to free speech and academic tenure at all universities. "When the regents violate the Constitution, should they be on the hook for it?" Lane said to The Daily Camera in 2012. Ultimately the state Supreme Court ruled in favor of CU and now the U.S. Supreme Court will not be challenging that ruling.

When asked by The Huffington Post about the "little Eichmanns" remark, now more than ten years later, Churchill said this:

I retract nothing. What I said has been validated beyond my wildest expectations, to tell you the truth, so let's just say that I rest my case. A lot of people were outraged by my remark, of course, but, to cop a quote from Rick Perry, 'You throw a rock into a pack of dogs, the one who yaps is the one who got hit.' In other words, the people upset were the f***ing Eichmanns. Look in the mirror and own it, guys. You identified yourselves by frothing at the mouth for being called by your right name. See? Perry's good for something, after all. 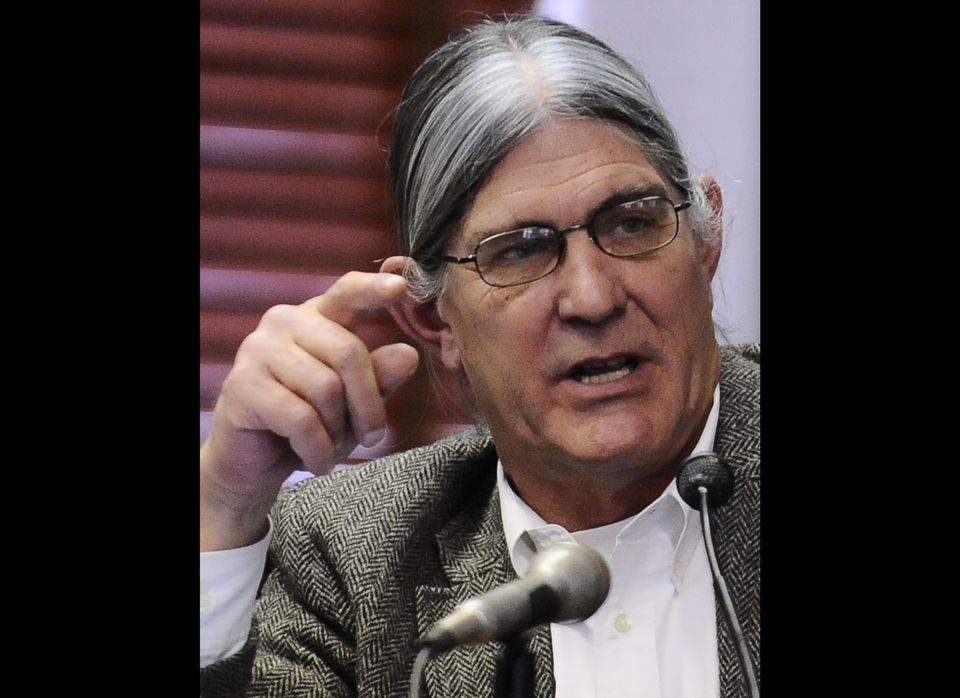