What if we thought about capitalism like Andy Warhol thought about Coke? As a cultural brand that everyone -- from the richest to the poorest -- can consume because of its ability to resolve tensions experienced within different social worlds. 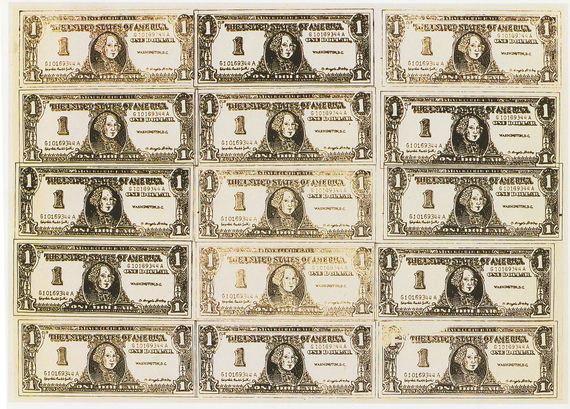 The morality-protection divide has persisted over time. It describes our tendency to reduce shaded economic reality to black-and-white categories such as consumer and producer, market and society or rich and poor.

But what if we thought about capitalism like Andy Warhol thought about Coke? As a cultural brand that everyone -- from the richest to the poorest -- can consume because of its ability to resolve tensions experienced within different social worlds.

As Warhol observed, "what's great about this country is America started the tradition where the richest consumers buy essentially the same things as the poorest. You can be watching TV and see Coca-Cola, and you can know that the President drinks Coke, Liz Taylor drinks Coke, and just think, you can drink Coke, too. A Coke is a Coke and no amount of money can get you a better Coke than the one the bum on the corner is drinking. All the Cokes are the same and all the Cokes are good. Liz Taylor knows it, the President knows it, the bum knows it, and you know it."

In cultural branding, the logic Warhol raises, brands don't attain iconic status by delivering use value (washes whiter, cleans better, drives faster). Rather, they invest us in powerful stories that assuage threats to our identities and enable us to overcome social divides.

To inspire us in the same way Coke, Disney, Harley Davidson or Starbucks have inspired Americans over time, capitalism needs to tell a story about transcending the morality-protection divide rather than perpetuate it. Similar to how Harley has helped resolve the dilemma between breadwinner and rebel masculinity or how Starbucks has melded bohemian and bourgeois value systems. Turns out that history's most iconic capitalisms did exactly that.

Consider Adam Smith's classic-liberal synthesis of morality and protection that turned out to be one of the most captivating market stories ever told. Or the New Deal, an epic morality play about how rich and poor join forces to fight the sins of greed and carelessness that, according to many, had caused the Great Depression.

Even Reaganomics offered a somewhat resonant message about fortune as the last American frontier and the promise that the opening of new lands through business and Wall Street minorities could eventually lead to collective prosperity.

Of course, classic trickle down has long been debunked. In other words, no iconic capitalism can be perfectly invulnerable to the rebuke of events. That's why tailoring capitalism to changing historical conditions has been the name of the game.

All this has important implications for a society in which storytelling is a long tradition. Engaging with capitalism as a cultural icon might encourage elites to reconsider the old cautionary tale about how individual virtue shall forever triumph over entitlement. Equally, a cultural branding logic might also enable critics to rethink their tale about how government regulation shall forever triumph over enterprise.

We live in a world of soaring inequality. It is our choice if we want to tell the same old stories, or if we want to create a vision of economic life that truly integrates competing value systems. Understanding capitalism as a cultural brand works better for us than perpetuating the divide between morality and protection.