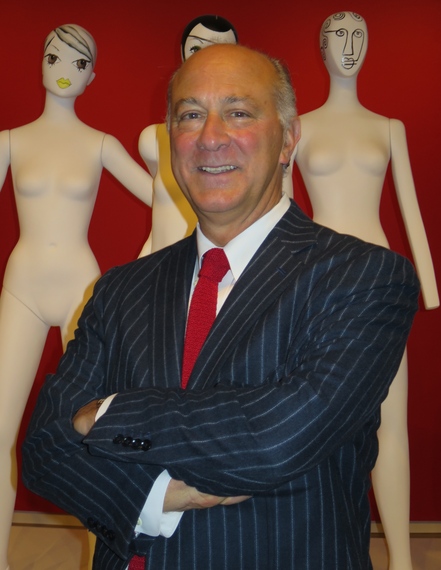 We attended the opening of "The Art of The Mannequin: Three Decades of Ralph Pucci Mannequins," at one of our favorite museums, MAD, the Museum of Art and Design.

The 1986 "Olympian Goddess" a Collaboration with Andree Putman 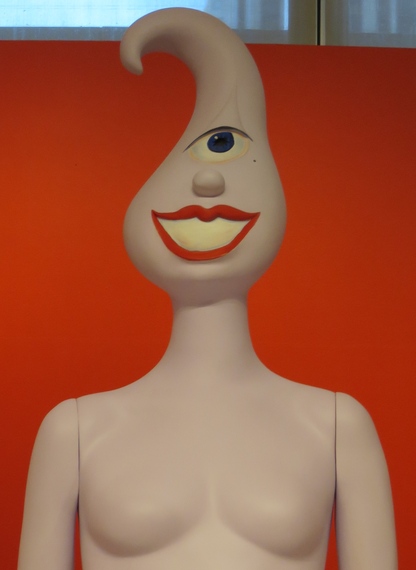 The 2000 Collaboration with Artist Kenny Scharf

Instead he transformed the mannequin into a dynamic sculptural form. With innovative stylization and whimsy, Pucci has proven himself to also be an artist-par-excellence. 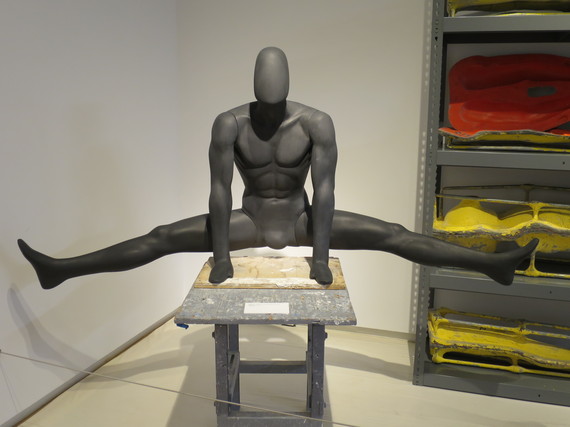 The Acrobatic Mannequin by Ralph Pucci 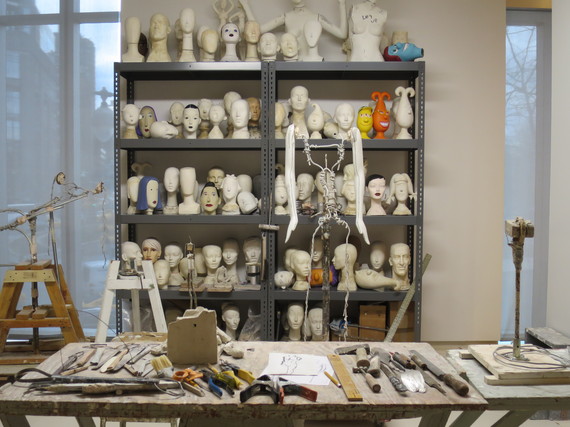 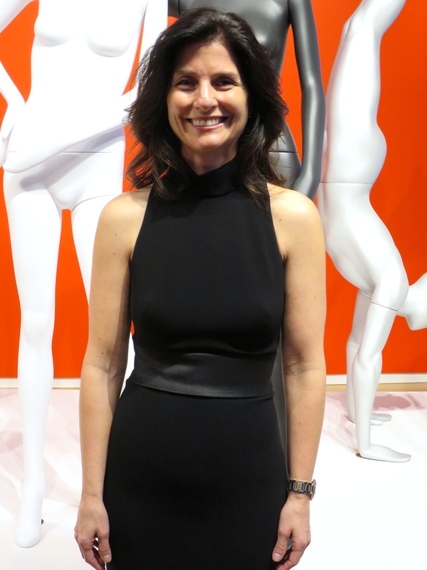 The Ralph Pucci Showroom, located at 44West 18th Street, showcases not only these memorable mannequins but also edgy collections of Designer Furniture, Home Furnishings and Art,

While on the subject of Fashion, I recommend the fascinating documentary DIOR AND I.The film takes the viewer on a journey through the creation of the Debut Collection of Raf Simons, the new Artistic Director of DIOR. 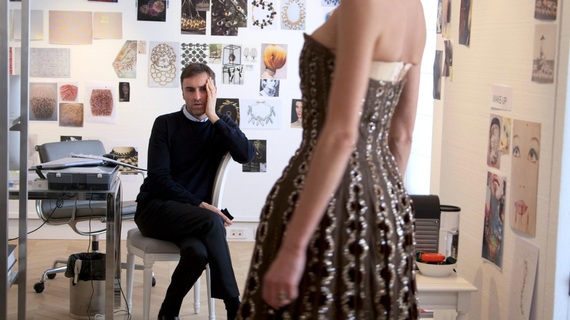 Designer Raf Simons Inspects His Designs for his Inaugural Haute Couture Collection for The House of Dior, Paris

This amazing work introduces the viewer to a behind-the-scene-look at one of the few remaining Paris-based Haute Couture Design Houses- the long-term dedicated individuals who take pride in being integral to the trials and tribulations of bringing the Collection to show, and the actual fabulousness of the over-the-top runway presentation
(An entire mansion is refurbished and decorated with walls of beautiful blooming live "fleurs")... 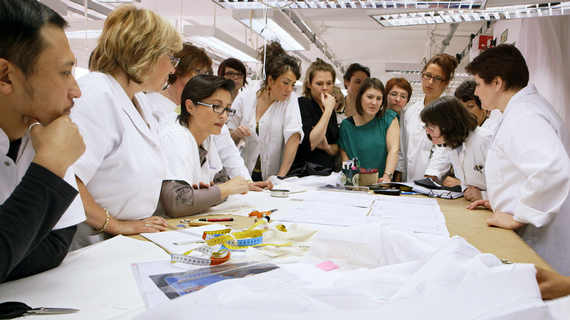 At the conclusion of the gorgeous spectacle, as the now "proven" Designer Raf Simmons walks-the-runway, we too feel a sense of tearful exhilaration and exhaustion.

Drama, Passion, Tragedy and Beauty infuse the imagined intimate life of the renowned Designer Gabrielle "Coco" Chanel -- who rose from rural poverty to becoming one of the 20th century's most influential and controversial figures -- building an empire of relentlessly "moderne" break-thru fashion. 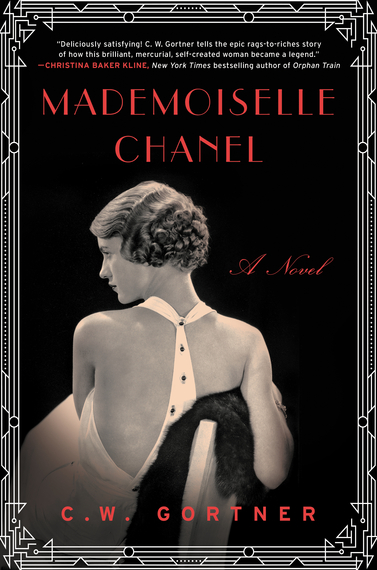 Raised in a strict convent/orphanage, a self-taught seamstress, whose torch-singing garnered her first wealthy beau and patron...Chanel became the creator of the very notion of "The Little Black Dress" as well as the global brand of Chanel No. 5.

The intricately detailed descriptions of the actual fabrication of Chanel's garments and the resulting fashions, underscore C.W. Gortner fashion background. This exceptional novel is a must-read for fashionistas and all who just luv a good-read. 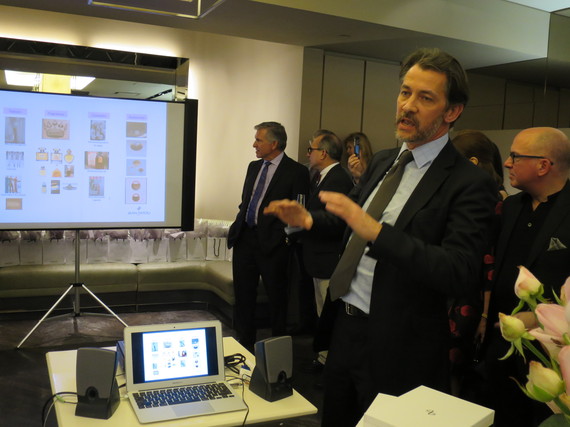 Thomas Fontaine, the In-House Perfumer at the Paris-based Jean Patou Laboratory comments on the History of the Perfume JOY.

Recently we stopped by Bergdorf Goodman (considered by Moi to be the equivalent of a Retail Museum of Living Purchasable Fashion) for the celebration of JOY by Jean Patou, benefitting The Museum of The City of New York. 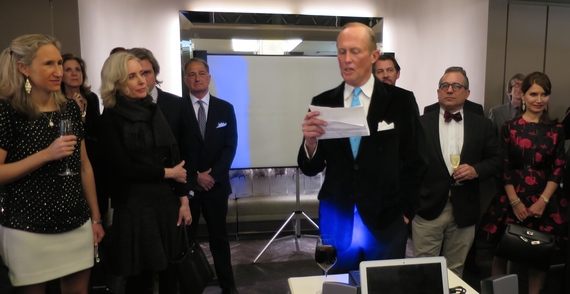 The popular Mark Gilbertson, Director of The Museum of The City of New York's Directors Council, addresses Attendees (including Philanthropist Jean Shafiroff -- on the right)

Ironically developed at the height of the Depression, the legendary JOY, created by Jean Patou in 1930. was considered the most luxurious of scents. Every ounce required 10,600 Jasmine flowers and 28 dozen Roses.

During NYC's Art Fair Week, we peeped in at the 15th Annual, edgy SCOPE Art Show.
Midst the maze of confusing exhibition corridors we did manage to find three aesthetic marvels. 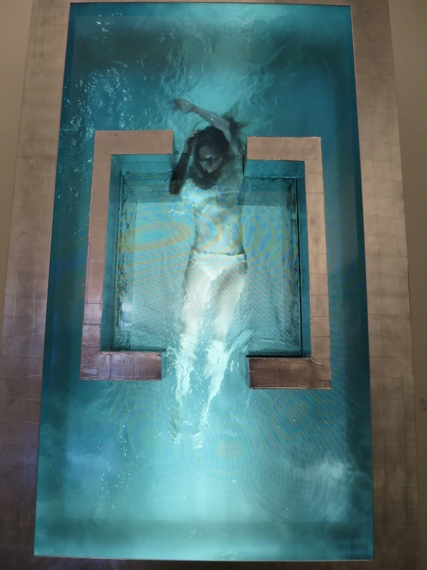 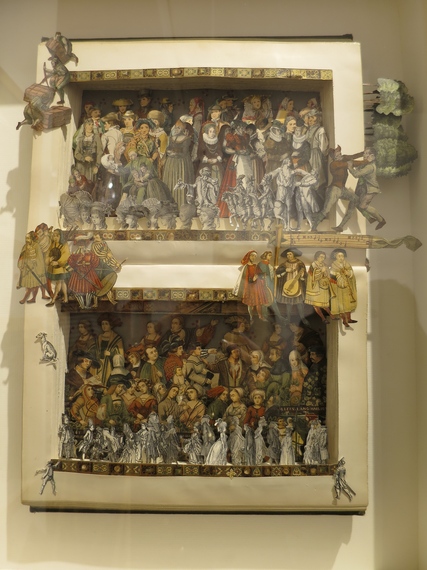 "German Culture v2 1903" by incredible Kerry Miller, 1958 is a detailed intricately cut collage in a book. 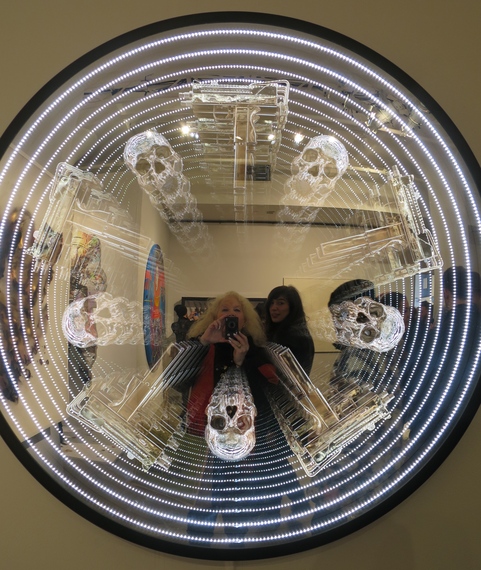 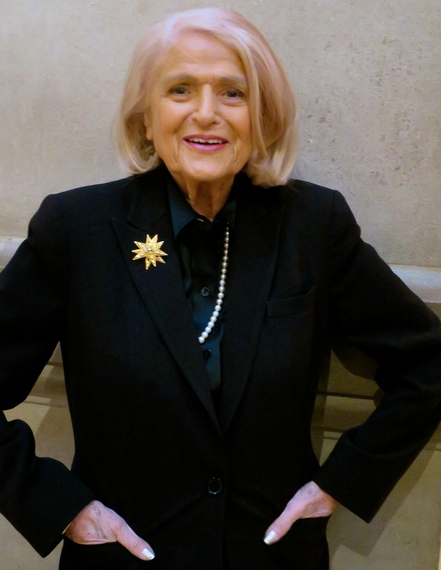 Honoree, The Remarkable Edith "Edie" Windsor, who at age 86 brought her case to the Supreme Court and defeated the anti-Gay rulings under DOMA:
On June 26, 2013, the U.S. Supreme Court issued a 5-4 decision declaring Section 3 of DOMA to be unconstitutional "as a deprivation of the liberty of the person protected by the Fifth Amendment. 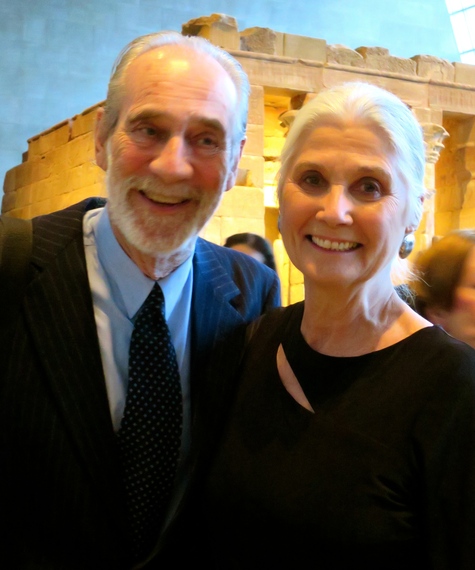 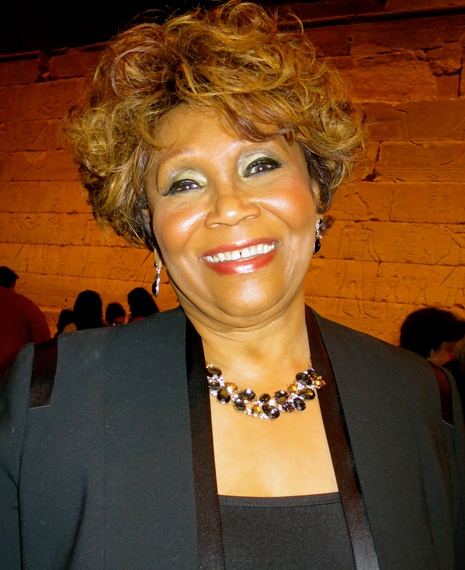 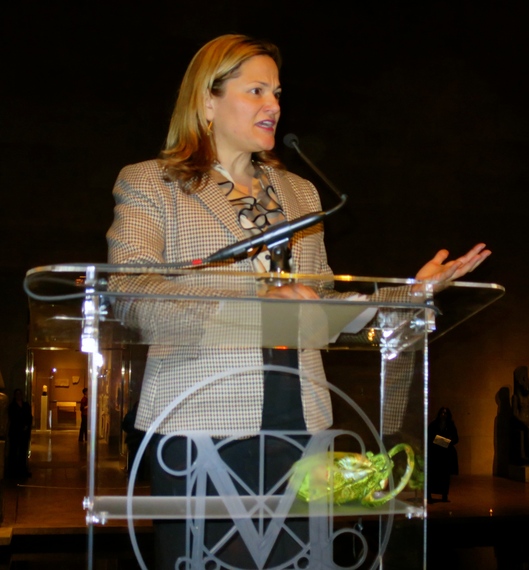 At The Podium, Honoree Melissa Mark-Viverito, Speaker of The New York City Council and an Advocate for the Latin/Spanish-speaking Community 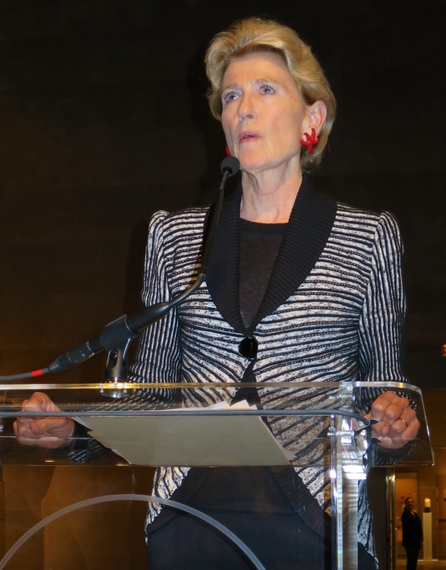 President The Metropolitan Museum of Art, Emily K. Rafferty (who is soon to retire from this position...)

This is a season of New Light -- celebrated in Easter, Passover and many spiritual traditions.
Let us all recommit to be the bearers of that light -- doing our very best to en-LIGHT-en ourselves and our world... 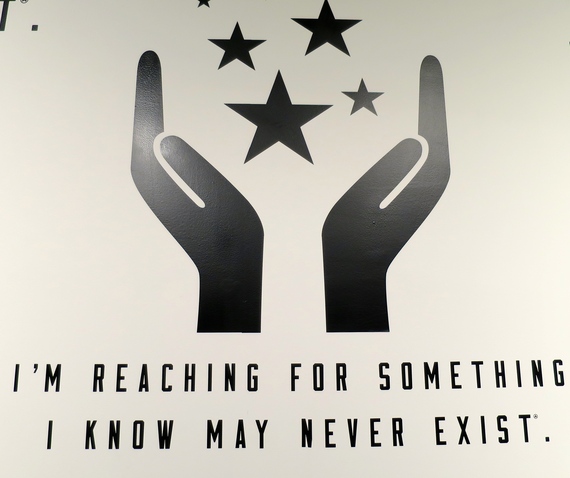 Graphic Installation from MADE at Milk Studios