If you're like most ordinary Americans, you're not thrilled that ever since George W. Bush came into office 15 years ago your income has flat lined.

It probably doesn't make much sense to you that CEO pay and Wall Street bonuses have exploded while most Americans can't keep up with the rising cost of living.

Bush came into office with a mandate from the CEO class to change the rules of the economic game, and ever since ordinary people have paid the price while Wall Street banks, big corporations, CEOs and billionaires have wallowed in their increasing wealth.

Well if you didn't like the way the CEO class used their huge political donations and fleet of lobbyists to manipulate the economic rules last time, wait until you see what they've cooked up now.

An outfit called the "Center for Individual Rights" -- which is a front group for the notorious Koch Brothers financial network and other mega-wealthy right wing CEOs -- has filed a lawsuit asking the U.S. Supreme Court to substantially weaken the ability of working people to negotiate together for better wages and working conditions.

The case will be argued in January. If the court rules in favor of the corporate CEOs, it will turbo-charge their efforts to divert an even greater portion of the country's income into higher pay and bigger bonuses for them and billionaire investors like the Koch's.

It's really quite astonishing when you take a step back and think about it. The CEO and billionaire class has already been so successful in changing the economic rules that they have managed to siphon off virtually all of America's economic growth over the last 15 years. But that just isn't enough. Their greed seems insatiable.

Now they want to make things even worse for ordinary people by making it harder for them to negotiate together to raise their pay.

The case before the court is called Friedrichs v. California Teachers Association.

The law stipulates that when the majority of people vote to form a union, the union is required to represent everyone in the workplace, whether an employee is a union member or not.

It is also settled law that anyone who decides they don't want to be part of the union (a right that all employees have), but who benefits from the agreement on wages and benefits the union negotiates, should contribute their fair share of the cost of negotiating and administering that agreement.

But the Center for Individual Rights, and their corporate CEO backers, want to take away this basic right of working people -- to come together and negotiate as a group in order to secure safe working conditions, and wages and benefits that allow them to support a family.

That basic right benefits the entire community, since if ordinary people have money in their pockets, they turn around and spend it at stores and shops and buy products that create more jobs.

Right now the case is restricted to "public employees," but if they win on this case, you know what's next -- the same restrictions on the rights of workers for all employees.

The lawsuit has been brought for one and only one reason. The Koch Brothers and the other CEOs want to weaken -- and ultimately eliminate -- the rights of workers to band together into unions and negotiate over wages and working conditions. Then the CEO gang would have unlimited power to pay their workers as little as the market will bear, while keeping as much as possible for themselves.

After all, they know that in an increasingly global economy, if they don't have to negotiate with their employees over wages and working conditions, they can drive wages lower and lower.

They know that if they make yet another change in the rules governing the economic game, they can make our economy even more unbalanced than they have made it over the last 15 years.

Don't believe me? Just take a look at the record of the Center for Individual Rights--or CIR.

Two lawyers from a Washington right wing think-tank, who built their reputations challenging civil rights measures, founded CIR in in 1989.

Since then CIR has followed through on the founders' anti-civil rights focus by challenging the 1965 Voting Rights Act that was the product of the battle for voting rights in Selma. In addition to challenging the rights of employees to negotiate with employers, CIR has also concentrated heavily on attacking affirmative action programs.

According to the Center for Media and Democracy, funders to CIR include a parade of right wing, anti-labor organizations, foundations and donor advised funds. These include: the DonorsTrust, the Donors Capital Fund, and the Claude R. Lambe Charitable Foundation, and many groups in the Koch Brothers network such as the Dick and Betsy DeVos Family Foundation, and the Lynde and Harry Bradley Foundation, which was instrumental in the legislative attack on labor in Wisconsin. Others include the John M. Olin Foundation, F.M. Kirby Foundation and Sara Scaife Foundation.

Early on, CIR even got several grants from the Pioneer Fund, an overtly white supremacist organization that supports eugenics.

Several organizations in the Koch Brother's CEO network have filed amicus (Friend of the Court) briefs including: the National Right to Work Legal Defense Fund, the CATO Institute and the Mackinac Center that was a major player in the 2012 anti-union legislation enacted by Michigan.

The lead council on the Friedrichs vs. CTA case is Michael Carvin, an attorney with the corporate law firm Jones Day. Among other cases, Carvin argued King v. Burwell--the challenge to the Affordable Care Act.

All of this is part of a long-term, highly orchestrated campaign by right-wing, CEO-backed organizations to undermine the bargaining power of ordinary working people. They are very explicit about their goal of a "union-free" environment; one where a company's workers have no rights and have to accept whatever pay and working conditions the billionaires and Wall Street Banks that own them will offer.

They do not believe that a company's employees should have anything to say about their wages or working conditions. They want the market -- which is to say the owners -- to have complete control over what they see fit to pay.

They have chosen to begin their attacks on the rights of ordinary workers by taking on public employees. And, of course, the CEO class has no interest in paying public employees like teachers, firefighters and water safety inspectors descent wages, since instead they want taxes on the rich to be even lower.

But don't be fooled. Their attack won't stop with public employees. If they win there, they plan to expand those attacks to working people throughout the country.

The CEO crowd already makes an average of 354 times the pay of their workers. The CEO of Chipotle makes 1,522 times the rate of his average employees and the CEO of Walmart makes 1,133 times as much.

Some of the hedge fund mangers that invest in these companies literally make $500,000 per hour. That's not a typo. Ken Griffin the billionaire hedge fund manager who has joined with Governor Bruce Rauner in Illinois to attack the rights of working people to negotiate their salaries and working conditions, made $1.1 billion in 2014. That's $528,000 per hour.

These are the kinds of people behind the Friedrichs lawsuit. Unbelievably, they want to make even more.

Poll after poll shows that ordinary Americans are saying no -- enough is enough. Ordinary Americans want their government to take action now to stop people like Ken Griffin on their march to unlimited wealth and economic power.

Everyday Americans are way ahead of the politicians. By big numbers, they want their political leaders to restore rules of the economic game that will allow us to build an economy that benefits all Americans -- not just the wealthy few.

For decades, the Supreme Court has affirmed the constitutionality of labor laws that provide ordinary people the right to negotiate their wages and working conditions. The Court has also held that fair share payments by non-union members to pay the costs of negotiating and servicing labor agreements are clearly constitutional.

Now the Supreme Court must listen once again to the common sense of everyday people and refuse to make even more changes in the rules of the economic game that will benefit a tiny sliver of the wealthiest among us at expense of the vast majority of Americans.

Robert Creamer is a long-time political organizer and strategist, and author of the book: Stand Up Straight: How Progressives Can Win, available on Amazon.com. He is a partner in Democracy Partners and a Senior Strategist for Americans United for Change. Follow him on Twitter @rbcreamer. 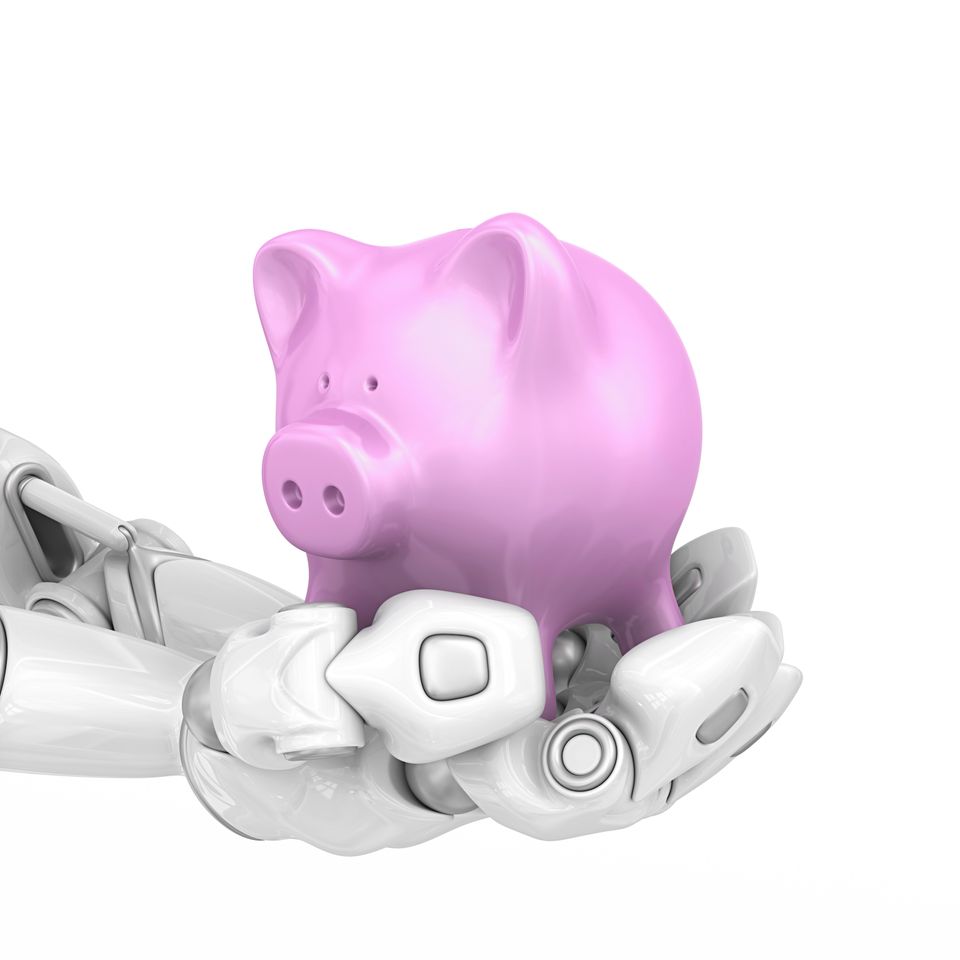 1 / 9
Get It Automated
“The easiest way to save a bit of dosh is to automate your saving,” says Vivi. “Set up a standing order with your bank and take the hassle out of remembering to save. If £50 or even £20 is saved each month (especially into a new ISA) your pot will get bigger fast. Increase the amount you save by £10 or £20 on your birthday, at the start of a new year and at Halloween and watch your money grow.”
pagadesign via Getty Images