I have never been shy when it comes to asserting my opinions about the need for educators to "get with the 21st century program". My recent post on the need for a video game curriculum met with a very positive response. This post is along the same lines and deals with accommodating students in the field of music with a video game curriculum. One of those video games is titled Rocksmith, and being a former music teacher, I found this to be a very exciting and innovative approach to teaching music.

Rocksmith has its roots in the rhythm-style games of the late 90's, such as Guitar Hero and Rock Band. Many gamers who were enjoying games like Guitar Hero were probably wondering, "Why don't we use a real guitar to play these games"? Just imagine if kids were spending hours playing these rhythm games, and learning to play an instrument at the same time. I would venture to say that these kids would be rock gods! 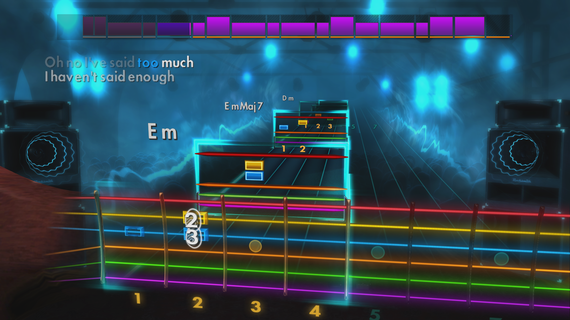 Ubisoft (the company who created Rocksmith) saw an opportunity to take these rhythm-style games and offer gamers the opportunity to become musicians. Thus Rocksmith was born. This is significant because for the first time in a gamer's life, the video game became not only a piece of entertainment but also a learning tool.

Paul Cross, creative director of Rocksmith and a gamer/musician stated "For the first time we realized that the word "learn" was not a bad word." I found this to be a powerful quote. A gamer, in a position to make a difference in education as a creative director for a major video game company, realized that video games can also be a stage for gamers/students to "learn". He and his team were right and Rocksmith is proof that you can learn the lead guitar, rhythm guitar and/or bass guitar in a game based learning environment. I can say this with confidence because I have been experimenting with the game, and my skills on the guitar and bass have improved.

Let's look at the practical side of using a video game, such as Rocksmith, in a general music classroom. Here is an example of how I envision Rocksmith being used:

When I taught music, my guitar class was an elective and typically had about 20 students per semester. I could see Rocksmith being used in small group sessions. I would recommend having two stations of Rocksmith (two TVs, gaming systems, and Rocksmith, total cost around $1000).

1. Rocksmith Performance: This group would consist of two-four students because Rocksmith lets you run two instruments at once with one being lead and one rhythm or one bass and one lead etc. I would allow this group to work independently while learning advanced skills with the understanding that they will perform their pieces in a recital.
2. Rocksmith Skills: This group would also consist of two-four students. Rocksmith has a great method for teaching the beginning skills independently. It is slow and methodical, yet a lot of fun which is perfect for any remedial learner or students who need to "polish" their fundamentals.
3. Face to Face Teacher group: With around 4 students in the advanced group and around 4 in the remedial group, you are left with 12 students to work and be guided by the teacher.

Students could be rotated in and out of these groups so that all students would have the opportunity to work with the teacher. This would be a great structure for any guitar class and one that is almost guaranteed to see positive results. 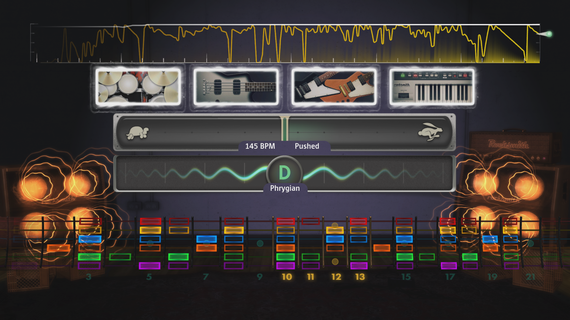 Now let's turn our attention to how we will be assessing these students. Never fear, technology is here! Rocksmith keeps your progress updated so it is easy to look at a student's progress on their song of choice, as well as their progress on fundamentals. Homework can be assigned using the cloud. Many gaming systems use the cloud now to store your progress on "games" (I love how we can now use the word game, because it is not only a game, it is a learning tool). When the student gets home they can pull up their progress from the cloud and work on their songs or work on their individual assignments.

Does this not sound like a 21st century music class? Can you picture the room when you come in and see groups of students playing guitar or bass at various levels, maximizing their time with the instrument, using a video game! I wish I could have been in a music class like this!

Some of you might be thinking: But this is a music class and doesn't pertain to me. Think about the possibilities of using this type of gaming technology in regular classrooms. Think about a station in your classroom where students can learn to play an instrument independently. Have you read the interesting research on the benefits of playing an instrument? Stay tuned for more information on the exciting aspects of music! 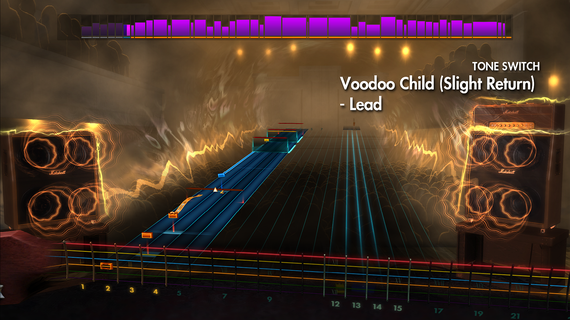