In the "Star Trek" TV shows and films, the U.S.S. Enterprise's warp engine allows the ship to move faster than light, an ability that is, as Spock would say, "highly illogical."

However, there's a loophole in Einstein's general theory of relativity that could allow a ship to traverse vast distances in less time than it would take light. The trick? It's not the starship that's moving — it's the space around it.

In fact, scientists at NASA are right now working on the first practical field test toward proving the possibility of warp drives and faster-than-light travel. Maybe the warp drive on "Star Trek" is possible after all. [See also: Warp Drive: Can It Be Done? (Video)]

According to Einstein's theory, an object with mass cannot go as fast or faster than the speed of light. The original "Star Trek" series ignored this "universal speed limit" in favor of a ship that could zip around the galaxy in a matter of days instead of decades. They tried to explain the ship's faster-than-light capabilities by powering the warp engine with a "matter-antimatter" engine. Antimatter was a popular field of study in the 1960s, when creator Gene Roddenberry was first writing the series. When matter and antimatter collide, their mass is converted to kinetic energy in keeping with Einstein's mass-energy equivalence formula, E=mc2.

In other words, matter-antimatter collision is a potentially powerful source of energy and fuel, but even that wouldn't be enough to propel a starship to faster-than-light speeds.

Nevertheless, it's thanks to "Star Trek" that the word "warp" is now practically synonymous with faster-than-light travel.

Decades after the original "Star Trek" show had gone off the air, pioneering physicist and avowed Trek fan Miguel Alcubierre argued that maybe a warp drive is possible after all. It just wouldn't work quite the way "Star Trek" thought it did.

Things with mass can't move faster than the speed of light. But what if, instead of the ship moving through space, the space was moving around the ship?

Space doesn't have mass. And we know that it's flexible: space has been expanding at a measurable rate ever since the Big Bang. We know this from observing the light of distant stars — over time, the wavelength of the stars' light as it reaches Earth is lengthened in a process called "redshifting." According to the Doppler effect, this means that the source of the wavelength is moving further away from the observer — i.e. Earth.

So we know from observing redshifted light that the fabric of space is movable. [See also: What to Wear on a 100-Year Starship Voyage]

Since Alcubierre published his paper "The Warp Drive: Hyper-fast travel within general relativity" in 1994, many physicists and science fiction writers have played with his theory —including "Star Trek" itself. [See also: Top 10 Star Trek Technologies]

Alcubierre's warp drive theory was retroactively incorporated into the "Star Trek" mythos by the 1990s TV series "Star Trek: The Next Generation."

In a way, then, "Star Trek" created its own little grandfather paradox: Though ultimately its theory of faster-than-light travel was heavily flawed, the series established a vocabulary of light-speed travel that Alcubierre eventually formalized in his own warp drive theories.

The Alcubierre warp drive is still theoretical for now. "The truth is that the best ideas sound crazy at first. And then there comes a time when we can't imagine a world without them." That's a statement from the 100 Year Starship organization, a think tank devoted to making Earth what "Star Trek" would call a "warp-capable civilization" within a century.

The first step toward a functional warp drive is to prove that a "warp bubble" is even possible, and that it can be artificially created.

That's exactly what physicist Harold "Sonny" White and a team of researchers at NASA's Johnson Space Center in Texas are doing right now.

According to Alcubierre's theory, one could create a warp bubble by applying negative energy, or energy created in a vacuum. This process relies on the Casimir effect, which states that a vacuum is not actually a void; instead, a vacuum is actually full of fluctuating electromagnetic waves. Distorting these waves creates negative energy, which possibly distorts space-time, creating a warp bubble.

To see if space-time distortion has occurred in a lab experiment, the researchers shine two highly targeted lasers: one through the site of the vacuum and one through regular space. The researchers will then compare the two beams, and if the wavelength of the one going through the vacuum is lengthened, i.e. redshifted, in any way, they'll know that it passed through a warp bubble. [See also: How Video Games Help Fuel Space Exploration]

White and his team have been at work for a few months now, but they have yet to get a satisfactory reading. The problem is that the field of negative energy is so small, the laser so precise, that even the smallest seismic motion of the earth can throw off the results.

When we talked to White, he was in the process of moving the test equipment to a building on the Johnson Space Center campus that was originally built for the Apollo space program. "The lab is seismically isolated, so the whole floor can be floated," White told TechNewsDaily. "But the system hadn't been [activated] for a while so part of the process was, we had the system inspected and tested."

White is now working on recalibrating the laser for the new location. He wouldn't speculate on when his team could expect conclusive data, nor how long until fully actuated warp travel might be possible, but he remains convinced that it's only a matter of time.

"The bottom line is, nature can do it," said White. "So the salient question is, 'can we?'" 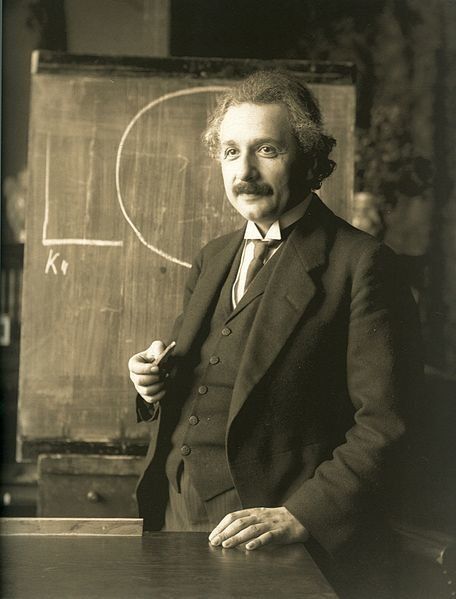