Remember the Greek mythological sirens, the seductive bird-women who lured nearby sailors to death by shipwreck with their beautiful, haunting voices? Warpaint is kind of like that.

You may love you some Cat Power or Mazzy Star, but it's something altogether different when it's four enchantresses singing together. You really haven't heard anything like it. And Warpaint's sound is not the only thing they invented: With a "ragdoll/tomboy/truck stop" look, these girls bring a whole new meaning to laidback Los Angeles.

The following year, Australian talented drummer Stella Mozgawa joined the band. Soon after, Warpaint created their highly acclaimed full debut album, "The Fool." In the spring and summer of 2011, the band toured 26 countries, playing at festivals including Bonnaroo and Coachella and with bands TV on the Radio, Bright Eyes, Band of Horses, Sonic Youth and The xx. Now, back home in Los Angeles, the foursome are working on their next album. HuffPost LA recently had a chance to catch up with the band -- check out the Q&A in the slideshow below. And, if you're feeling dangerous, have a listen to their mystical music videos. Enjoy.

Warpaint, A Girl Band Like No Other: MY LA (VIDEO, PHOTOS)
Warpaint 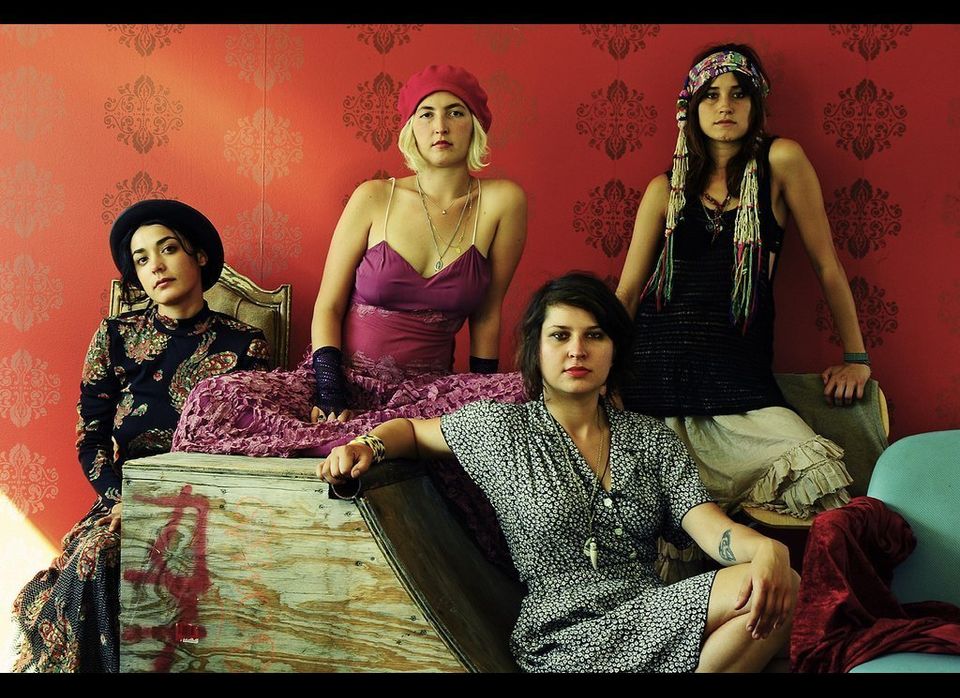 1 / 26
<strong>What is the craziest thing you've seen in this city?</strong> <strong><em>Stella</em></strong>: The first thing that comes to mind is stepping out of a club in Hollywood to a legitimate pimp spraying his business cards over a flock of women screaming "JUIIIIIIIICEEEEEE." They were all squealing and laughing. I didn't really understand the spectacle, so I picked up one of the cards and it read in gold lettering: "JUICE -- Entrepreneur." That's the precise moment I fell in love with America. <em>Photo of Warpaint: Jenny Lee Lindberg, Emily Kokal, Stella Mozgawa & Theresa Wayman (L to R)</em>
Mia Kirby