Warren Buffett's prostate cancer diagnosis and his decision to undergo radiation therapy underscores the difficulty of cutting back on medical tests and treatments of dubious value.

Each year, the U.S. health care system wastes as much as $850 billion, according to Thomson Reuters. Major physician groups have bought into a movement against overuse of diagnostic tests and treatments on patients who don't need them. It's part of a broader effort building for years that encourages doctors to tailor treatments to individual patients rather than order screenings and treatments as a routine. If it works, patients will be spared the physical and emotional risks of needless treatment and the U.S. health care system will save billions.

Cost isn't a concern for Buffett, the world's third-richest man, and only he and his physicians can know details of the Berkshire Hathaway chairman's diagnosis. But his case underscores the difficulty of establishing and adhering to guidelines about who should receive what medical care and when. His decision also serves as a reminder that it's not always easy to talk sick patients out of what they want -- even when they're contradicted by scientific studies.

“There is a limited amount that we as a country can afford to spend on health care,” said Glen Stream, a primary care doctor from Spokane, Wash., and the president of the American Academy of Family Physicians. “There’s a real distinction between rational care and rationing care," he said, and campaigns by medical societies like his to cut back on unneeded tests and treatments aren't the same as limits on care imposed by health insurance companies. "The term 'gatekeeper' just makes my skin crawl.”

Buffett is 81 years old, but received a prostate cancer test that isn't recommended for men after they reach 75, according to the U.S. Preventive Services Task Force, an independent expert panel chartered by the federal government. By that age, there's a good chance that men who develop prostate cancer will die of something else before cancer kills them. And the radiation treatments Buffett will begin in July can be more dangerous to older men than the cancer itself.

A lot of the waste in the health care system comes when a physician orders diagnostic tests that aren't appropriate for the patient. “You run enough tests, you will get findings that are borderline abnormal. Then you’ll have to run more tests and you may have to worry the patient. And most of the time, those turn out to be complete wastes," said bioethicist Thomas Murray, CEO of the nonpartisan Hastings Center in Garrison, N.Y. “It's not death panels," he said. “Doctors have a fiduciary obligation not to run tests that are not appropriate."

Abnormal test results can "set off a cascade of events," including more screenings, invasive tests like the biopsy Buffett received, and treatments including drugs and surgery that may be unnecessary, said Steven Weinberger, CEO of the American College of Physicians. Either out of habit or at a patient's insistence, physicians often wind up trying everything, he said. "Patient expectations are a big part of this," he said.

In an effort to change the culture of the exam room, a coalition of major medical societies recently launched a campaign called "Choosing Wisely," in which each organization, including the American College of Physicians and the American Academy of Family Physicians, recommends five things doctors should do less. Doctors should stop routinely ordering MRIs for lower-back pain, CT scans of the brain, chest X-rays, and cardiac stress tests without specific reasons.

The physician groups joined consumer advocates including the AARP and Consumer Reports magazine, which produces materials doctors can give patients to help them understand they aren't just being denied medical care. The American College of Physicians sparked a backlash and charges of health care rationing earlier this year when it advocated "parsimonious" care.

“There's a vast, gigantic ocean of stuff that we're giving patients that is not only low value, it’s harmful and physicians know it,” said the New America Foundation's Shannon Brownlee, the author of "Overtreated: Why Too Much Medicine is Making Us Sicker and Poorer." To change this, “it's going to take a cultural shift on the part of both sides of the stethoscope," she said.

See below for the five wealthiest billionaires in the world, according to Forbes: 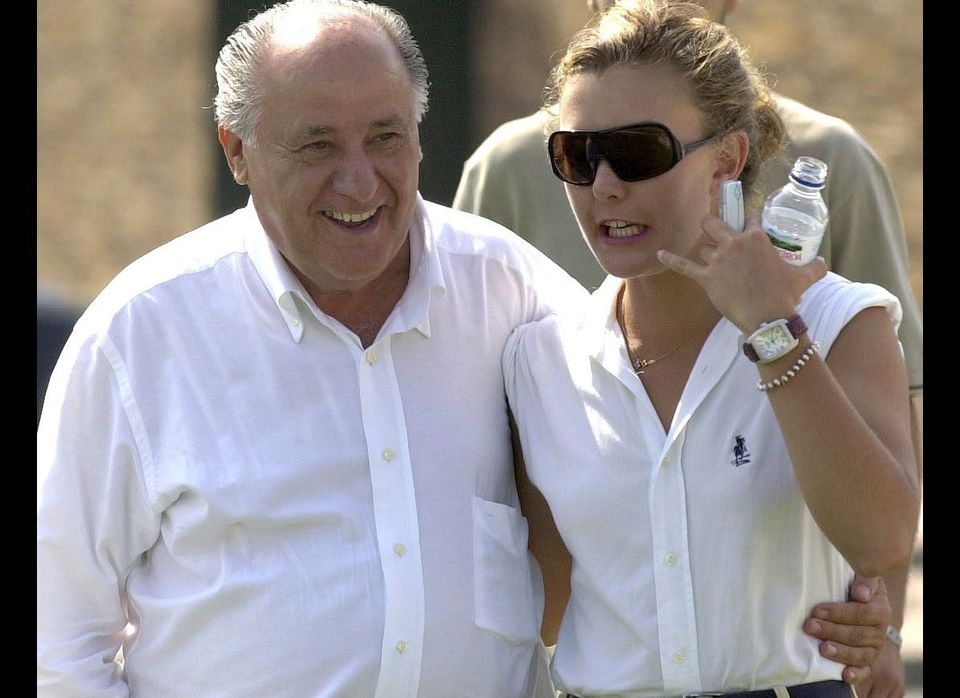 1 / 5
5. Amancio Ortega
<strong>Net Worth:</strong> $37.5 billion UP <strong>Source:</strong> Zara <strong>Citizenship:</strong> Spain <a href="http://www.forbes.com/profile/amancio-ortega/?partner=aol" target="_hplink">Ortega stepped down as chairman of his global fashion firm</a>, Inditex, in January 2011, but the company hasn't missed a beat. Shares are up one fourth in the past year, helping boost his fortune by $6.5 billion and pushing him into the global top 5 ranks for the first time. Ortega paid $536 million to billionaire Esther Koplowitz in December for Torre Picasso, a 43-story skyscraper in Madrid. He also owns Epic Residences & Hotel, a luxury 54-story waterfront condo and hotel development in Miami. Other personal holdings include a stake in a soccer league and a horse-jumping circuit. A railway worker's son, he started as a gofer in a shirt store. With then-wife Rosalia Mera, also a billionaire, he started making dressing gowns and lingerie in his living room. His daughter Marta, who works for Inditex, married Spanish equestrian star Sergio Alvarez Moya in February.
javier rodriguez El Pais Photos/Newscom