When we daydream about winning the lottery, we imagine owning stunning digs in each exotic corner of the globe. So when we learned that one of the richest people in the world, billionaire Warren Buffett, chooses to continue to reside in the home he bought in 1958 for $31,500 in the Dundee-Happy Hollow Historic District of Omaha, Nebraska where he was raised, we were definitely surprised. (And thankful that our time mindlessly browsing Wikipedia ended up being productive!)

As the chairman and CEO of Berkshire Hathaway, and named one of the most influential people in the world by Time Magazine, we would picture him to be in something more extravagant than this well-kept gray stucco house, which Forbes Magazine says is approximately 6,000 square feet. (We're guessing the property has had a few additions over the years.) The property was last assessed in 2003 for $700,000 -- still a modest price for a billionaire. 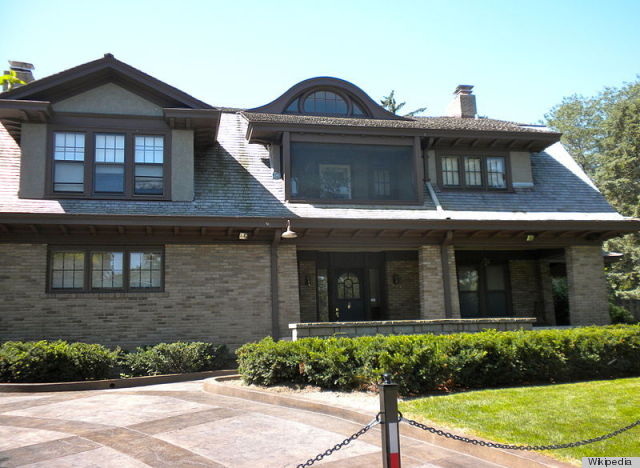 But, this isn't his only property. Forbes reports that Buffett allegedly also owns a home in Laguna Beach, California valued at about $4 million, but reminds us "that's still less than one hundredth of a percent of his estimated net worth." Wow, he's quite a saver.

Click through our slideshow of other celebrity homes, and let us know which ones you wouldn't mind living in.