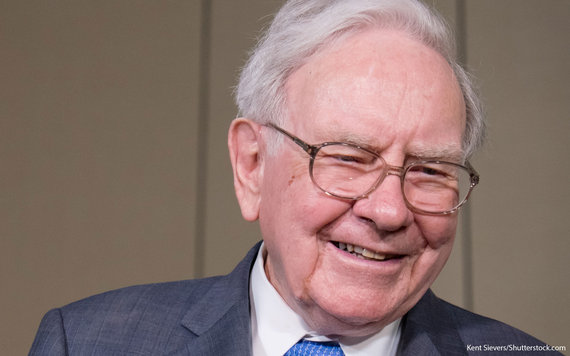 Warren Buffett's Berkshire Hathaway disclosed a regulatory filing on Monday revealing the firm acquired more than 9.8 million shares of Apple stock for $1.1 billion during the first quarter. This is the first time Warren Buffett has invested in Apple, and the sheer volume of his stake in the company comes as a surprise to many, as he's largely shied away from tech in the past.

Find out why Berkshire Hathaway invested in Apple and whether you should join in.

Berkshire Hathaway's major purchase comes just a few weeks after Apple investor Carl Icahn announced he sold his approximately 46 million shares of the company for around $2 billion owed to fears the iPhone maker can't successfully navigate the Chinese market -- its second largest after the U.S.

In July 2015, Apple traded upwards of $130 per share, but ended the first quarter of 2016 at $108.99, reported The Wall Street Journal. In April, Apple reported its first drop in iPhone sales, causing the company's total revenue to drop 13 percent to $50.6 billion.

Here is a glimpse at Apple's revenue over the past 13 years, including its first decline, according to Statista. 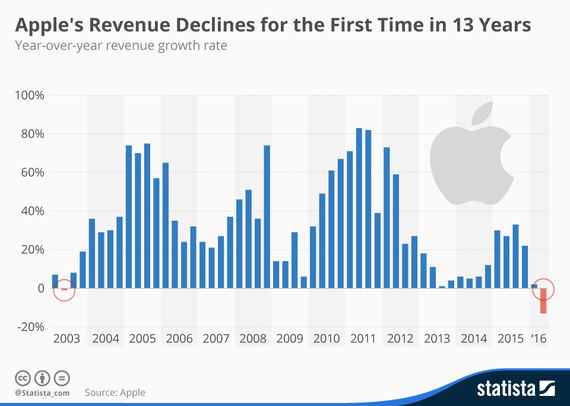 Despite the tech giant's current turmoil, Berkshire Hathaway likely viewed the purchase as a savvy opportunity, because shares are currently down. Berkshire Hathaway's stake in Apple cost approximately $109 per share.

See: Warren Buffett's No. 1 Investment Strategy That Anyone Can Follow

It is worth nothing that Warren Buffett himself did not purchase Apple stock. The Oracle of Omaha confirmed in an email that one of the members of his investing team, Todd Combs or Ted Weschler, made the call to invest $1.1 billion in the tech company, but he didn't say which one.

Berkshire Hathaway holds 81.2 billion shares of IBM -- but the value of the investment has dropped 20 percent since it was disclosed in 2011. In total, Berkshire Hathaway has paid slightly more than $13 billion for its IBM stake. That stake was valued at $12.4 billion at the end of the first quarter.

Should You Invest in Apple Stock?

Warren Buffett investments typically pay off and it seems people are ready to follow his lead on Apple. After news of Berkshire Hathaway's major acquisition, Apple stock prices soared from $90.52 at close on Friday to $93.68 as of 1:24 p.m. EST on Monday.

While Berkshire Hathaway's IBM investment hasn't paid off, it's too early to tell whether it will be a flop. The same can be said of Apple's future in Chinese markets, despite the company's unsettling first quarter earnings.

This article, Warren Buffett Invests $1.1 Billion in Apple Stock: Should You Invest Too?, originally appeared on GOBankingRates.com.