Most may not associate the words "Warren Buffett" and "rage" too closely, but last night the Oracle of Omaha did exactly that.

The famed investor joined other huge names like Ashanti, Russell Simmons and Spike Lee last night at the re-opening of his pal Jay Z's Manhattan club 40/40. At the party, the 81-year-old, best known for his financial savvy, rocked Jay Z's diamond sign.

This isn't the first time that the two super rich men have been spotted together. Jay-Z made an appearance in an episode of Buffett's "Secret Millionaires Club," an animated series about a group of youngsters led by Buffett as they tackle financial emergencies. In the video, the husband of Beyonce and father of Blue Ivy Carter schools the kids on giving back.

The two also appeared together in an interview with Forbes in 2010 where they discussed the secrets of their success. Both touched on the value in having a wealth of experience and trusting their gut.

Hopefully Buffett won't face the same scrutiny for using the Roc-A-Fella sign that Jay-Z did years ago. In 2005, former pro-wrestler Diamond Dallas Page sued the rapper, alleging that he came up with the hand symbol first, according to a 2005 report from MTV News.

Check out more photos of Buffett hanging out with Jay-Z at the club below: 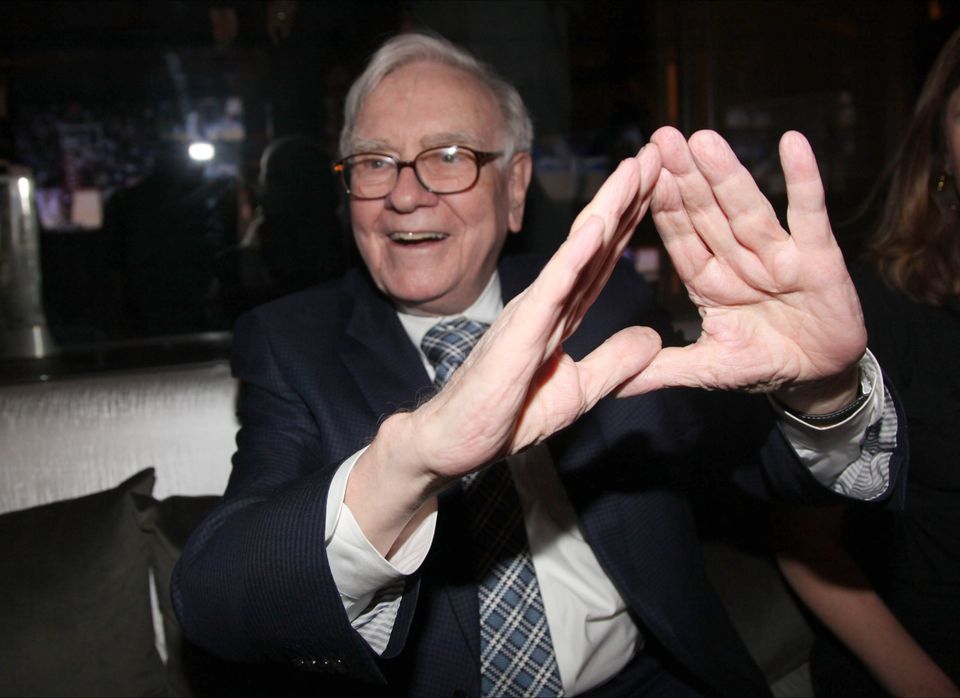 1 / 9
Diamond Sign
The Oracle of Omaha flashes the diamond sign at the re-opening of Jay-Z's New York City club 40/40.
Getty