Warren Buffett, the CEO of Berkshire Hathaway, has been on a media tear over the last few days, with the obligatory news peg being the company's annual shareholders meeting. Here's exactly what the Oracle of Omaha has had to say:

On income inequality: "The rich have come back strong from the 2008 panic and the middle class havent and that effects demand and that effects the economy," Buffett told CNNMoney. "We don't need to have the extremes of inequality that we have. The people at the bottom end should be doing better. I think it behooves this very rich country to have less inequality than we have."

On the economy: "We've encountered far worse problems than we face now," Buffett said over the weekend. "This is not our toughest hour."

On immigration reform: "I think we should have a more logical immigration policy," Buffett told ABC's "This Week." "It would mean we would attract a lot of people, but we would attract the people we want to attract in particular -- in terms of education, tens or hundreds of thousands of people. We enhance their talents and have them stick around here."

On his successor: "The key is preserving a culture and having a successor, a CEO that will have more brains, more energy, more passion for it than even I have ... We're solidly in agreement as to who that individual should be," Buffett said over the weekend.

On the Internet sales tax: "I think the fairness argument is compelling," Buffett told CNBC in an interview alongside former Microsoft CEO Bill Gates. "You've got thousands of merchants here in Omaha and have people walk into those stores, look at the item, and then order it from somebody out of state and then not pay a sales tax." The Senate passed a bill Monday that would subject most online purchases to sales tax.

On women in the workplace: "Fellow males, get onboard," Buffett wrote in an essay for Fortune last week. "The closer that America comes to fully employing the talents of all its citizens, the greater its output of goods and services will be."

On JPMorgan Chase CEO Jamie Dimon: Buffett told CNBC's Squawk Box that he believes Dimon should keep both roles as Chairman and CEO. Dimon is facing a shareholder vote later this month that could strip him of his chairman role.

Finally, on being happy: "Find what turns you on," the Oracle of Omaha told CNBC. 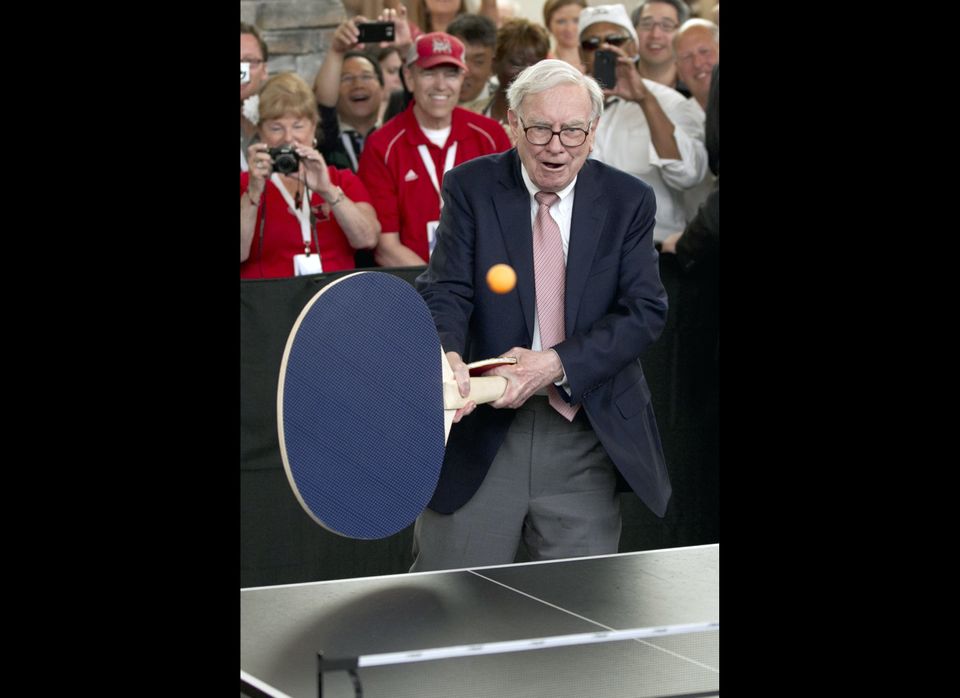