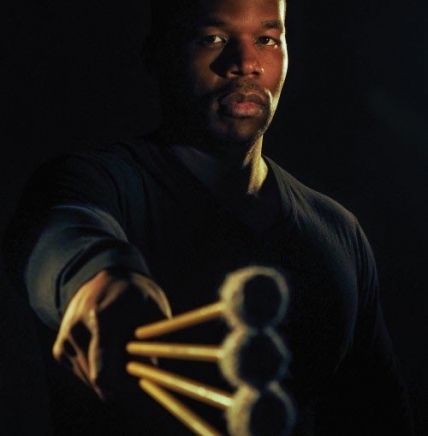 The title of vibraphonist/multi-instrumentalist Warren Wolf is Convergence, a coordinated coming together of forces toward a single goal. In this case the forces are the formidable musicians that have come to take part in Wolf's vision of music. The core band is made up of Wolf on vibes, marimba and pianos, Christian McBride on bass; Jeff "Tain" Watts on drums and pianist Brad Mehldau along with two songs that feature John Scofield's soulful guitar work. Co-producer McBride wanted to bring the young lion of vibraphone into the spotlight and test his mettle by pairing him with this group of no nonsense talent. Wolf more than rose to the occasion, with the result a recording that combines grit, funk, swing, soul and outright beauty into one of the most satisfying albums of the year.
The fun begins right from the opening bars of Wolf's funky cha-cha shuffle "Soul Sister," the perfect vehicle for Scofield's twisted electric blues guitar as McBride and Watts drive the groove. Wolf's melodic vibes have a sensuous smoothness to them, that cover you like silky lotion. 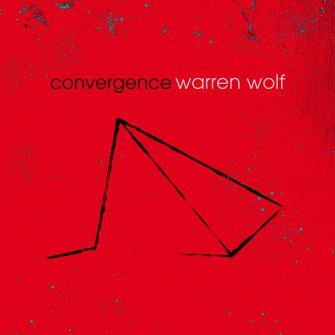 On his "Four Stars from Heaven" the interplay with Mehldau is particularly insightful. The pianists signature angular sound darts perfectly with the intuitive rhythm section of McBride and Watts. Mehldau is a master of building tension in his solo. Wolf feeds off the inspiration and juxtaposes his own solo with a marvelously relaxed approach, building tension in a series of cascading arpeggios that get increasingly faster. He brings the band back together for another Mehldau solo that rollicks as Watts creates a tumult of sounds on his toms, snare and cymbals before the band fades into the dreamy sounds of Wolf's vibes at the coda.

Wolf reduces the band to a duo for" King of Two Fives" where he and McBride play off each other in a delightfully swinging conversation. McBride is a master of his instrument and hearing him play with such seemingly effortless facility is a pure joy. Wolf's unobtrusive vibes are the perfect accompaniment during the bassist's forays, lending beautiful sustained harmonies to the music.

Dave Samuel's "New Beginning" utilizes another duo, this time Wolf and Mehldau. The melody and beautiful sensitivity both players reveal recalls Bill Evan's on "Blue in Green" in part. Mehldau's solo is Evanesque in his approach enhancing the connection to the old standard. These two have a great chemistry and the conversational quality and utter beauty of their musical dialogue is quite moving, reminiscent of the work of Corea and Burton did on their famed "Crystal Silence."

"Montana" is a Bobby Hutcherson composition that is the epitome of a "chill" tune. Wolf employs the trio on this one, a subtle bass line and traps. The vibraphonist creates the dreamy landscape by overdubbing his own vibe accompaniment to his single note solo work on Marimba over the top with the effect being quite enchanting. Lay back on your lounge chair and enjoy this one with a tall one and you are sure to relax.

The full ensemble is back for "Havoc," a fusion tune written by Wolf but inspired by guitarist's Scofield's "Trim." The group hard charges as Wolf and Scofield trade licks in a test of spontaneous creativity. The ensemble is tight as they whirl through some complex, serpentine passages at both the beginning and the end of the tune. Like oil and vinegar go together, Scofield's guitar ekes out his nasty pungent sound and Wolf replies with his own tasty viscous flow of notes.

One of my favorite song's of the early seventies was bassist Gene Perla's "Transgiversation" that I first heard on Elvin Jones' classic Merry Go Round from 1971. The title according to that album's liner notes means "...something like the act of changing one's mind continually, of being a renegade." On it two monster Fender Rhodes players Chick Corea and Jan Hammer played opposite each other trading licks to this wonderful fast paced melody as Perla's bass held the beat and Elvin played exquisite brushes. Here Wolf, McBride and Watts play this swinger to perfection. Wolf's vibes mimic the Rhodes sound perfectly. McBride takes an auspicious solo that wasn't present in the Jones/ Perla original, but is fabulously swinging and Watts keeps the pace pushing in true Jones-style. Wolf doesn't have another lead foil to do battle with, but no matter, his endless creativity is amply up to the task of making this an awe inspiring rendition that put a smile on my face.See for yourself.

Stevie Wonder's "Knocks Me Off My Feet" is a slow sensual ballad that features Wolf as the multi-instrumentalist. This time he overdubs a piano accompaniment and his marimba solo work on top of his vibes as McBride and Watts provide subtle rhythmic support.

The reverential sound of Wolf's warm marimba kicks off his "A Prayer For the Christian Man" with its deliberate back and forth sway accentuated by McBride's undualting bass. The dirge-like song takes its inspiration from John Coltrane's "Alabama" and Wolf's deeply moving mallet work is as reflective as you'll find. The Coltrane inspiration is carried on by a stirring Elvin Jones-like poly-rhythmic burst at the end by the formidable Jeff "Tain" Watts.

The finale is all solo Wolf, playing the delicate hollow sounding Marimba, first on sensitive rendition of Hoagy Carmichael's "Stardust" joined in medley with a utterly fantastically whimsical version of the classical piece, Chopin's Minute Waltz.

Warren Wolf's music on this album ranges from the burning to the sublime and does it all with an easy aplomb. The excellence of Convergence marks Wolf as a major player on the contemporary music scene whose time has come.